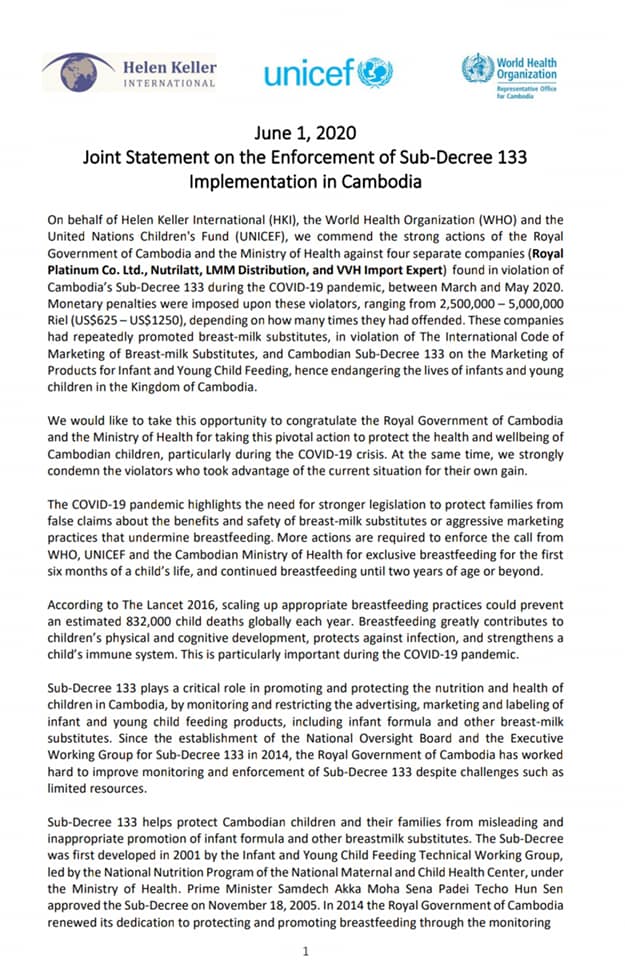 On 29 June 2020, the World Health Organization (WHO), United Nations International Children’s Fund (Unicef) and Hellen Keller International (HKI) issued a joint statement to applaud the action taken by the Royal Government of Cambodia and the Ministry of Health in an effort to enforce the Sub-decree 133 against and strongly condemn four separate companies such as Royal Platinum Co. Ltd, Nutrilatt, LMM Distribution, and VVH Import Export that were found in violation on the Sub-decree as they took advantage of the current situation for their own gain. These companies had repeatedly promoted breast-milk substitutes, in violation of The International Code of Marketing of Breast-milk Substitutes, and Cambodian Sub-decree 133 on the Marketing of Products for Infant and Young Child Feeding, hence endangering the lives of infants and young children in the Kingdom of Cambodia.