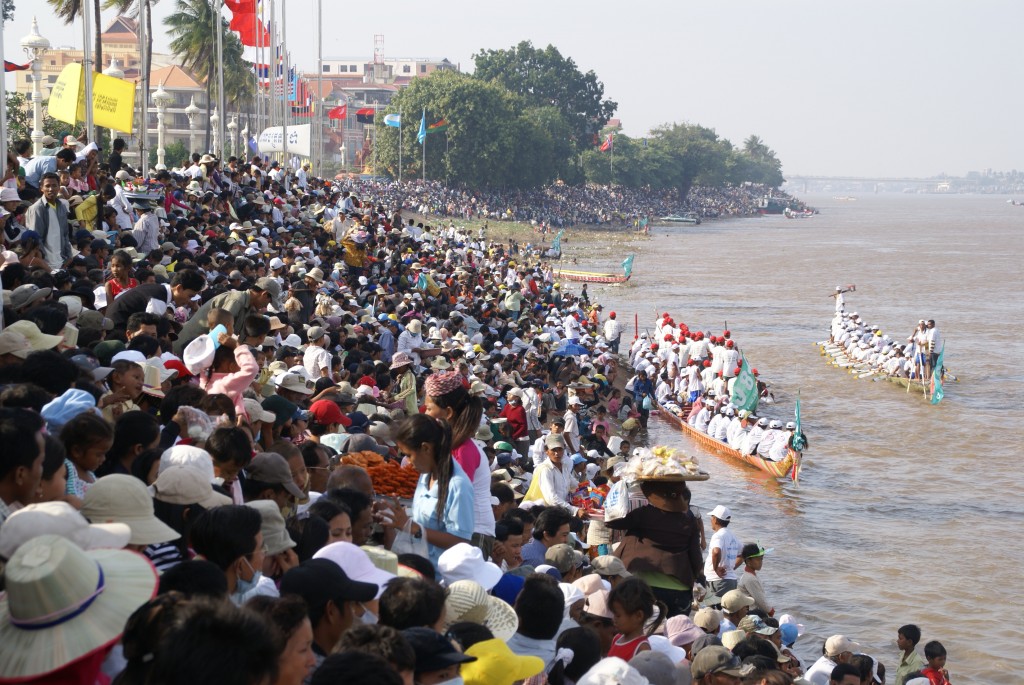 Cambodians gathering along the Chaktomuk riverside in Phnom Penh to watch boat racing during the Water Festival. Photo by Patrik M. Loeff, taken on 24 November 2007. Licensed under CC BY-NC-ND 2.0.

There are three categories of census conducted by the National Institute of Statistics of the Ministry of Planning, in cooperation with relevant institutions:3

The Statistics Law of Cambodia governs everything to do with conducting censuses. Censuses must be conducted at least once every ten years, with inter-censal surveys to facilitate annual updates of census data. This provides accurate and reliable economic and social statistics for government policy makers and other users.

General Cambodia Population Census surveys were conducted in 19984, 2008 and 2019 with financial and technical assistance from the United Nations Population Fund (UNFPA) and Japan International Cooperation Agency (JICA). These censuses recorded:

Censuses are carried out through house-to-house visits over a ten-day period. Everyone staying in Cambodia at census time is counted, including foreigners, although foreign diplomatic corps and their families are excluded. Census results are produced in hard and copy, and also made available through the National Institute of Statistics’ website.

The most recent census would normally have been due for 2018, but because there was a general election in 2018, the census was moved to March 2019.5

Like other fast developing countries, Cambodia’s growing population is adding more demand to aging and/or inadequate infrastructure, and also adding to the pressure around land issues. In addition, while the majority of the population still live in rural areas, there is an increasing trend towards urbanization, as the country changes from an agrarian-based to a service- and production-based economy.

While Cambodia has had a notably young population since age statistics started to be recorded again in the 1990s following years of civil war, data show an upward trend in life expectancy, which should also continue to lift the median age of the population.

* The 1998 census did not report on life expectancy, infant mortality or median age; however a median age calculation for 1998 was reported on page 36 of the 2008 full census report.

Related to population and census