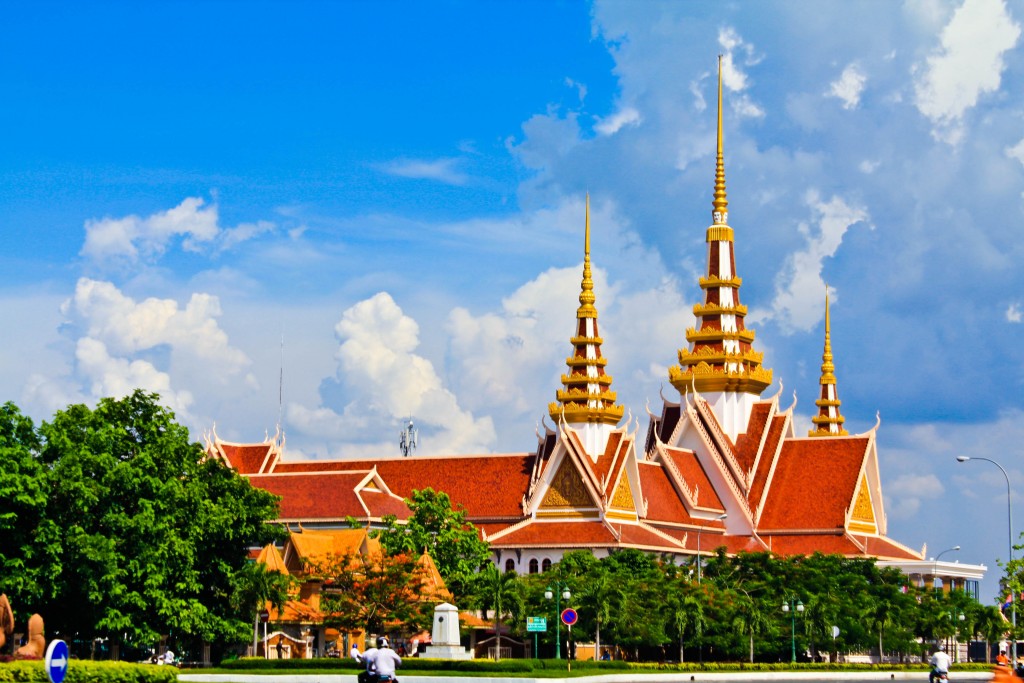 With a constitution written a little more than 20 years ago, the current rule of law in Cambodia is relatively new, and continues to be shaped by many internal and external factors and agents.

Each law and decree sits in a hierarchy and must conform to those of a higher level.

As the Constitution dictates all law in Cambodia, the Constitutional Council of Cambodia (CCC) rules on any questions raised about the constitutionality of existing laws, proposed draft laws and administrative acts. While the decision of the CCC is final and binding, it cannot itself question a law or act, but can only respond to referrals from authorized bodies and individuals. The CCC has nine members appointed by the King, the National Assembly and the Supreme Council of Magistracy for a term of nine years.2 The council cannot amend the Constitution, but advises the National Assembly of amendments.

There are instances where the hierarchy of law has not been followed.6 For example, Royal Decree No. 0806/339 dated 3 August 2006 allows for the reclassification of State Public Land to State Private Land (which can allow for Economic Land Concessions to be granted on State Public Land), appears to annul the provisions of the Constitution and Land Law 20017, which sits higher in the hierarchy of Cambodian law.

The judiciary and courts

The judicial system is composed of courts of first instance, appeals courts, and a Supreme Court. Under article 128 of the Constitution, the judiciary is independent, guaranteeing and upholding impartiality and protecting the rights and freedoms of the citizens. The Constitution leaves the functioning of the judiciary to be determined in a separate law.

Only judges have the right to adjudicate. A judge must fulfill this duty with strict respect of laws, wholeheartedly and conscientiously.8 Fair trial rights are embedded in a wide range of laws and procedural rules. The presumption of innocence, burden of proof, and rules governing the admissibility and exclusion of evidence, such as coerced confessions, are codified. While legal representation is a right afforded all Khmer citizens under the constitution, the country’s legal aid system has been criticized for its lack of funding and ineffectiveness. As of November 2013, despite a total of 74 legal aid lawyers working for government and NGOs, seven provinces had no legal aid lawyers.9

The Ministry of Justice is responsible for “protecting the independence of the judiciary”, along with civil affairs, criminal affairs and amnesty, prosecution of criminals, and international affairs.10

In November 2014, the United Nations Special Rapporteur on the Independence of Judges and Lawyers urged the King to block a package of laws seen as increasing executive influence through the Justice Ministry over the judiciary.11 In September 2015, the International Bar Association released a report declaring the justice system corrupt at each level, and substantially influenced by the ruling party.12 The Cambodian Ministry of Justice acknowledged that corruption was a problem, but asserted that the situation was not as bad as the IBA reported, also suggesting that the report does not fully “reflect the reality of progress with regards to judicial reform.”13

Cambodia ranked 112 out of 113 countries surveyed globally and last in the East Asia and Pacific region in the 2017–2018 Rule of Law Index, published by the legal non-profit World Justice Project.14 The index measures how rule of law is perceived in countries by scoring eight factors: constraints on government powers, absence of corruption, open government, fundamental rights, order and security, regulatory enforcement, civil justice and criminal justice. Cambodia’s poorest scores were for absence of corruption in government, open government and civil justice. It’s best score was for order and security, where it ranked 81 out of 113.

Cambodia’s 28 national and provincial prisons are administered by the Ministry of Interior’s Department of Prisons. Overcrowding in prisons has been a long-standing concern in both government and non-government organizations.15

There has been a sharp increase in the numbers of people imprisoned in Cambodia in recent years. Statistics reported from the General Department of Prisons show that in 2006 there were 9,634 people behind bars; by November 2016 the figure had more than doubled, to approximately 21,700.16 Then in January 2017 the government launched a major campaign against drug use, which resulted in a further surge in the prison population. By May 2018 there were 28,829 people in detention. Only 7,684 of these had received a final, confirmed conviction.17

In 2015, the Ministry of Social Affairs, Veteran and Youth Rehabilitation drafted a new juvenile justice law to allow young people to receive rehabilitation in place of imprisonment.18

In August 2017, Minister of Social Affairs Vong Soth said that a sub-decree establishing Cambodia’s first juvenile prison was being prepared.19 The centre would have capacity for 700–1000 inmates. Young people 14–18 are currently housed with adults in prison.