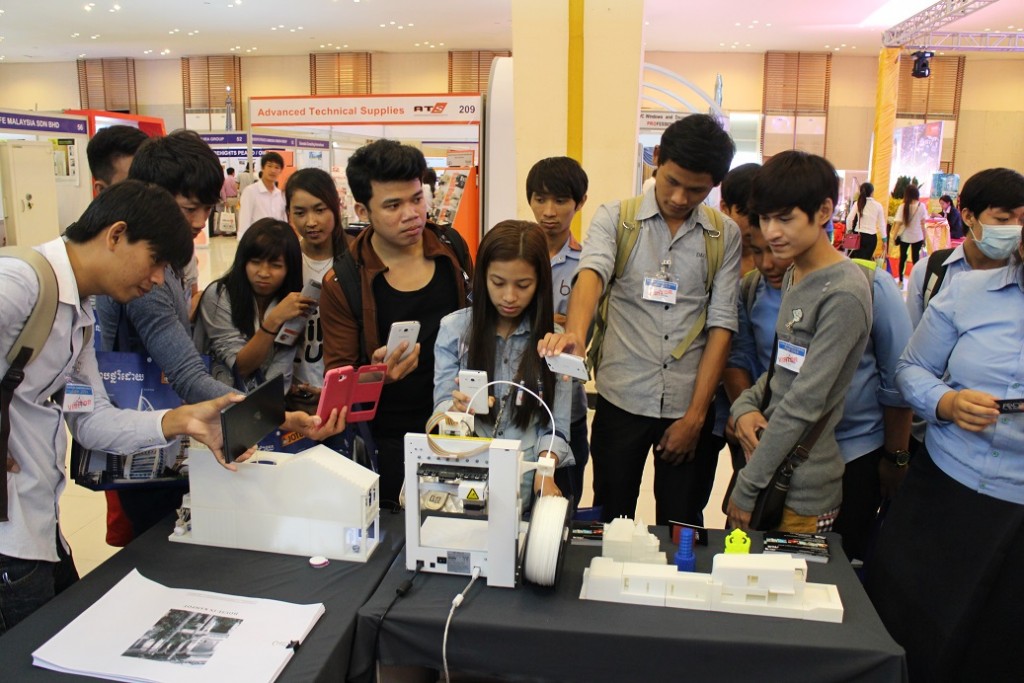 Cambodia has achieved considerable economic and social progress in the last few decades, but the country does not compare well with its neighbors in terms of knowledge-based development.

Changes are underway at the government level with the release of key planning documents on science and technology. There have also been rapid changes at the community level. As one example, the number of internet users in Cambodia has grown quickly in recent years and at the start of 2018 made up 50 percent of the population – close to the world internet penetration rate of 53 percent.1 Mobile phone connectivity is especially strong – Cambodia has the 7th highest ratio of mobile connections to population in the world, at 181 percent (29 million mobile connections).2

Cambodia’s draft National Policy on Science, Technology and Innovation was developed with input from ministries, NGOs and civil society.3 UNESCO’s Phnom Penh office helped the government to formulate the policy as part of the regional flagship programme “COMprehensive Programme to Enhance Technology, Engineering and ScieNCE Education” (COMPETENCE) in Asia.4

The Cambodia National Science and Technology Master Plan 2014-2020 was launched in October 2014 by the Ministry of Planning with support from the Korea International Cooperation Agency (KOICA). Industrial innovation is a key focus, particularly in the areas of agriculture, primary industries, and information and communication technology (ICT).5

The Cambodian ICT Masterplan 2020 for government was also launched in 2014.6 The plan aligns with the ASEAN ICT Masterplan 2015, to focus on  human resources, training and enhancing digital literacy (including for rural people), computer access of government employees, expanded ICT infrastructure, cyber security and more. Specific goals include one that 70 percent of Cambodian people are able to access the internet by 2020.

The government’s plans to diversify the country’s export base from garments into agricultural processing, light manufacturing, electronics and other areas require an appropriately skilled and educated workforce. However, data from 2014 shows that fewer than 6 percent of Cambodian university students were enrolled in a science major such as biology or engineering, while 46 percent studied accounting, finance or management.8

One of the goals of the first Cambodia Science and Engineering Festival in March 2015 was to encourage more young people to take up science-based education.9

The report Cambodian IT industry: Skills for a digital economy, released in early 2017, found that 75 percent of businesses could not find the IT staff they needed.10

Some private companies—such as Japanese electronics assembler Mineabea with 7,200 employees at the Phnom Penh Special Economic Zone—build their own training facilities.

By one estimate, over 70 percent of research and development funding in Cambodia is financed from the NGO sector or from abroad.11 As a point of comparison, the figure for Thailand is 2.5 percent.

A 2010 study of 15 universities found that, in general, research is not perceived as a core mission of universities.12 Generally, there is little data on Cambodia’s resourcing or funding of research and experimental development.13 Most universities do not have a clear research policy with supporting institutional mechanisms to promote both the quantity and quality of faculty research. There are few well-trained researchers, low salaries, unclear career paths, and an uneven spread of research facilities. There is currently no competitive funding program for supporting scientific research.

In the Global Innovation Index for 2018, Cambodia ranks 98th out of 126 countries.14 Within ASEAN countries, Cambodia is second after Singapore in FDI inflows and rates comparatively well in the state of cluster development. The country lags behind in many indicators, however,15 including patent applications.

By June 2017, however, the country had only granted 17 patents, according to the Patent Office.16 Cambodia’s patent applications are accepted through the Ministry of Industry and Handicraft.

There has been significant progress recognising international patents, however. In 2017 Cambodia became the first Asian country to grant validation to European patents. EU patent holders who follow a validation process can gain protection of their patent in Cambodia without having to apply for a Cambodian patent.17 (Pharmaceutical patents are excluded). A similar rule applies to Chinese invention patents.