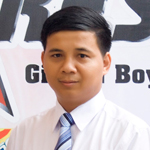 Mr. BE Chantra is the lead organizer of BarCamp in Cambodia, an international, innovative, and open technology conference. He is in charge of overall event planning, funding and coordination of all activities, ensuring the events run smoothly and meet expected outcomes. He has also organized and participated in many local events and workshops such as the Blogger Summit, Startup Weekend Cambodia, TechCamp Phnom Penh, Clogger Corner, Personal IT workshop, Mekong ICT Camp, youth camps, and regional Bar Camps. His goal has been to promote the effective use of technology tools for individual organizations and businesses. He has worked on the organization of private events and campaigns requiring social mobilization. Besides event management, he is also an online content, social media and marketing specialist. Chantra was elected chair of ODC’s governing board in October, 2013. 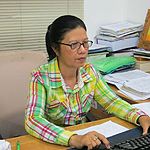 Ms. SIN Kim Sean is the Deputy Chief of Party and Grants Manager in the East-West Management Institute’s Program on Cambodian Civil Society Strengthening (CCSS). She is a lawyer, an arbitrator in labor field for Arbitration Council and arbitrator in commercial field for Cambodia’s National Arbitration Center and for the Singapore Institute of Arbitrators (SIArb). Kim Sean’s previous work experience includes being a programme officer at the Asia Foundation, a legal instructor at the University of San Francisco and then the Community Legal Education Center, a founding member of the Human Rights Task Force in Cambodia, and a researcher at the Legal Center for Research Documentation of the National Assembly. She holds a Master’s degree in International Laws and Economics from the World Trade Institute in Switzerland, a Bachelor of Law degree from Cambodia’s National Institute of Management and the Royal University of Law and Economics in Cambodia, a Certificate from the University of San Francisco, and a Certificate as a Legal Research Scholar from the University of Michigan in the United States of America. In these positions, Kim Sean has held to high ethical principles in pursuit of transparency and democracy, in both spirit and practice. 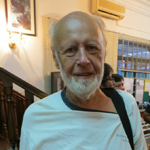 Mr. Norbert KLEIN, also one of ODC’s original advisory board members, is a patriarch of the Internet community in Cambodia, having been instrumental in setting up Cambodia’s Internet system in the 1990s. Norbert was also a founder and long-term head of the Internet Society of Cambodia, as well as a founder and board member of the Open Institute, an NGO leader in ICT4D. He set up and managed the Mirror, an early and long-running news aggregator, which operated from 1997–2009. Norbert is “actively retired.” He continues to consult and speak on Internet and Internet governance issues around the world. 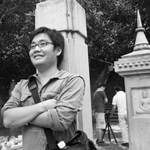 Mr. BUN Tharum is currently a communications lead at InSTEDD iLab Southeast Asia, a locally run innovation lab focused on the sustainable design and development of technologies for social good. A blogger and self-claimed digital diplomat in Cambodia since 2004, Tharum initiated the first technology conference BarCamp Phnom Penh. He also possesses an extensive background in online journalism and digital media. His works can be found on GlobalVoicesOnline.org, The Phnom Penh Post, Asian Correspondent, and Voice of America. Tharum is an alumnus of the International Visitor Leadership Program (IVLP), the U.S. Department of State’s premier professional exchange program. 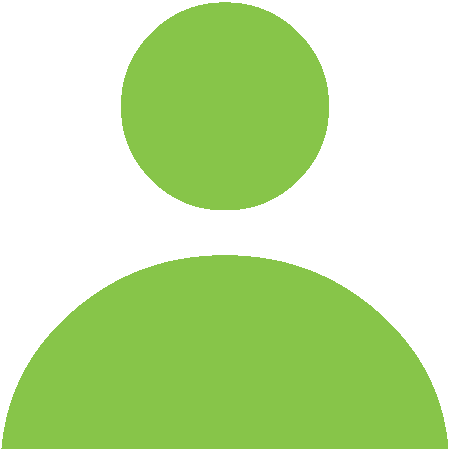 Mr.​ PUTH​ Chan​ Choth​ is​ an​ ICT​ manager​ of​ an​ international​ humanitarian​ organization​ in​ Cambodia.​ He​ is​ also​ a​ technical​ working​ group​ of​ CCC​ (Cooperation​ Committee​ for​ Cambodia)​ that​ help​ to​ contribute​ an​ effective​ use​ of​ ICT​ for​ civil​ society​ organizations​ as​ well​ as​ contributing​ of​ ICT​ section​ from​ NGO​ sectors​ to​ the​ government​ national​ strategic​ development​ plan.​ His​ education​ background:​ 2010​ Diploma​ of​ Leadership​ and​ Management,​ UK.​ 2004​ Diploma​ of​ Open​ Source​ Software​ and​ Integration,​ Japan.​ 2001​ Bachelor​ degree​ of​ Computer​ Science​ and​ Engineering,​ Cambodia. 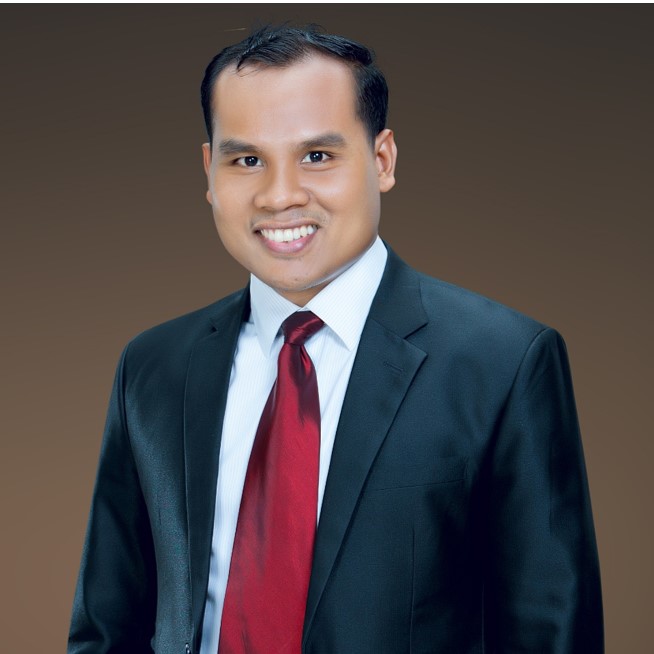 Mr. MOUN Vicheth has completed an outstanding bachelor of Philosophy in Yangon, Myanmar. He used to be an Editor and a member of Advisors Team of Annual publishedbooks of Cambodian Buddhist Students Monks Association in Myanmar between 2007 and 2010. The published books are the composed of life, virtue, social circumstances, humanity, good deeds and bad deeds, and family, etc. Those books are intended to inspire people to lead their lives on a virtuous path. He was also a coordinator of the Cambodian Buddhist Students Monks Association to the Cambodian Embassy in Myanmar and international donors. He was also a member of the discussing on the Law on Associations and Non-Governmental Organizations with representatives of the Cooperation Committee for Cambodia (CCC) and Ministry of Interior officials. He has a broad knowledge on the meditation retreat. He teaches people how to do mindfulness meditation techniques for managing stress and psychic power. 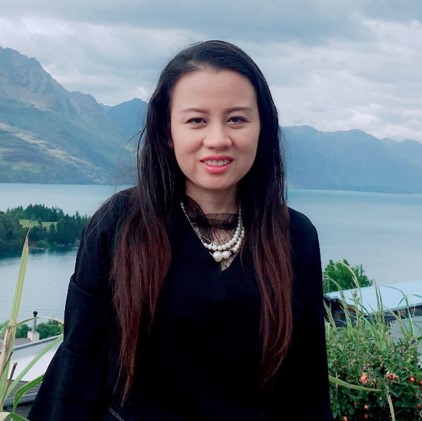 Ms. THOL Syvane is a recent graduate of Master of International Business from The University of Melbourne, Australia. She also holds a Bachelor of Finance and Banking at Royal University of Law and Economics, and a Bachelor of Education in Teaching English as a Foreign Language at Cambodian Mekong University, Cambodia.

In her university life, she was successfully granted a competitive LIVE (Lead, Intern, Volunteer, Experience) Project as a leading consultant, supported by Study Melbourne (Victorian State Government). She has worked closely in the communities and accredited as an awarded Leader, appreciation for high capability, and contribution on training and community development of leader programs such as becoming a mentor and performing a pivotal role in the Global Leaders Program. Besides, she is an assistant director of a law and taxation consulting company. Within her post, she is dynamic and enthusiastic, and actively assists in providing indispensable support to the team of processing, research, updates, analysis, and reviews of documents.

Furthermore, she has experience in financial institutions such as Mega International Commercial Bank and Cambodian Public Bank Plc. By utilizing her experience and skills, she has extensive knowledge and specializes in substantive credit and trade finance as one of the necessary skills to bring success to the business and social development. In addition to corporate matters, she has been selected highly and formally as an Alumni of Distinction awardee for the Faculty of Business and Economics, Melbourne. 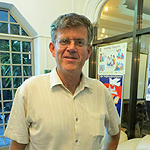 Mr. Ian RAMAGE is the founder and director of Angkor Research and Consulting. With a Master of Science degree in Psychology from the University of Wollongong, New South Wales, he previously worked as a psychologist in juvenile detention centers in Australia and, as a consultant, prepared interdepartmental policies and guidelines on child protection and the mentally ill for the New South Wales state government. He moved to Cambodia in 1999, where he became a visiting lecturer and course advisor in psychology at the Royal University of Phnom Penh. Since 1999, he has successfully completed over 120 research projects in Cambodia with UN agencies, bilateral donors and NGOs, with a focus on program and impact evaluations in the fields of public/reproductive health, social welfare, gender, environment, agriculture and socioeconomics. He transitioned to the ODC Board from the pre-board advisory group, where he was one of the original members 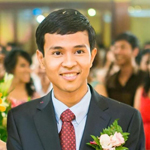 Mr. OUM Vantharith is an advocate for free and open knowledge movements in Cambodia. His interests span from #OpenData, to #OpenAccess, #OpenLicensing, #Crowdsourcing #OnlineCollaboration and micro-financing. He first got involved with the open source movement doing localization into Khmer language. Later he discovered Wikipedia and has been a volunteer since July 2006, becoming an administrator for Khmer Wikipedia in 2009. He is also a project lead for ccCambodia to promote the Creative Commons movement in Cambodia. His general areas of interest include foreign languages, photography and travel. 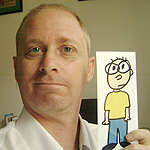 Mr. John WEEKS is an IT/open source enthusiast and educator. He has facilitated numerous socially responsible IT projects in Southeast Asia via House32 Web Design, and is currently managing Open-Comics.net.