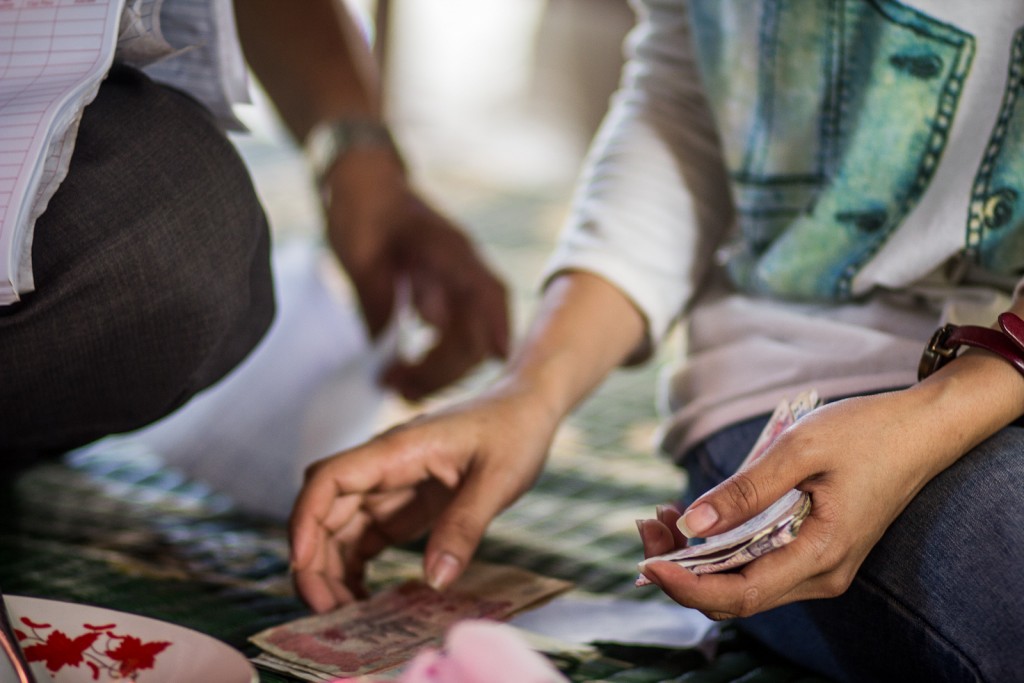 Cambodia re-opened for international trade in the 1980s, opened up to foreign investment in 1994, joined ASEAN in 1999, and became a member of the WTO in 2004. Its bilateral trade agreement partners include China, Thailand, Vietnam, Laos, Switzerland, Philippines, Bangladesh, Germany, Malaysia, the United Kingdom, Indonesia, Singapore, India, Uganda, Japan, North Korea and South Korea.1

In August 2017 the government announced plans to spend $5.4b on public investment 2018–2020 specifically for maintaining the current rate of economic growth while reducing poverty. 5

Cambodia’s growth is coming from industry, services and construction rather than agriculture. In 2018, for example, industrial output grew by an estimated 10.8 percent, services by 6.9 percent, construction by 19 percent and agriculture by just 1.8 percent.6

In July 2016, the World Bank officially revised the status of Cambodia’s economy, moving it from ‘low-income’ to ’lower-middle income’. The move is based on Cambodia’s estimated gross national income (GNI) per capita. Low-income economies are those with a GNI per capita of less than $1,025, while lower-middle-income countries are those between $1,026 and $4,035. While the change reflects an improved economy, it may eventually lead to a scale-back of foreign aid and preferential trade access.7

The World Economic Forum ranked Cambodia at 106th out of 141 countries in the 2019 Global Competitiveness Index.8 Cambodia was 110th out of 140 countries in the 2018 Index. In the different subcategories, it ranked highest for incidence of terrorism (no terrorism), mobile broadband subscriptions, ease of hiring foreign labor, domestic credit to private sector, non-performing loans, banks’ regulatory capital ratio, imports of good and services (% GDP) and insolvency regulatory framework.

In the World Bank’s 2019 Ease of Doing Business Index, Cambodia ranked 138th out of 190 countries.9 Before that, Cambodia sat in the 131st spot, meaning the Kingdom’s ranking has declined.

A report released in May 2017 by UN agency The Economic and Social Commission for Asia and the Pacific said that Cambodia needed to improve its governance and rule of law to promote greater development.10

In December 2017 Transparency International released its first-ever assessment of business integrity in Cambodia. “The private sector is frequently viewed as the supply side of corruption, making informal payments to facilitate permits, licenses, and tax declarations. Private sector actors who refuse to engage in corruption may face an uneven playing field in terms of establishing their business and claiming a share of the market.”

Cambodia’s current account deficit (as a percentage of GDP) increased from -10.9 percent in 2017 to -13.6 percent in 2018.11 As the Asian Development Bank noted, “Continued strength in FDI inflows more than offset the current account deficit, enabling gross foreign exchange reserves to rise to about $10 billion at the end of 2018, or cover for 5.6 months of imports. Reserves exceeded external public debt.”12

In March 2017 the ratings agency Moody’s confirmed its B2/stable sovereign rating for Cambodia, pointing to the country’s economic growth and stable external payments. The risks it saw were private sector credit growth, high dollarisation and a narrow economic base.13 The annual inflation rate (increase in the consumer price index) was 2.86 percent in May 2018.14

Ministry of Commerce figures show that garment and footwear exports make up two-thirds of exports by value. Growth of these exports recorded a five-year high in 2018, rising by 17.6 percent, compared to 8.3 percent in 2017.18

There is significant growth in light industry exports. For example, Cambodia is now the European Union’s number one supplier of bicycles, exporting 1,416,150 to the EU in 2017, up almost 9 percent from 2016.19 (The bicycles were manufactured in Cambodia by Taiwanese companies.)

Cambodia is facing a major challenge around its exports. In February 2019, the EU said that it was starting the process that could suspend Cambodia’s preferential access under the Everything But Arms (EBA) scheme. (EBA gives Cambodia duty-free and quota-free access to the EU.) Given that the EU accounts for more than a third of Cambodia’s key exports, losing EBA could result in slower growth.

In compliance with WTO requirements, Cambodia conducted its first review of trade policies and practices in November 2011 and scheduled the next review for 2017.25 Cambodia is currently reviewing its investment laws and regulations in connection with the formation of the ASEAN Economic Community (AEC) in 2015.26 The country’s Trade Integration Strategy 2013-2018 and Trade SWAp Road Map 2013-2018 highlight the industries, products and areas that the government plan to adapt to global markets and to nurture most.27

The country has an open and liberal foreign investment regime with a relatively pro-investor legal and policy framework. The 1994 Law on Investment established formal processes for, and provided incentives to, both local and foreign investors to participate in Qualified Investment Projects (QIP) in Cambodia.28 QIP can receive preferential tax treatment and simplified and faster administrative procedures from government.

Since 1994 over US$33 billion has flowed into the country in the form of foreign direct investment (FDI) and fixed assets.30 The World Bank reported that FDI in 2018 reached a record high of more than US$3.0 billion or 13.4 percent of GDP.31 Three-quarters of the approved FDI inflows came from China.32 (Gross external debt was dominated by external borrowing by the government with the majority also from China.)33

In 2005, Special Economic Zones (SEZ) were formally introduced in Cambodia. Firms in an SEZ benefit from QIP. By late 2016, 36 SEZs had been granted. An ADB report labeled Cambodia’s SEZ policy a success, having created about 68,000 jobs through foreign investment rather than government spending.35

There has been rapid growth in certain areas, such as:

Only 22 percent of adults had a bank account in 2017, which is relatively low for lower-middle-income countries.38 There is no appreciable gender gap between men and women in account ownership. The most common way of sending or receiving domestic remittances is by using a non-bank over the counter service.

The National Bank of Cambodia set up a Financial Stability Unit in 2011 to support in monitoring financial stability risks and developing measures to cope with systemic risks. In 2018 the International Monetary Fund  provided a Resident Advisor to help build the NBC’s capacity in systemic risk assessments and policy formulation.

A major regulatory change in the banking sector is the gradual introduction of a higher liquidity coverage ratio (LCR) by Cambodian banks from 2016.39 A prakas from the National Bank of Cambodia in December 2015 set out criteria for calculating LCR and a minimum LCR for deposit-taking banks and financial institutions. This process will eventually help banks withstand a crisis better.

In March 2016 the Bank announced that there would be higher minimum capital requirements for banks operating in the kingdom. The National Bank of Cambodia requires all locally-incorporated commercial banks (including foreign bank subsidiaries) to increase minimum capital to the equivalent of $75 million.40 Branches of parent banks with investment-grade ratings need capital of $50 million. The banks had two years to comply. In 2018, the National Bank of Cambodia confirmed that all banks had complied.41

The introduction of deposit insurance is currently being investigated.42 This would aim to build public confidence in the banking sector and contribute to stability by reducing the risk of panicked customers withdrawing cash in a ‘bank run’.

The money supply (M2) grew from 48,868 billion riel in December 201547 to 90,351 billion in January 2019.48 Dollarization remains high. Deposits in foreign currency made up over 94 percent of total bank deposits as of January 2019.49 This limits the effectiveness of the country’s monetary policy. The National Bank of Cambodia has flagged that it will move to increase use of the riel, tackling transaction costs on riel payments, setting out riel liquidity provisions and eventually requiring financial institutions to lend more money in riel.50

Loans in the microfinance sector totalled $3.16 billion by November 2016.51 Loans were made to 2 million borrowers; the average loan was $1,460. Microfinance deposits and lending both grew more than 40 percent in 201552 but by a much more modest 4.7 percent in 2016.53 Part of the apparent slowdown may be the result of the reclassification of Sathapana from MFI to commercial bank following its merger with Maruhan Japan bank. A prakas issued in March 2016 says that microfinance deposit-taking institutions must have a minimum registered capital of $30 million, and microfinance institutions a minimum capital of $1.5 million. The institutions must meet the requirements within two years.54

In March 2017, the National Bank of Cambodia issued a Prakas that set a ceiling on the interest rates on loans by microfinance institutions of 18 percent per annum.55

There are big challenges to E-commerce in Cambodia according to a research report released in early 2017. It found that the country’s culture is mostly cash-based, with limited trust in online transactions or in financial institutions.56 A draft e-commerce law covers credit and debit card usage, the use of online signatures to purchase goods over the internet, and obligations on companies to ensure the security of online payments.

In June 2017 the National Bank of Cambodia issued new regulations requiring that all firms providing online services to accept electronic payments have at least $2 million in registered capital and obtain a license from the bank to operate.57

The Cambodia Securities Exchange (CSX) was launched in July 2011 to facilitate flows of capital, investment, and reallocation of capital based on capital market mechanisms. The Securities and Exchange Commission of Cambodia (SECC) regulates the securities industry, while The Law on Government Securities 2008 and the Law on the Issuance and Trading of Non-Government Securities 2007 govern the operation of the CSX.58 From its creation to early 2019, listed companies had raised more than $120 million at the Exchange.59

At the start of 2019 there was one company, Hattha Kaksekar Limited, on the debt securities market. This company listed the first Riel-denominated corporate bond in Cambodia in December 2018.