From Cape Town to Helsinki, between Wellington and Sao Paulo: Some 400 events took place during this year’s Open Data Day. Of course, Open Development Cambodia was part of the global event. For the Cambodian edition of the annual celebration of the international open data, ODC organized an informative and lively event with presentations and discussions on Saturday, March 3, 2018, at Emerald Hub, Cambodia. The main theme of ODC’s Open Data Day: ‘Open Contracting for sustainable development’. 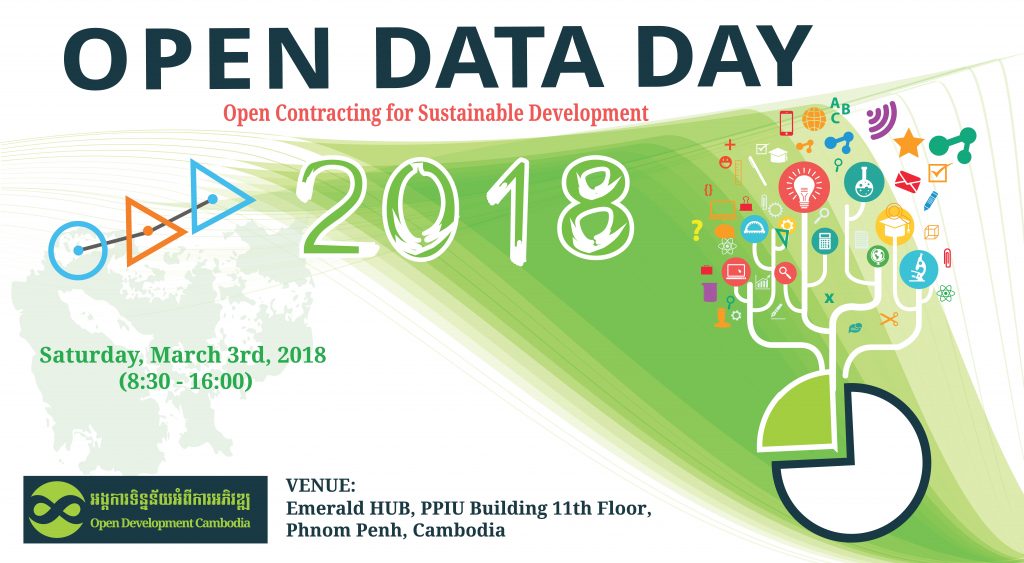 As Cambodia continues its economic and social development, and as foreign investment in Cambodia grows, openness and transparency have become an imperative. Even though the contract agreement between the government and invested company should be public, they are extremely hard to find. This limits the transparency and accountability practices, especially when it comes to land and natural resources investment in Cambodia.

Mr. Punwath was presenting about the Open Contracting to the participants

Mr. Punwath is presenting a land contract document to the participants

A participant is asking a question​ 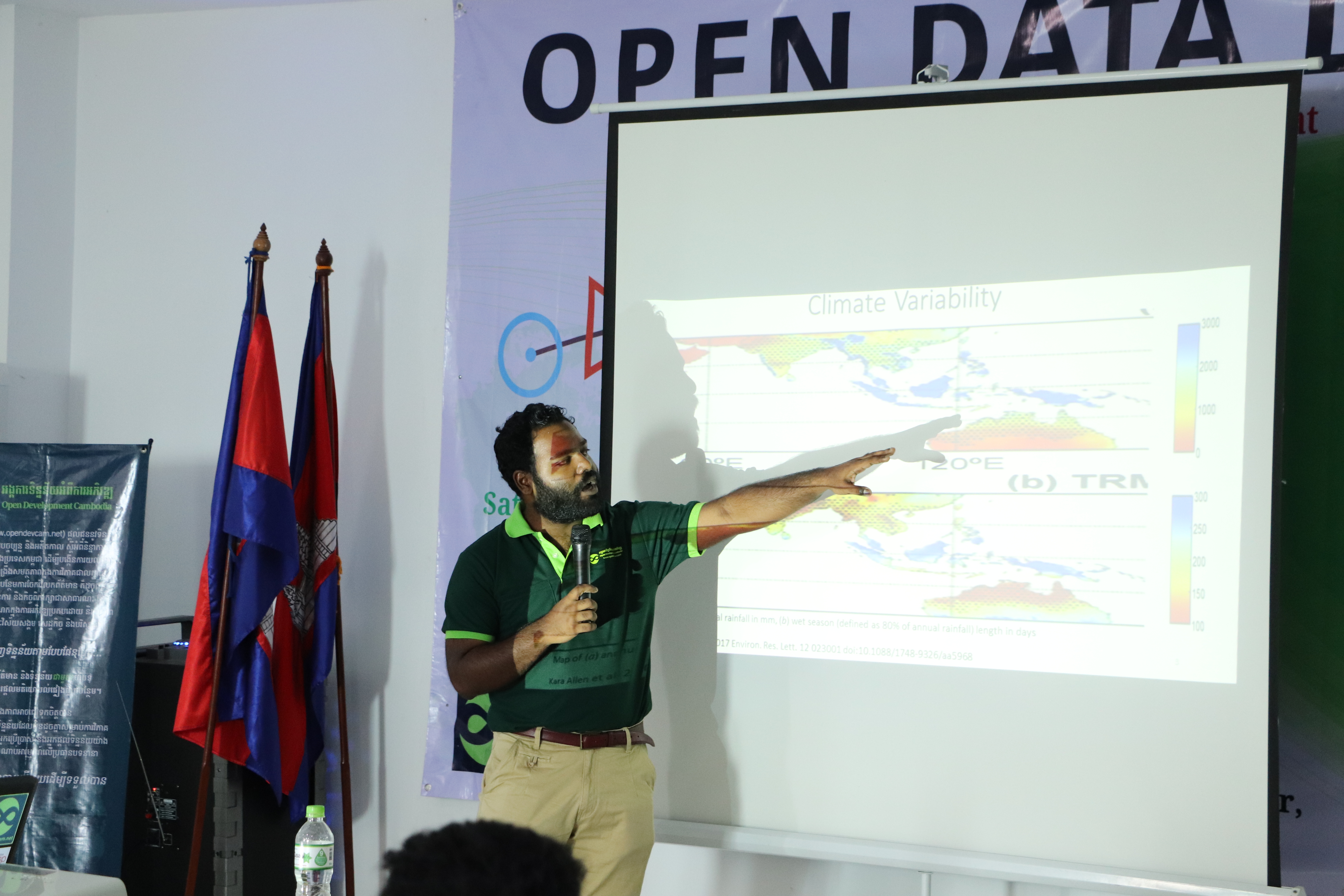 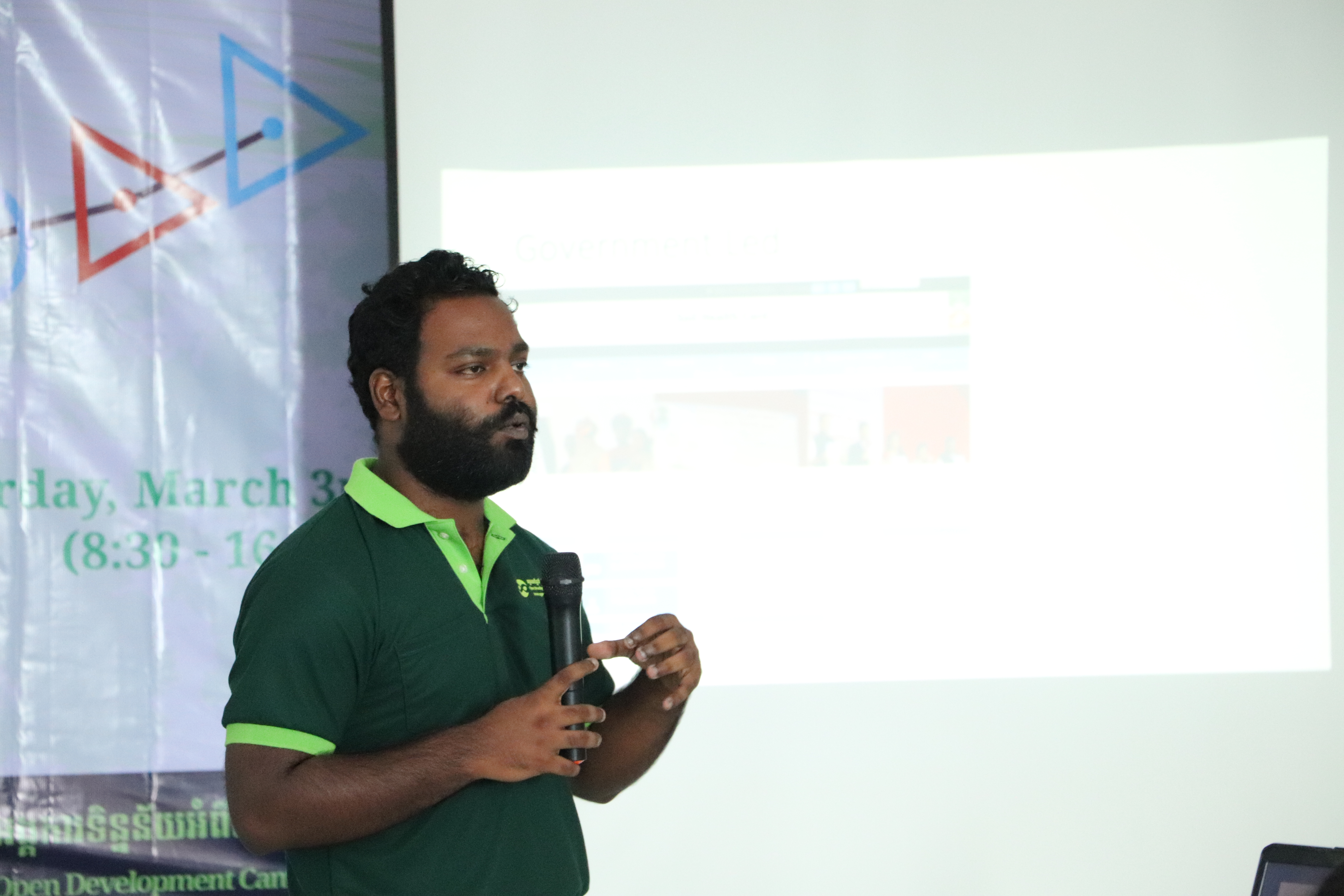 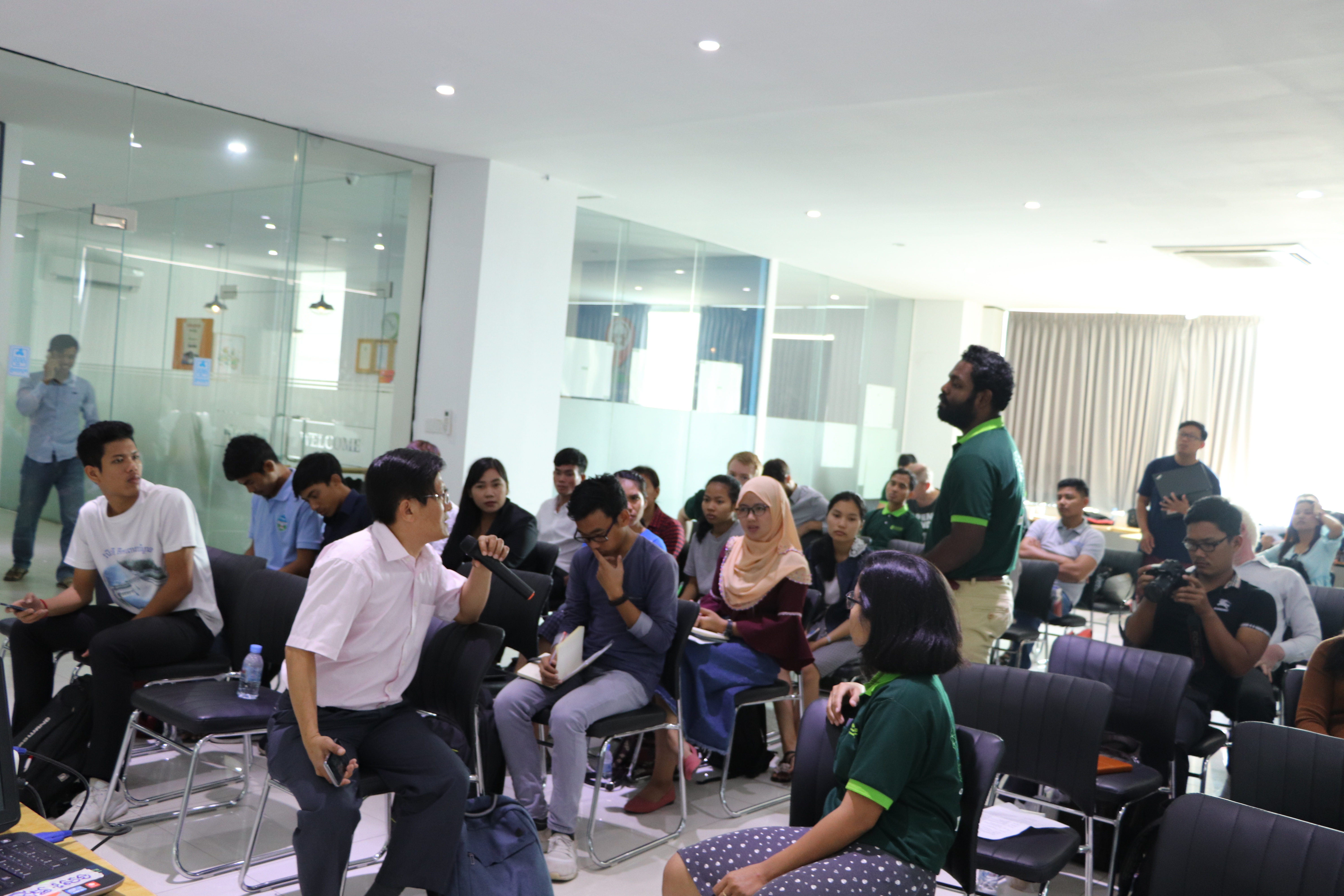 A participant is asking a question to Vivek regarding this research 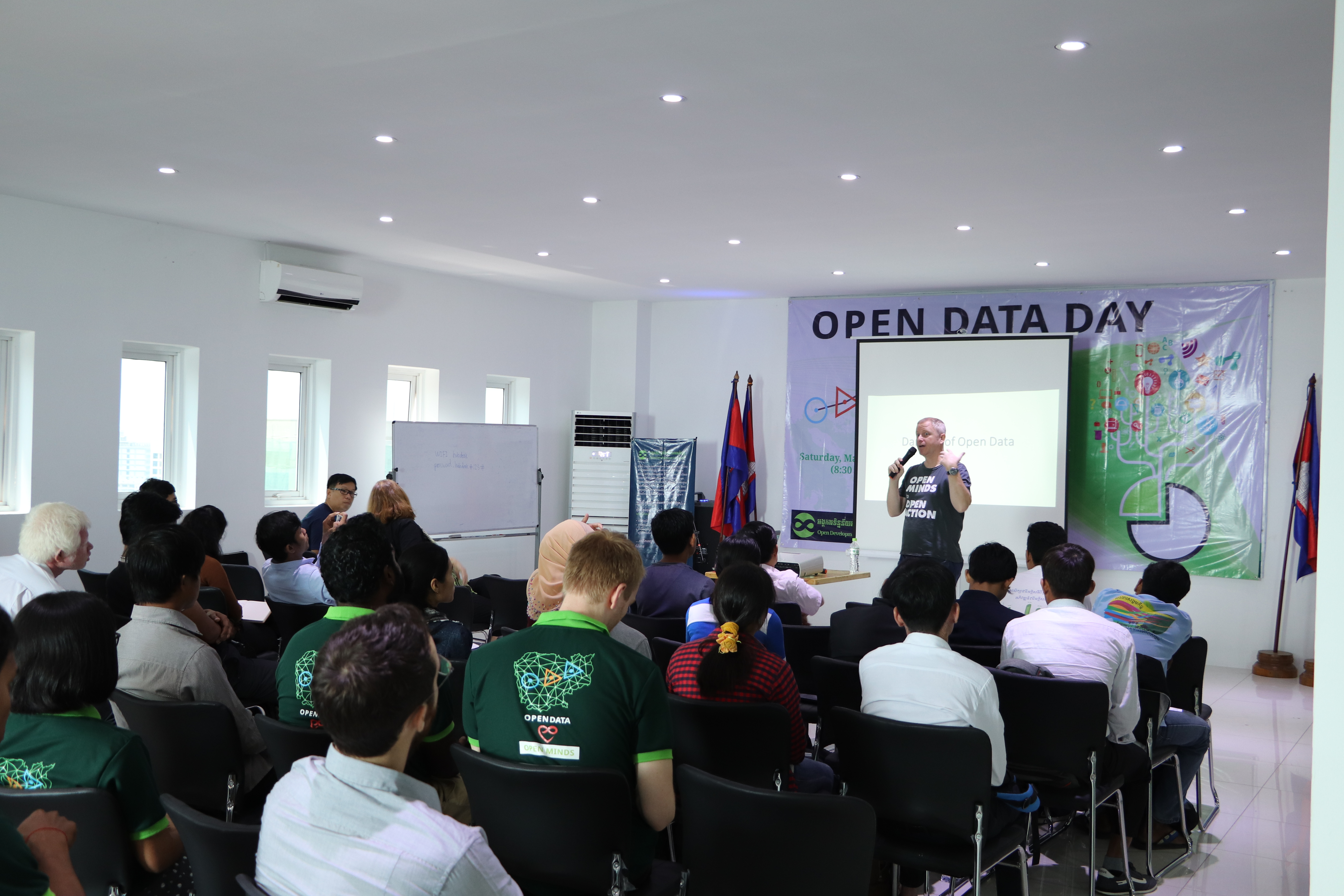 John is talking about Open Data 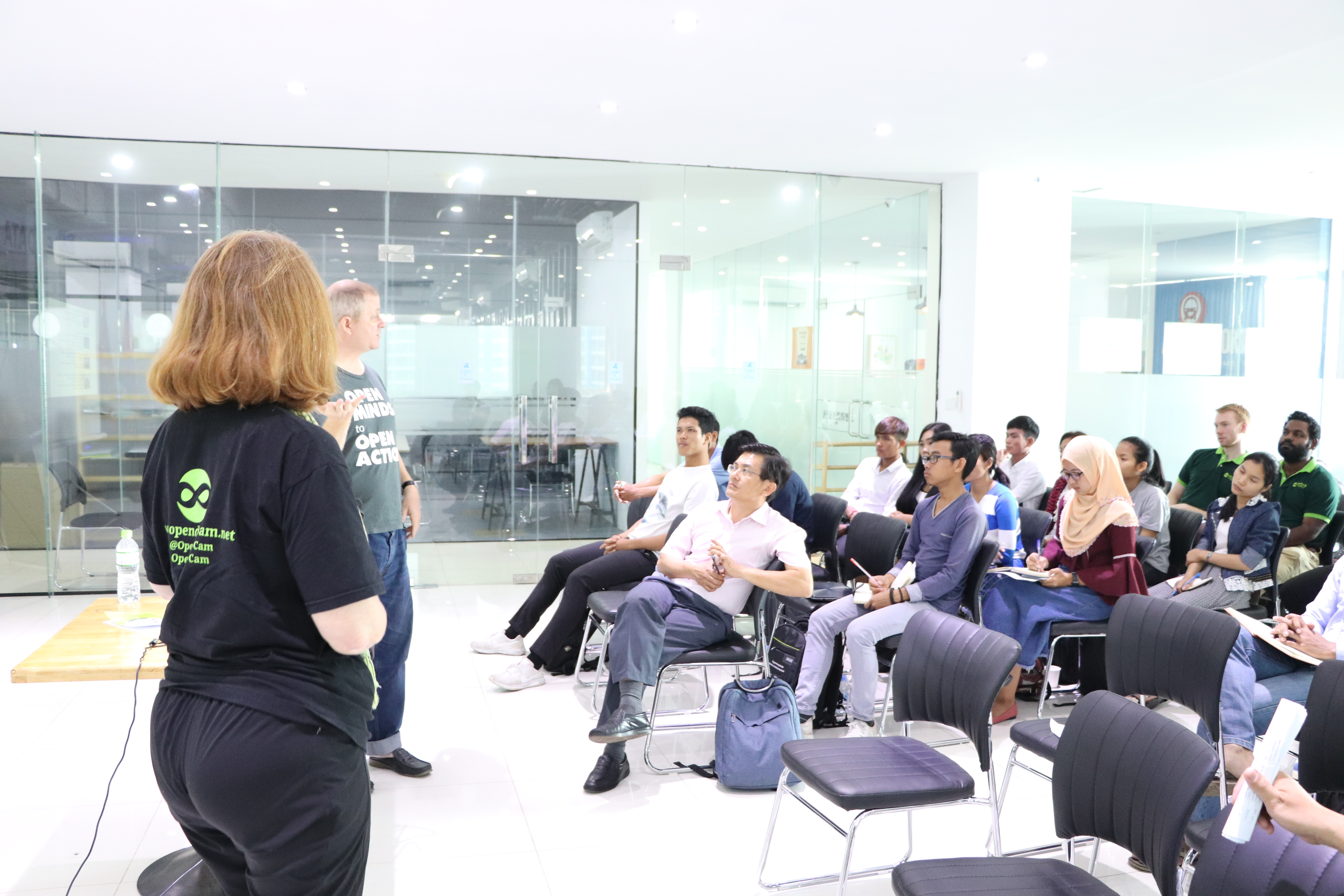 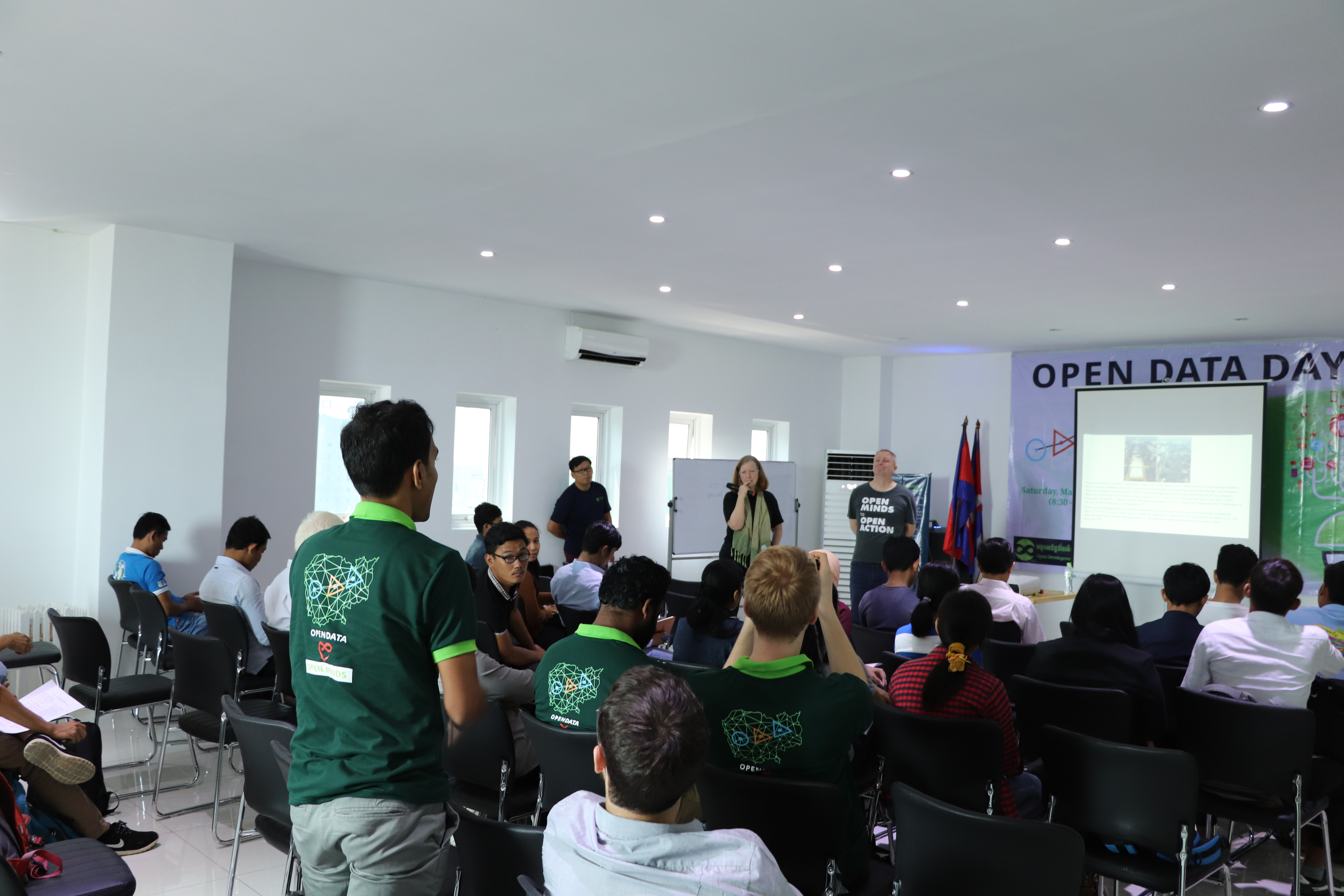 A participant is raising a question

A participant is asking a question​ and giving feedback 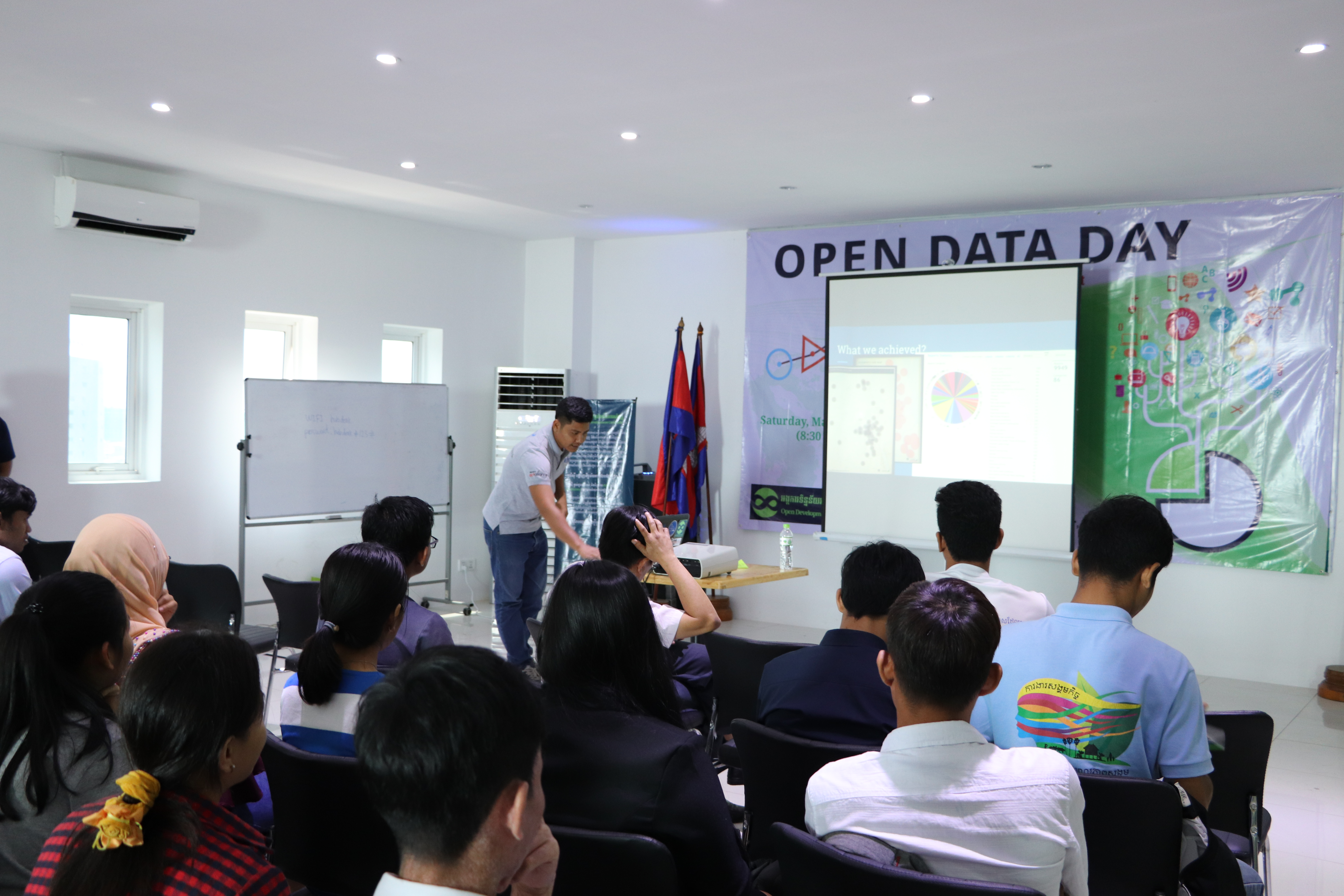 Mr. Sok Lak is illustrating how critical it is for people to have access to information

Based on the idea of open contracting, 33 contracts, 33 mining licenses and 2 Memorandum of Understanding (MoU) between the Government and investment companies on Economic Land Concessions (ELCs) and mining are now available on the ODC platform, some of which the documents are mostly available in Khmer language; however, ODC team has been working on making the metadata of those agreements are readable in English too.

Besides Laws, Policies and Agreements page, ODC also provides multiple additional geographical data visualized on the interactive maps and profile page of Economic Land Concessions and Mining licenses. The public can add more layers to these maps which can yield new insights. Further, ODC’s documentation of relevant laws provides a good overview of regulations which can be used to substantiate the research from a legal perspective. We believe that those data and information will promote the understanding on the shared responsibility of government and investors related to land investments to local communities and public, and also creates opportunities for civic engagement.

During the Open Data Day 2018, ODC also called for data contribution as well. The public, both local and international NGOs, students, professors and research community are encouraged to join with ODC to make the data more diverse, and to promote the sustainable development in the country. To become one of ODC data contributors, everyone just can go to register at “Data contribution” page.

A slightly different angle on open data took Vivek Anand Asokan who presented results of his research about data approaches for sustainability in India. Vivek Anand Asokan, a researcher from Tokyo University, is currently visiting the ODC office as a research fellow. His elaborations illustrated that the actors who provide open data and the ways they are presented have changed in India between the beginning of the millennial and today. While in the early phase of open data primarily NGOs published general thematic open data in a library-like style, nowadays the number of actors who are involved with open data has proliferated: the government, private corporations, and media outlets have become active in this field with more specific data and a focus on data verification.

While indeed the celebration of open data was the guiding theme of the Open Data Day, Ms. Terry Parnell, founder of ODC, and Mr. John Weeks, ODC board member, took a more critical approach when they introduced ten potential dangers of open data during the next slot. Those dangers include wrong interpretations which could lead to confabulation, potential manipulations of data as well as risks for those who use open data or are under discussion in the data. Hence, Terry and John claimed that those who are publishing data should do it in a responsible way and offer some context to it. They concluded: “Open data must be accurate and verified!”

Mr. Soeung Saran, Executive Director of Sahmakum Teang Tnaut, assumed a more practical perspective when he presented how open data can have very tangible impacts on everyone’s life. Open Urban Data, the project he introduced, is a good example for the usefulness of open data projects. Citizens can report cases they personally observe, such as bad road conditions, flooding, or traffic jams using Urban Voice App. The data are then presented in an interactive map on www.urbanvoicecambodia.net and can help improve the situation.

During the afternoon session, Mr. Sok Lak, Co-founder of Scholar Library, illustrated how critical it is for people to have access to information and how libraries can contribute to Sustainable Development Goals (SDGs). He emphasised that library is a significant tool to promote literacy and the access to information for citizens as well as that it helps government, civil society and business to have more understanding on needed information  in the right place.

The day closed with a group activity – with some competition involved! During a “Hackathon”,  three groups were assigned to translate and fill in metadata of documents related to the sustainable development goals. With this task ODC intended to teach the participants to entry document resources into the CKAN datahub. After they finished the task, ODC members evaluated the results and awarded the best competitors with public transport tickets. The documents which have been prepared during this session will be published on the ODC platform soon. 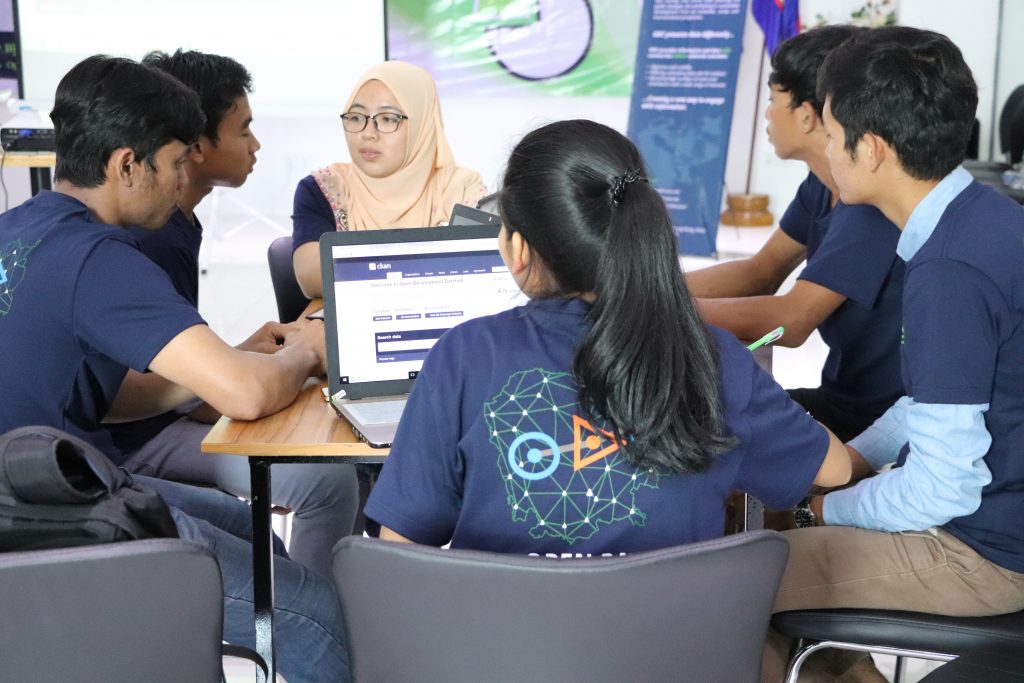 Participants formed as team for the Hackathon sessions

ODC’s Open Data Day showed the multitude of applications of open data. ​This fruitful and active event was attended by 50 participants from various sectors included a representative from the government sectors, private sectors and academia and other NGOs.  The participation of so many interested people encourages ODC to keep on working with its mission to pursue the idea of open data. This year’s edition was already the fifth one ODC hosted in Phnom Penh. We are already looking forward to Open Data Day 2019.

Group photo ​with the participants join the Open Data Day 2018

Group photo with the Hackathon teams