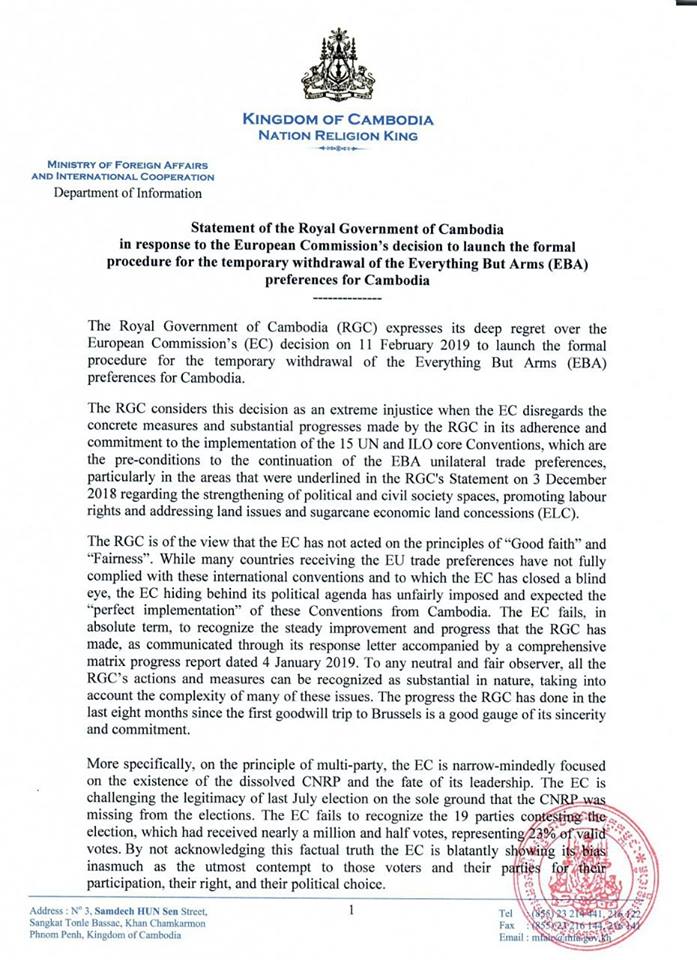 On 12 February 2019, the Royal Government of Cambodia issued a statement that express its deep regret over the European Commission’s decision on 11 February 2019 to launch the formal procedure for the temporary withdrawal of the Everything But Arms (EBA) preference for Cambodia.

The RGC considered this decision as an extreme injustice when the EC disregarded the concrete measures and substantial progresses made by the RGC in its adherence and commitment to the implementation of the 15 UN and ILO core Conventions, which are the pre-conditions to the continuation of the EBA unilateral trade preferences, particularly in the areas that were underlined in the RGC’s Statement on 3  December 2018 regarding the strengthening of political and civil society spaces, promoting labour rights and addressing land issues and sugarcane economic land concessions (ELC). The RGC was of the view that the EC has not acted on the principle of “Good faith” and “Fairness”.

The Government was committed to continue enhancing the democratic space, human rights, labor rights as mentioned in its 3rd December 2018 Statement. However, the Government was as much determined to protect peace, stability, independence and sovereignty at all cost.