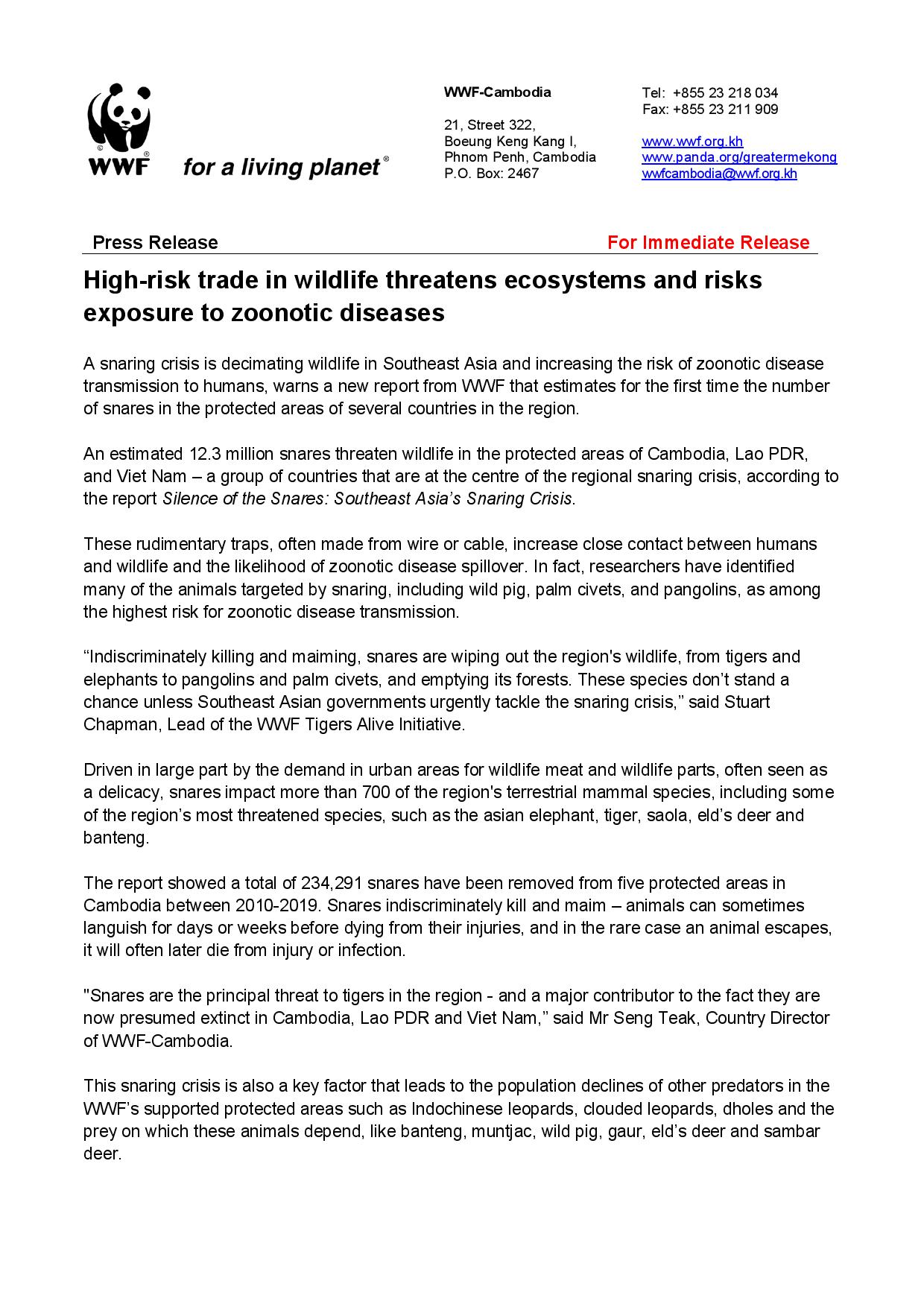 On 10 July 2020, the World Wildlife Fund (WWF) has warned that snaring of animals has become a crisis that poses a serious risk to wildlife in Southeast Asia and could spawn the transmission of zoonotic diseases to humans. An estimated 12.3 million snares threaten wildlife in the protected areas of Cambodia, Lao PDR, and Viet Nam – a group of countries that are at the centre of the regional snaring crisis, according to the report Silence of the Snares: Southeast Asia’s Snaring Crisis. These rudimentary traps, often made from wire or cable, increase close contact between humans and wildlife and the likelihood of zoonotic disease spillover. In fact, researchers have identified many of the animals targeted by snaring, including wild pig, palm civets, and pangolins, as among the highest risk for zoonotic disease transmission.

This snaring crisis is also a key factor that leads to the population declines of other predators in the WWF’s supported protected areas such as Indochinese leopards, clouded leopards, dholes and the prey on which these animals depend, like banteng, muntjac, wild pig, gaur, eld’s deer and sambar deer.