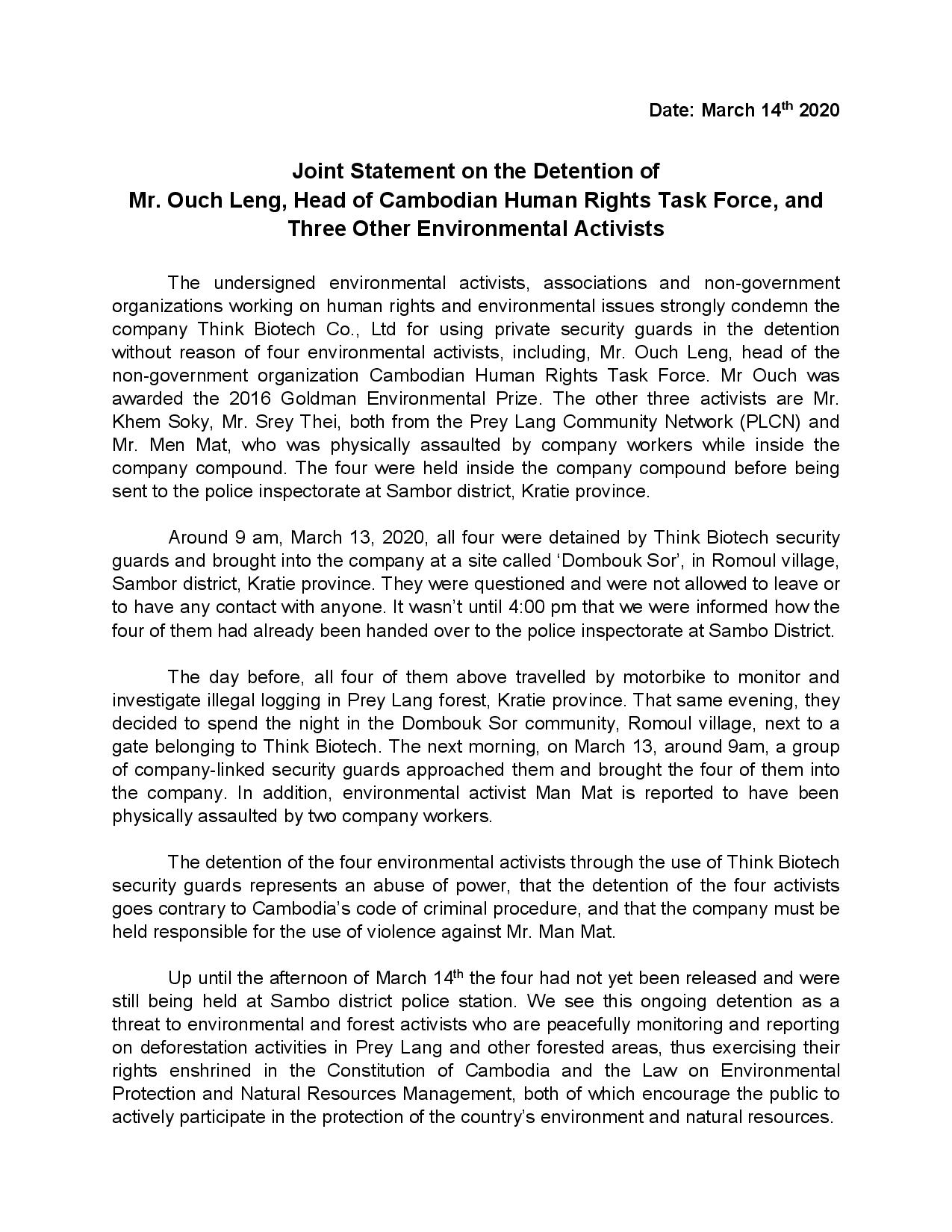 On 14 March 2020, twenty four undersigned environmental activists, associations and non-government organizations working on human rights and environmental issues a joint statement to strongly condemn the company Think Biotech Co., Ltd for using private security guards in the detention without reason of four environmental activists, including, Mr. Ouch Leng, head of the non-government organization Cambodian Human Rights Task Force. Mr Ouch was awarded the 2016 Goldman Environmental Prize. The other three activists are Mr. Khem Soky, Mr. Srey Thei, both from the Prey Lang Community Network (PLCN) and Mr. Men Mat, who was physically assaulted by company workers while inside the company compound. The four were held inside the company compound before being sent to the police inspectorate at Sambor district, Kratie province.

The undersigned environmental activists, associations and non-government organizations call upon Sambor police to ensure the safety of the four activists and to release them without conditions. They also call for an investigation to be conducted on the irregularities behind the detention of the four activists by Think Biotech and to search for the two perpetrators as well as any other involved individuals who reportedly assaulted Mr. Men Mat so that they are brought to justice and so that the rights of the victims are respected.