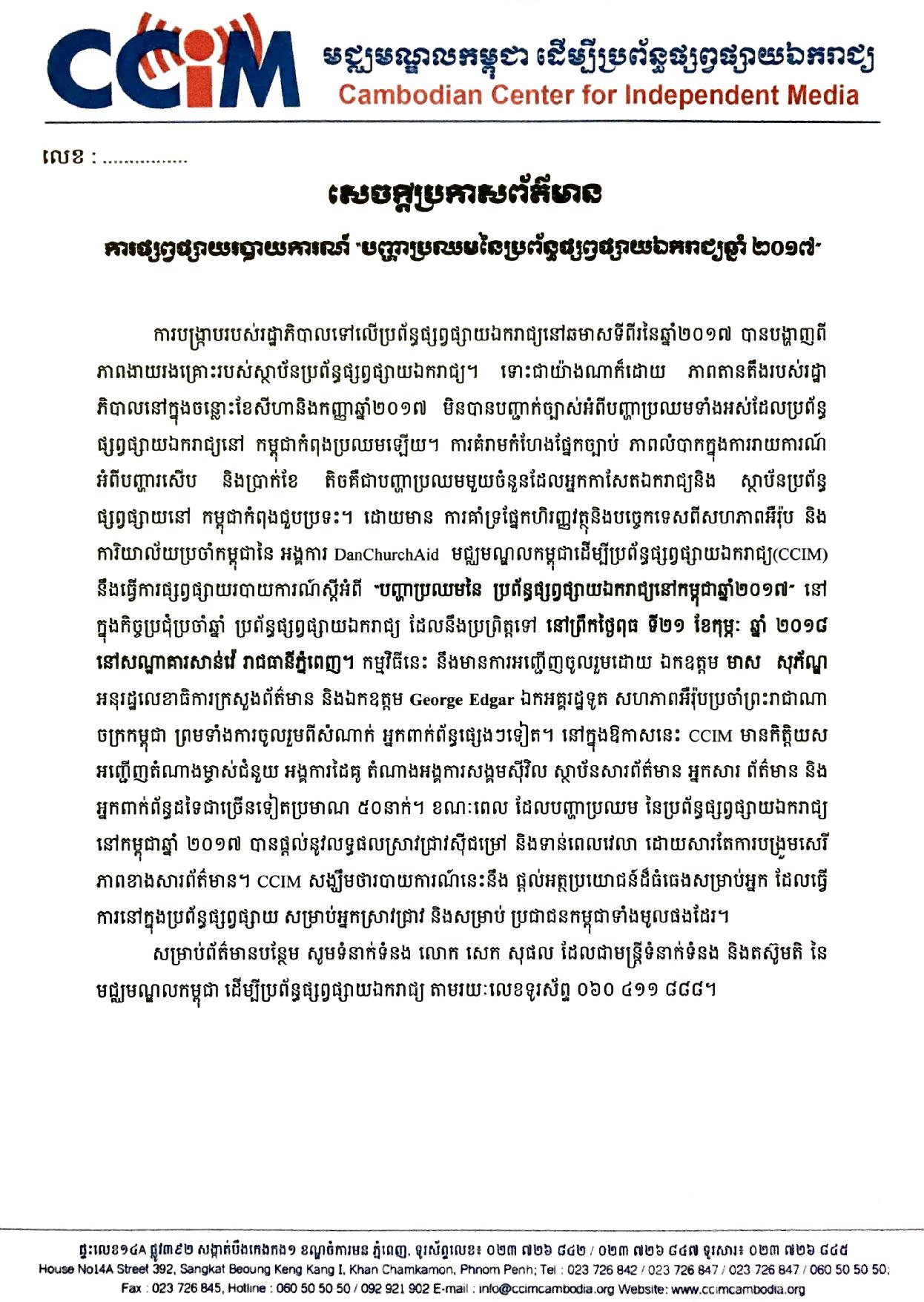 With financial and technical supports by the European Union and DanChurchAid Cambodia Office, the Cambodian Center for Independent Media (CCIM) is pleased announce that CCIM is going to release a report of Challenges to Independent Media in Cambodia 2017 on Wednesday morning, February 21, 2018 at Sunway Hotel.  The ceremony will be presided over by H.E. Meas Sophorn, Undersecretary of State, Minister of Information and H.E. George Edgar Ambassador of the European Union to the Kingdom of Cambodia. Within this context, CCIM is honor to invite donors, partners, representatives of CSOs, reporters, media institutions and other stakeholders to join the ceremony.