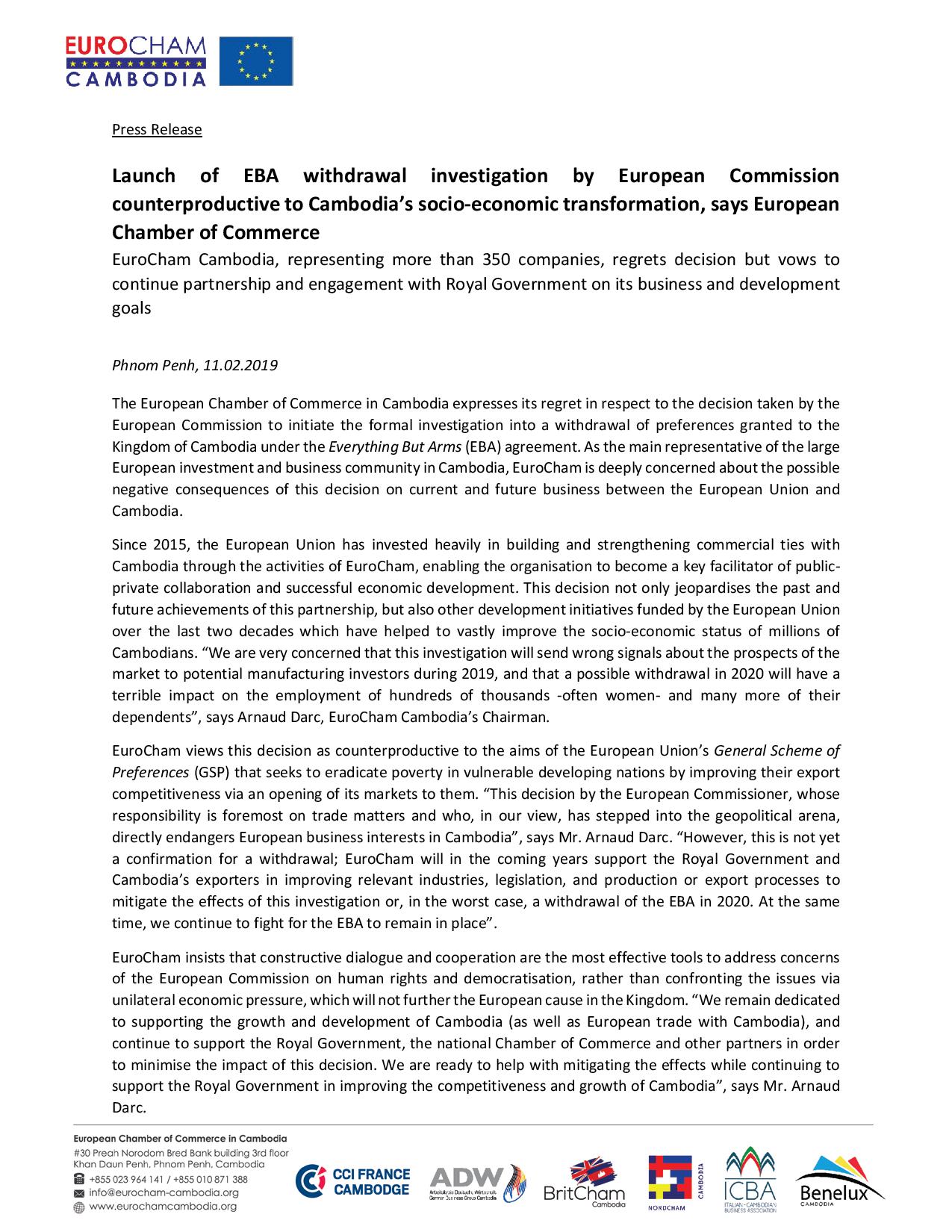 On 11 February 2019, the European Chamber of Commerce in Cambodia issued a press release to express its regret in respect to the decision taken by the European Commission to initiate the formal investigation into a withdrawal of preferences granted to the Kingdom of Cambodia under the Everything But Arms (EBA) agreement. As the main representative of the large European investment and business community in Cambodia, EuroCham was deeply concerned about the possible negative consequences of this decision on current and future business between the European Union and Cambodia.

EuroCham insisted that constructive dialogue and cooperation were the most effective tools to address concerns of the European Commission on human rights and democratisation, rather than confronting the issues via unilateral economic pressure, which will not further the European cause in the Kingdom.

EuroCham will closely monitor the ongoing situation and the investigation process in close collaboration with its National Chambers of France, Germany, Italy, United Kingdom, Benelux and the Nordic countries, who share its opposition to a premature withdrawal of the preferences 7 years ahead of the original withdrawal date in
2027.