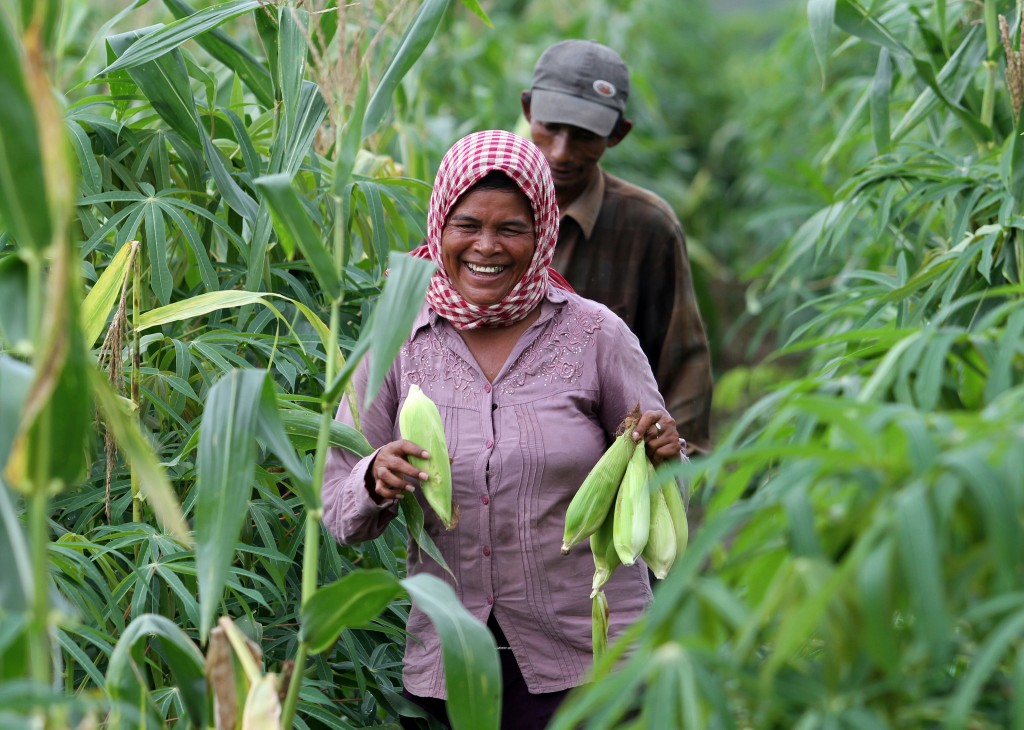 Key agricultural commodities and products include rice, rubber, corn (maize), vegetables and fruit, and cassava (tapioca). More than 90 percent of Cambodia’s agricultural exports in 2015 were unprocessed. 1

A number of Cambodian products have an international reputation for high quality. For four years – in 2012, 2013, 2014 and 2018 – Cambodian premium jasmine rice won World’s Best Rice award.6 Kampot pepper has Geographical Indication (GI) status, a World Trade Organization initiative that links the quality of a product to its origin.

Yet there are big hurdles to overcome in developing the agricultural sector, building processing industries and securing large export growth. Some of the issues:

Agricultural development, particularly the growth of processing, is a big element of the Cambodia Industrial Development Policy 2015–2025 that was publicly launched in August 2015.8 A key target in the policy is increasing processed agricultural exports to 12 percent, a 4 percent increase on the figure for 2015.

Within rice production there are changes too. More farmers are producing aromatic paddy, which is more profitable. Production is estimated at 10 percent of the rice cultivated area and 30 percent of total production.11

A lack of processing factories in Cambodia means there is little value added, however. Instead of exporting products such as cassava chips, mostly unprocessed cassava and cassava flour is exported to Thailand (the largest market), Vietnam and China. Cambodia’s raw cassava is processed in these countries and reexported.

In the first 7 months of 2019, Cambodia exported 960,550 tons of dried cassava and 612,200 tons of fresh cassava to Thailand and Vietnam. It also exported 33,287 tons of cassava powder to Vietnam, China,The Netherlands, the Czech Republic, Canada, Italy and India.18

Corn has faced falling prices and falling export demand in recent years.21 Prices in 2014 were 40 percent below those of 2013. Battambang leads Cambodia’s corn production with over 27,000 hectares. On average, farmers are producing up to 4 tonnes of corn per hectare.22 Lack of storage silos is a major problem.