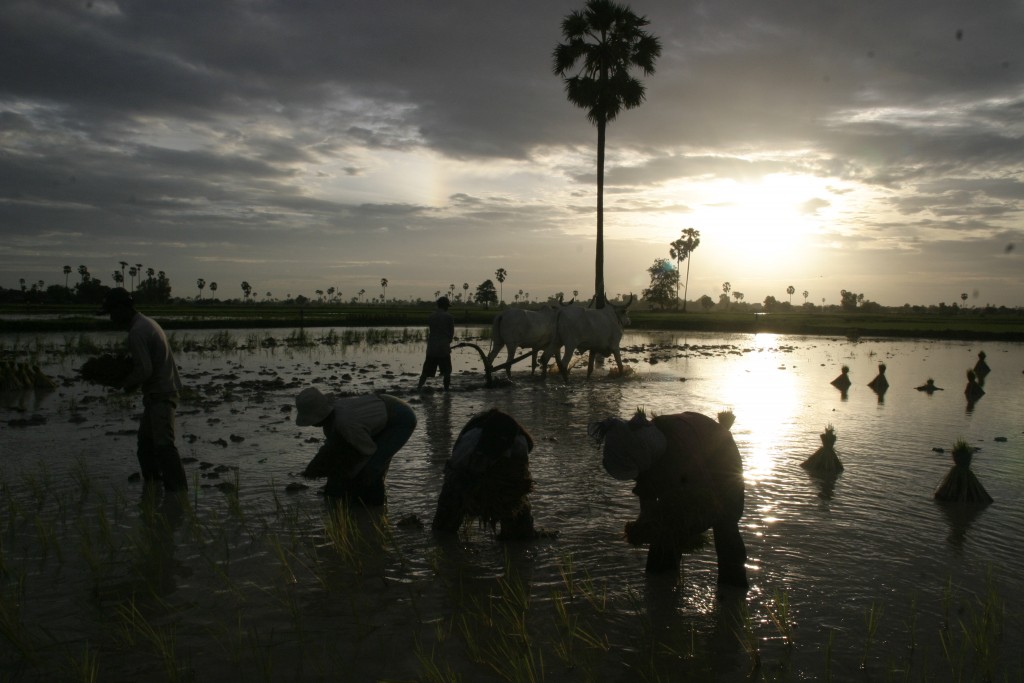 Rice farmer in Cambodia. Photo by Khem Sovannara, ILO in Asia and the Pacific, taken on 12 July 2007. Licensed under CC BY-NC-ND 2.0.

Private land is property that is legally owned or possessed either individually or jointly by persons or a company.

The concept of private property was reintroduced in the late 1980s following its abolition by the Khmer Rouge regime in 1975. As a result of that erasure, property rights existing before 1979 are not recognized.1 The 1993 Constitution guarantees the right to own property and to have property protected by the state,2 though only persons or entities of Khmer nationality have the right to own land in Cambodia.3 The 2001 Land Law protects private property rights from encroachment; confiscation of property is only permissible if done in the public interest and once fair and just compensation has been paid.4

Land Law, as amended by implementation of the Civil Code in 2011, states that only legal possession can lead to ownership of private property.5 Anyone who began occupying land before the passage of the Land Law may have legal possessory rights if the possession meets certain criteria. The landholder must prove that the possession is unambiguous, non-violent, notorious to the public, continuous and in good faith.6 But any possession that began after the passage of the law in August 2001 is not legal,7 and only state private land can be legally possessed.8 Subsequent purchasers of possessed land retain the possessory rights of the original possessor, provided they can show a documented chain of possession dating prior to the passage of the law. If possession meets the above conditions, the landholder has a right to request a land title.9 Legal possession is a right in rem, such that the possessor has the same rights as the owner. The possessor can exclude, transfer, build and improve structures, and use land as collateral.10

Challenges to the security of private property rights

NGOs and the international community have raised concerns about the security of private property rights in Cambodia. The land titling process has been slow and became the subject of much domestic and international scrutiny after the World Bank suspended its support for a multi-donor titling project due to violations of the project’s safeguards.12 Although legal possessors have the right to request a title, they are not necessarily guaranteed the right to a title, and many have been deemed illegal settlers without rights to their land.13 Moreover, NGOs report that even as landholders wait for their land rights to be assessed, the possibility exists that a corporation or a community might be granted rights over that same land in the form of a concession.14

Despite considerable legal framework to protect private property rights, the Special Rapporteur (an independent expert appointed by the UN) on the situation of human rights in Cambodia has cautioned that a lack of political capacity or will to enforce those rights has resulted in the absence or insecurity of private property rights for many Cambodians.15