According to the Annual supervision report 2020 by the National Bank of Cambodia (NBC), the key bodies in the banking system consists of:

In addition, there are financial leasing companies, third-party processors, payment service institutions, credit reporting system service provider, representative offices, and money changers, which are under the oversight of NBC, the supervisory authority. 1 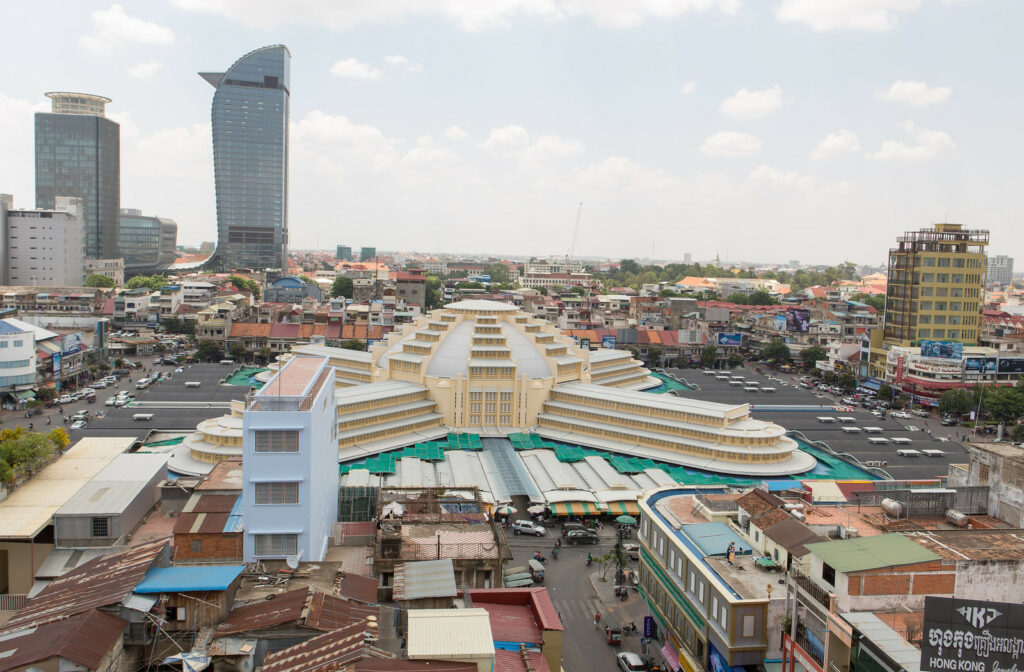 Building strength in the financial system

A number of actions are underway to improve the strength and transparency of the financial system. Keys among them include:

The term ‘payment system’ refers to interbank funds transfer systems and other mechanisms for the circulation of money. It includes older paper-based systems (such as cheque) and electronic transfer of funds. In 2012, NBC introduced the national clearing system to clear cheques and electronic payments more efficiently.12

With regard to the advancement of financial technology (FinTech), the payment system in Cambodia has been modernized and contributed to the development of the banking system and economy for more effective, secure, and reasonable price. NBC also introduced and launched a new payment system called “Bakong” in October 2020 to promote non-cash payment and financial inclusion, which Cambodia aims to move toward digital economy.13 As of June 2021, Bakong users reached 200 000, and around $500 million transactions were recorded in just the first half of 2021.14 As a member of ASEAN Central Banks Working Committee on Payment and Settlement Systems, NBC launched cross border payment service between Cambodia and Thailand through QR code, and is exploring the possibility of doing the same with other ASEAN members..15

There has been particular growth in leasing services on moveable assets: agricultural machines, construction machines, cars and motorcycles, electronic appliances and so on. 16

The Credit Bureau Cambodia (CBC), a leading provider of financial information, analytical solutions, and credit reporting services to consumers and financial institutions in Cambodia, began operating in March 2012. Licensed by NBC, this private body provides consumer credit reports on customers that help banks and other bodies to make informed lending decisions and manage credit risk. All financial institutions licensed by NBC are members of the bureau.17

By the end of 2020, microfinance institutions held assets of KHR 34.3 trillion (approximately USD 8.5 billion).18 Microfinance is a particularly important source of funds for micro, small and medium-sized rural businesses.19 Lending interest rates have been falling but are still high: the KHR rate fell from 70% in 2001 to 15.4% in 2020 and the USD rate was 15.2%.20 Women are dominant among the customers as more than 70% of the ownership of deposit and loan accounts belong to them.21 However, microloan growth has far outpaced income growth and it raises serious human rights concerns regarding the debt repayment through coerced land sales, child labor and debt-driven migrations.22

Participation in banking and financial services

Promoting an increased uptake of digital and mobile banking is a focus for both the National Bank and commercial banks.25 Digital and mobile banking has been growing rapidly during the pandemic when the government developed e-money and digital banking, and NBC encouraged consumers and businesses to use e-wallet services to combat the spread of COVID-19 disease.26

On 23 July 2021, Economic Research and Regional Cooperation Department of Asian Development Bank (ADB) and NBC launched the Macroeconomic Surveillance Database System to analyze and monitor the macroeconomic financial state in Cambodia. It will allow NBC and ADB to make policies and ensure price stability and economic growth. The users of the database can also monitor the economic and financial progress of the country through 70 key indicators, 300 graphs, and 300 types of sectoral data.29

The start of dollarization in Cambodia was not from a policy decision but erosion of public confidence in the local currency (riel) and government policy during the 1980s. US dollars began to flood the economy when the United Nations Transitional Authority in Cambodia (UNTAC) entered Cambodia in 1991 – 1992. NBC was not prepared to cope with this new shock against the national currency, which the dollar eventually was used as a medium of exchange and unit of accounts and flowed alongside the national currency.30

In May 2020, after a meeting with the bank and microfinance representatives, NBC announced a new plan to phase out the $1, $2, and $5 bills and push for the use of the riel. Commercial banks and microfinance institutions were given three months to send the bills back to the central bank to phase-out circulation of small-denominated dollars. Prime Minister Hun Sen, ABC, and CMA noted that the bills were still legal, and people should continue to use them.31

Although Cambodia has its own currency “Riel”, US dollars are widely used in the banking and finance sector, accounting for around 83 % in 2018.32

Her Excellency Chea Serey, NBC Director General, said that the dependence on the dollar can make Cambodia lose control of the monetary policy. She further added that the riel allows the central bank to influence economic activities through lowering or raising the interest rate so that the effectiveness of monetary policy to maintain price stability and support economic growth can be enhanced.33

In 2016, NBC launched the Liquidity-Providing Collateralized Operation (LPCO), providing low-interest loans in riel. The bank’s aim is to encourage the use of riel and to lower interest rates.34 According to the World Bank, NBC supplied 3.4 trillion riel ($838 million) mostly to commercial banks, a significant increase compared to 2018 via LPCO facility.35

Apart from large risks such as international financial shocks or a significant downturn in the Chinese economy, there is a particular set of smaller-scale local risks facing the banking and finance sector in Cambodia. These include the lack of a bankruptcy law and the ability of consumers to change their national ID details.36

Banking and Financial Institutions’ Code of Conduct (BFIs CoC) was launched on 4 March 2022, in collaboration between ABC, CMA, and Cambodian Association of Finance & Technology, to enhance consumer rights, protection, and transparency and to avoid customers’ indebtedness.37

Numerous laws governing the operation of the banking and financial sector have been introduced such as:

After the Law on Anti-Money Laundering and Combating the Financing of Terrorism was passed, the Cambodian Financial Intelligence Unit was set up as an independent body under the National Bank of Cambodia. The main role of the unit is to prevent the Cambodian financial system being used for activities such as money laundering and financing terrorist activities. In March 2019, the NBC launched a new national strategy to fight against money laundering and financing of terrorism for 2019-2023.38 The Financial Sector Development Strategy 2016–2025 was adopted in late 2016 to develop a sound, market-oriented financial sector that will allocate resources to support sustainable economic growth.39

Related to Banking and financial services