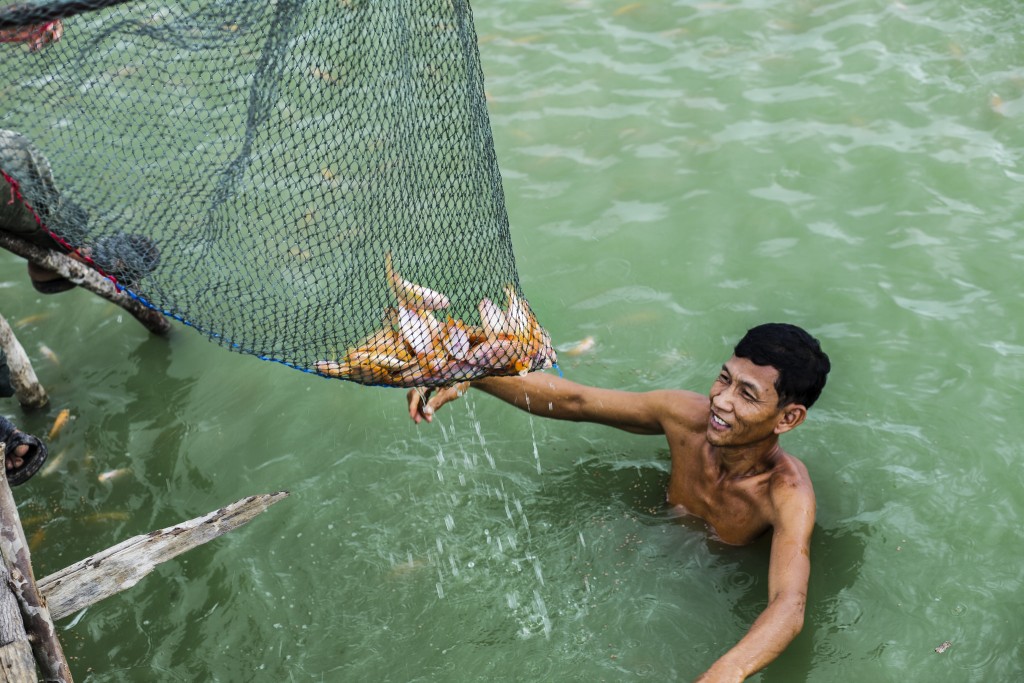 Cambodia’s inland capture fisheries are among the largest in the world. The fishing industry encompasses subsistence, commercial and recreational fishing, as well as the harvesting, processing and marketing sectors.

Fisheries and aquaculture play a vital role in the country’s economy and make an important contribution to food and nutrition security. The Tonle Sap Lake and Tonle Sap River are considered the world’s most productive inland fisheries, providing about 75 percent of Cambodia’s annual inland fish catch and 60 percent of its populations’ protein intake.1 The Mekong River Commission says that fisheries account for 18% of Cambodia’s GDP and contribute more to the country’s economy than rice production.2 There are an estimated 1,148 fish species in the Mekong Basin.3

Steps are being taken to make Cambodia’s fisheries more sustainable. In August 2017, for example, the government announced that provincial departments of agriculture would be given more powers to crackdown on fishing offences. An outright ban will be imposed on three-centimetre fishing nets to reduce the catch of immature fish and the use of fishing devices longer than 300 metres will be banned. People will be required to apply for a licence to use fishing machinery.7

In 2014 the European Commission officially banned all fish imports from Cambodia to the European Union (EU) after foreign fishing vessels bearing the Cambodian flag were caught fishing illegally in international waters. However, according to the Fisheries Administration, apart from damaging Cambodia’s reputation, the ban will not affect fish imports as Cambodia does not supply EU fish markets due to non-compliance with HACCP (hazard analysis and critical control points) inspection systems.8 Fish is mainly exported to Thailand, Vietnam, Malaysia, Singapore, China, Japan, South Korea, the United States, Australia and Russia.9

The total value of reported fisheries exports is extremely low and fluctuates wildly. In 2015 it was $1.03 million11 but in 2016 fell to $565, 284.12 The Fishery Administration reported that higher domestic demand for fresh fish meant there was less to export.

Farmed fish from neighboring countries is imported into Cambodia.13

The threat to fish production from hydro dams

A large study by the Mekong River Commission (‘the Council study’) found a large potential impact on the Kingdom’s food security from dam development.15 Modelling work that assumed all the planned Mekong River system dams went ahead predicted a fall in fish production of up to 70 percent across the Mekong basin. For Cambodia, annual GDP losses of $3–5 billion were projected in scenarios going out to 2040.16 A secretary of state at the Ministry of Agriculture, Forestry and Fisheries, Nao Thuok, was reported as saying that the government is already assuming a 16 to 30 percent drop in fish biomass.

Related to fishing, fisheries and aquaculture