Cambodia restructured its economy after many years of protracted war and instability. The economy grew strongly following the country’s transition to a free-market economy as it opened to trade and capital flows. Growth was supported by the flow of development assistance, access to the European Union and United States’ markets and large amounts of foreign direct investment (FDI).1

In the third quarter of 2020, the CDC approved 21 new investment projects decreased by 28 investment projects. However, the invested capital stood at $3.6 billion or rose 220,7% comparing to the same quarter last year with a majority of invested capital was centered on the construction of five-stars hotels, business centers and big livestock farms.2 Of the approved investment projects during 1994–2019, China took the largest share with approximately 21.8%. The investment projects were tied to the development of infrastructure, agro-industry products such as rubber, and tourism.3 Between 1995 and 2018, Cambodia was considered to have one of the fastest-growing economies in the world thanks to its average growth rate of 7.7%.4 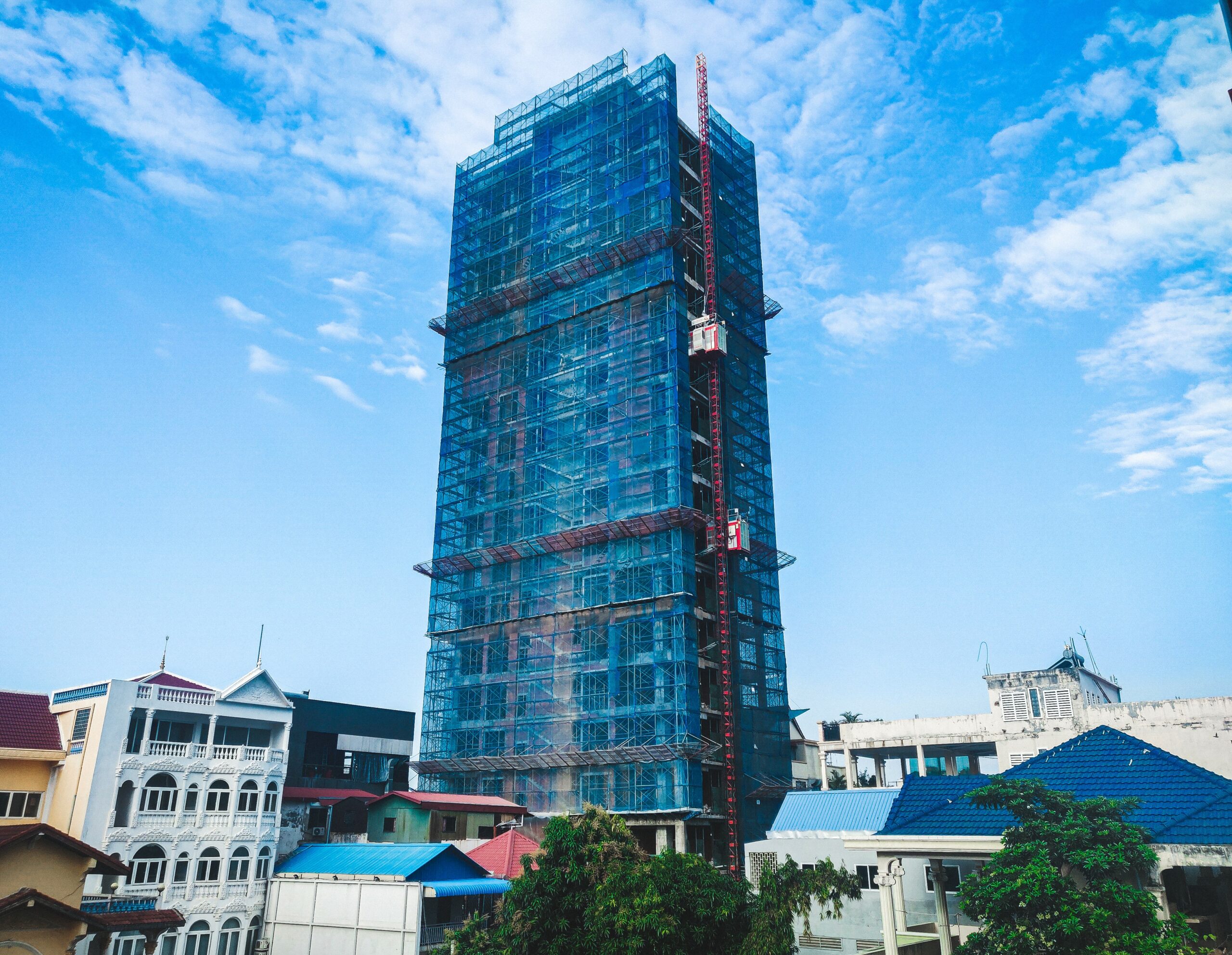 The landscape view of a constructed building in Phnom Penh city. Photo by Open Development Cambodia, taken on 11 February 2021. Licensed under CC BY-SA 4.0.

In 1994, the Council for the Development of Cambodia (CDC) was established to take responsibility for the development and management of FDI.6 The establishment of the CDC was part of the Cambodian Government’s reform program around the promotion of private sector investment. The CDC is an operating agency of the Government which its governing body is drawn from the Cabinet. The CDC is structured with two executive boards – the Cambodian Rehabilitation and Development Board (CRDB) and the Cambodian Investment Board (CIB). The CRDB works on public investment and the coordination of international assistance, while the CIB has the mandate for dealing with private investment.7

The CDC also acts as the secretariat to Cambodia’s Government-Private Sector Forum known as (G-PSF). The G-PSF is a public-private consultation mechanism that plays the role of facilitator for dialogue within and among 10 government and private sector Working Groups. It also serves as a platform where the private sector can voice issues and recommend solutions to the government.8

Generally, FDI is viewed as a fuel for economic growth and social improvement for both developed and developing countries alike. Cambodia’s economy has benefited a lot from FDI. FDI inflows to Cambodia have increased from the early 2000s thanks to the country’s prudent macroeconomic policies, political stability and open market as well as the growth of the wider regional economy.9 These favorable environments provide an appealing investment opportunity for investors.10

FDI has been a large part of the substantial inflows of financial capital.11 According to a report published by the National Bank of Cambodia (NBC), the inflows of FDI in 2019 rose by 12% to $3.5 billion and projected to decrease by 10% to Of this FDI inflow, $2.3 billion went to the financial sector. In that, China still makes up the largest share of FDI invested capital at 43%, followed by South Korea 11%, Vietnam 7%, Japan and Singapore 6% each.12 This huge flow of capital investment was mainly due to robust investments in the manufacturing and services sectors.13

The data below reflects investment trends from 2012 to 2016 for major Qualified Investment Projects (QIPs) in the industrial and infrastructure sectors, which together accounted for 72% of total investments. The data excludes those investments ineligible for incentives, such as in the financial and construction sectors.14 Below table shows the investment trend in Cambodia between 2012 to 2016.

Source: Council for the Development of Cambodia (CDC)

In 2019, the majority of committed investments were centered on the industrial and infrastructure sectors. When combined together, these accounted for 53% of total investments in the period 2015 to 2019, followed by the tourism sector at 41%, and agriculture at 6%.17 Physical infrastructure investment projects such as commercial and residential real estate developments have continued to greatly attract FDI. However, there has also been the growth of investment in manufacturing such as garment and travel goods factories, as well as agro-processing plants.18