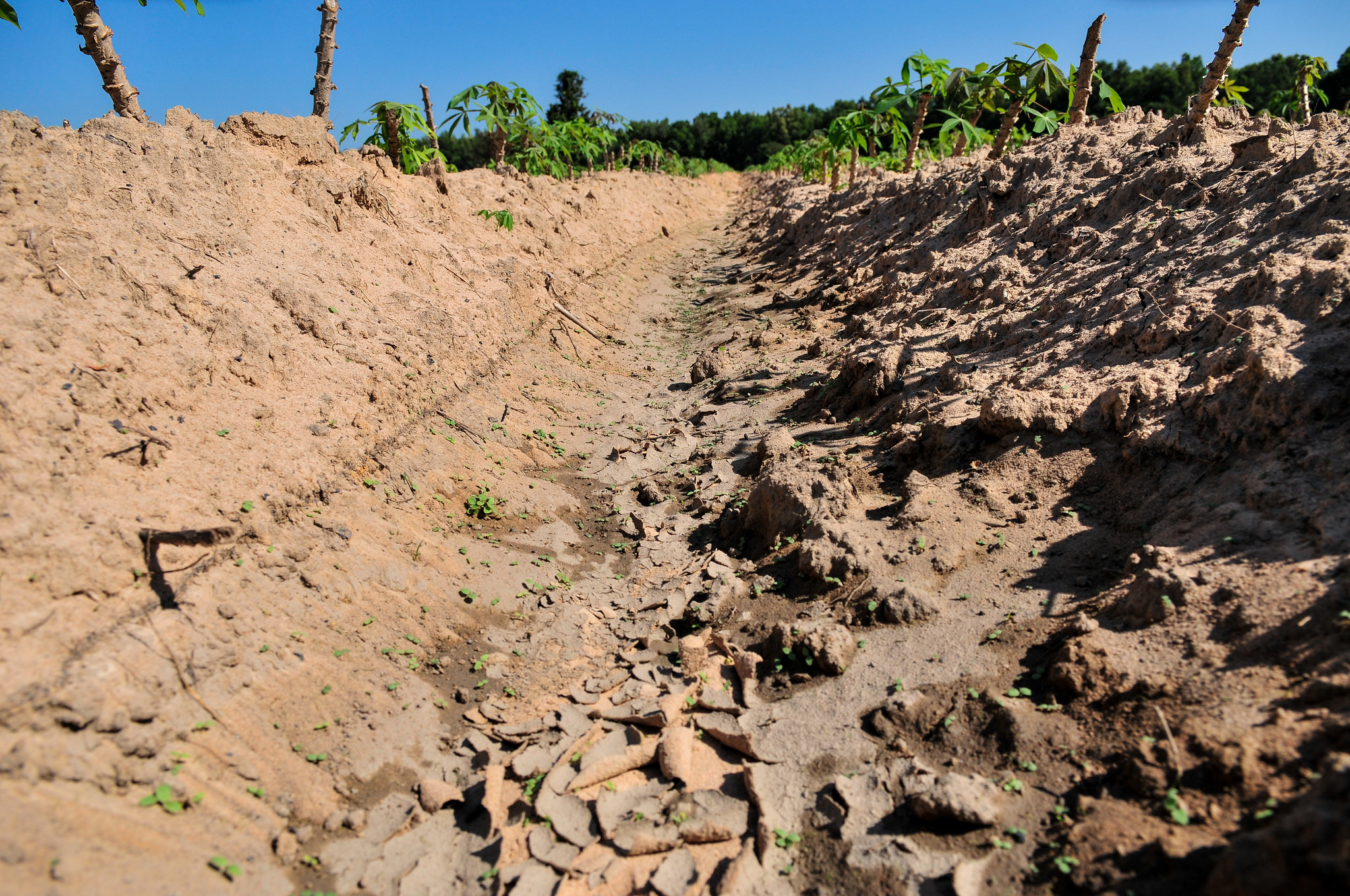 The drought that Cambodia experiences is a shortage of water that is typically caused by:

Given Cambodia’s large rural population and substantial dependence on agriculture, drought has social, economic and environmental impacts. Water security is closely tied to food security. The vulnerability of many rural communities, with low levels of resilience and limited resources, means that droughts can have high costs.

Severe droughts have hit Cambodia for many years. The frequency of drought varies from province to province, with Kampong Speu, Takeo and Battambang being the provinces most affected. On a national scale, this century there have been droughts in 2002, 2003, 2004 (the longest and most damaging until 2006) and 2016.

The drought in 2016 is the most severe for many decades, however. It has been made worse by the presence of the El Niño weather pattern since 2015, resulting in below-average rainfall.

The UN has said that the Mekong River is at its lowest level since records began nearly 100 years ago.1 In March 2016 the river was down 30–50% compared to its average level for that time of year.2

By May 2016, the National Committee for Disaster Management said that 2.5 million people in Cambodia were directly affected by drought.3 Keo Vy, spokesman for the Committee, was reported as saying “Previous droughts only affected parts of the country, but the current drought is affecting the whole.”4 An ACAPS briefing note of 3 May 2016 described the drought as the worst in 50 years.5

Droughts in Cambodia are second only to flooding in the damage and loss caused. Drought is estimated to have accounted for about a fifth of rice losses from 1997 to 2010.6

Severe drought during one rice-producing season can result in the potential harvest being reduced by over 80 percent.8

The national response to droughts

The National Committee for Disaster Management (NCDM) is the government agency responsible for natural disaster management and the MoE is responsible for climate change issues. The Ministry of Agriculture, Forestry and Fisheries (MAF) and the Ministry of Water Resources and Meteorology (MoWRAM) address issues affecting agriculture and water resources.

Initiatives for dealing with droughts have included:

Within the government’s climate change programme, there are nine projects aimed at mitigating drought and five projects to mitigate the effects of flood. All of the drought projects are focused on irrigation, such as building water reservoirs.12

Cambodia has not introduced any national early warning system for drought although many observers have said such a system is urgently required.13

In 2016, wells are having to be dug much deeper to find water. The Ministry of Water Resources and Meteorology reported in May 2016 that many of the 30–40 metre deep wells around the country have begun to run dry, and the same is happening with some 60-metre wells.14

The water shortage is not just to do with lack of rainfall, but greater extraction of groundwater. A Stanford University study published in February 2016 found that groundwater use is rising by 10 percent each year.16 The study found that growing dependence on groundwater could drop the water table below the level at which conventional suction pumps can operate within 15 years.

Drought and the demand for irrigation

There is considerable pressure to increase the rice crop in Cambodia to reduce poverty and boost economic and export growth. However, around 96 percent of land planted with rice in the wet season remains fallow during the dry season,17 largely as a result of limited irrigation and dry season drought.

Irrigation is frequently encouraged to increase rice output, but to irrigate on a large scale, the volumes of water required would be enormous. It has been estimated that irrigating the Mekong River catchment land in Cambodia would require the equivalent of 31 percent of the dry season flow of the Mekong.18

Research is pointing the way to handle some of the risks around drought. Depending on the circumstance, solutions can include selecting different types of rice, planting at different times or planting rice deeper. Local solutions also exist: one study examined the potential for rehabilitating an old reservoir, for example, and found a benefit-cost ratio of 2.8, meaning the benefits were worth the expense involved.19 Training and educating farmers is an essential part of all of the processes.