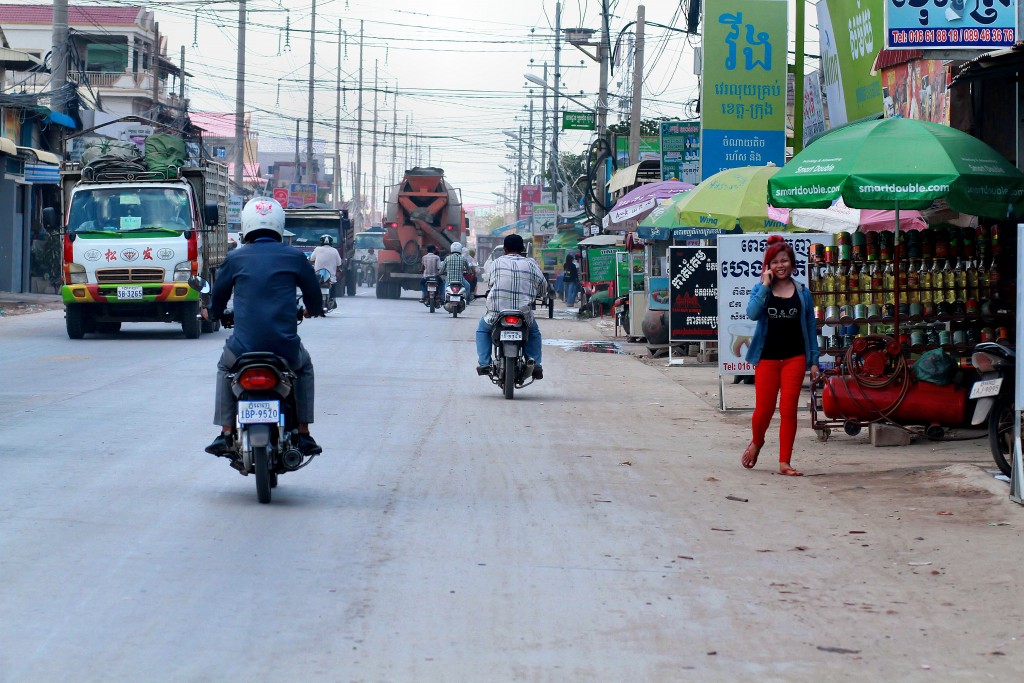 Heavy trucks on a street in Phnom Penh, Cambodia. Photo by Phalinn Ool, taken on June 15 2015. Licensed under CC BY-NC-ND 2.0

The Cambodian government’s 2014–18 Revenue Mobilization Strategy aimed to enhance revenue administration and strongly increase the collection of taxes and other revenue. The strategy has been very successful.

Cambodia is one of the best performing countries in the region in terms of improving its tax take. The kingdom was one of just seven economies in the Asia-Pacific region to show consistent year-on-year growth in overall tax revenue collections (% of GDP) in the 5 years up to 2015.6 The World Bank reported that during 2013–17, tax revenue rose by more than 4 percentage points of GDP, reaching 16% of GDP in 2017. That puts it in second place only to Vietnam.7

In September 2017, Cambodia joined the Global Forum on Transparency and Exchange of Information for Tax purposes.

There was a major revision of tax law in 2016, with the amendment of Article 4 of the Law of Taxation.10 This ended the Simplified and Estimated Tax Regime, where taxpayers typically paid an agreed amount each month. Taxpayers must now pay tax based on their profit or size, and pay VAT (value added tax, a sales tax) based on their sales. Taxpayers were divided into categories:

For small taxpayers there are tax bands for tax on profit. Medium and large taxpayers usually pay a flat 20 percent profit tax.

In 2015, nearly all small businesses, a potential source of tax revenues, were reportedly unregistered.11 Some companies have been reported by the ministry to bear outstanding tax liabilities too, and delay their payment, leading to deficiency in tax revenues and the state’s national budget.12

In addition, the government may boost tax revenue for the administration’s budget by making tax payments easier and adopting additional regulations. Recently, grants of licenses to Acleda Bank and Canadia Bank to collect taxes have been contributing to a continuous growth of tax revenues year on year.14

During a review of the 2013 National Budget, the Ministry of Economy and Finance also acknowledged that a lack of tax regulations in the natural resources, casino15 and telecommunication sectors is a major challenge for the ministry’s efforts in collecting more taxes from these industries.16

The Council of Ministers, the executive, may introduce a draft law on national budgets while the National Assembly gives approval on establishment, amendment and abolishment of any tax.17

For more information and useful documents, the following links might be of interest: