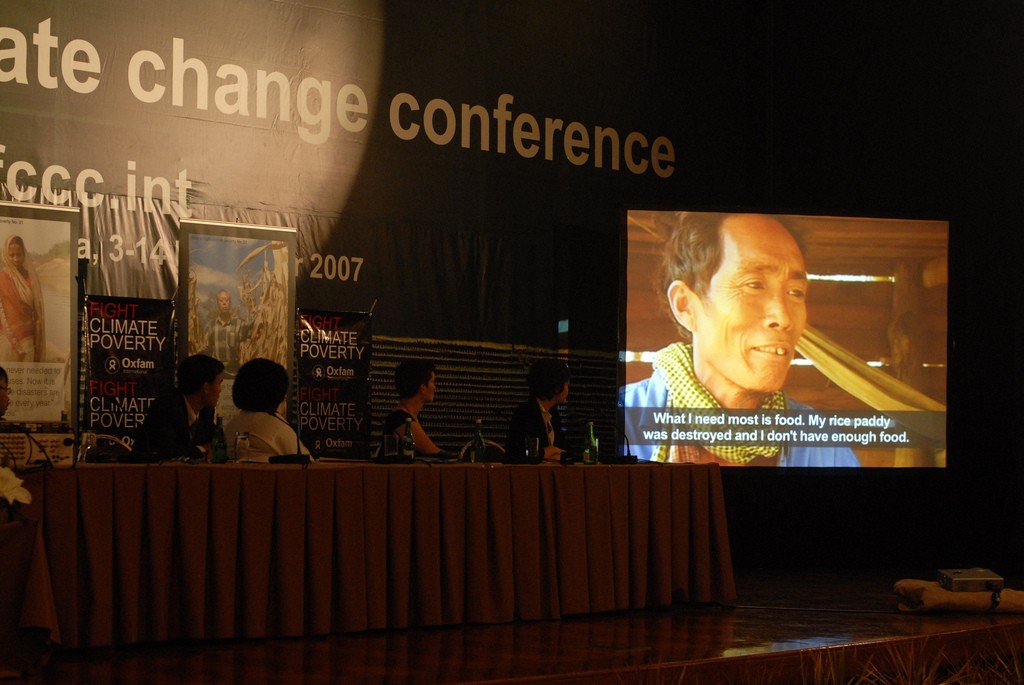 Climate change is a continuing problem. In Southeast Asia, Cambodia is one of the countries that is most affected and underprepared. As it is a developing country, the majority of its people rely on agriculture for their food and livelihoods, and experts warn that changes in climate will lead to more droughts or more floods.

Cambodia’s rice farming is predominantly rain fed, and this dependence leads to its agriculture sector being significantly vulnerable to the impacts of climate change.

Government has rehabilitated existing irrigation infrastructures and constructed new ones. In 2013, Lim Kean Hor, Minister of Water Resources, said that the irrigation systems cover a total area of 1.4 million hectares, about 63% of the country’s cultivated areas.1

However, on September 2015, the Phnom Penh Post reported that, according to the Ministry of Agriculture, 185,451 hectares in 13 provinces had been struck by drought-like conditions, which had increased from 116,129 hectares as a result of a lack of rain during the 2014 wet season.2

https://camclimate.org.kh/en/documents-and-media/library/category/137-national-report.html?download=878:cambodia-s-inc-under-unfccc_aug-2002 was published in 2002, and later on the Second National Communication was published in 2015. The Kingdom has identified several adaptation needs in the priority sectors of agriculture and forestry.4

The National Adaptation Plan of Action to Climate Change (NAPA) aims to provide a framework to guide the coordination and implementation of adaptation initiatives through a participatory approach, and to build synergies with other relevant environment and development programs.10

The Mekong River Commission’s Climate Change and Adaptation Initiative (CCAI) is a collaborative effort among the MRC member countries of Cambodia, Lao PDR, Thailand and Vietnam, to demonstrate and share adaptation strategies. With its emphasis on a basin-wide approach, the initiative ensures that climate change adaptation is harmonised with effective strategies and plans at various levels and is applied at priority locations throughout the basin.12