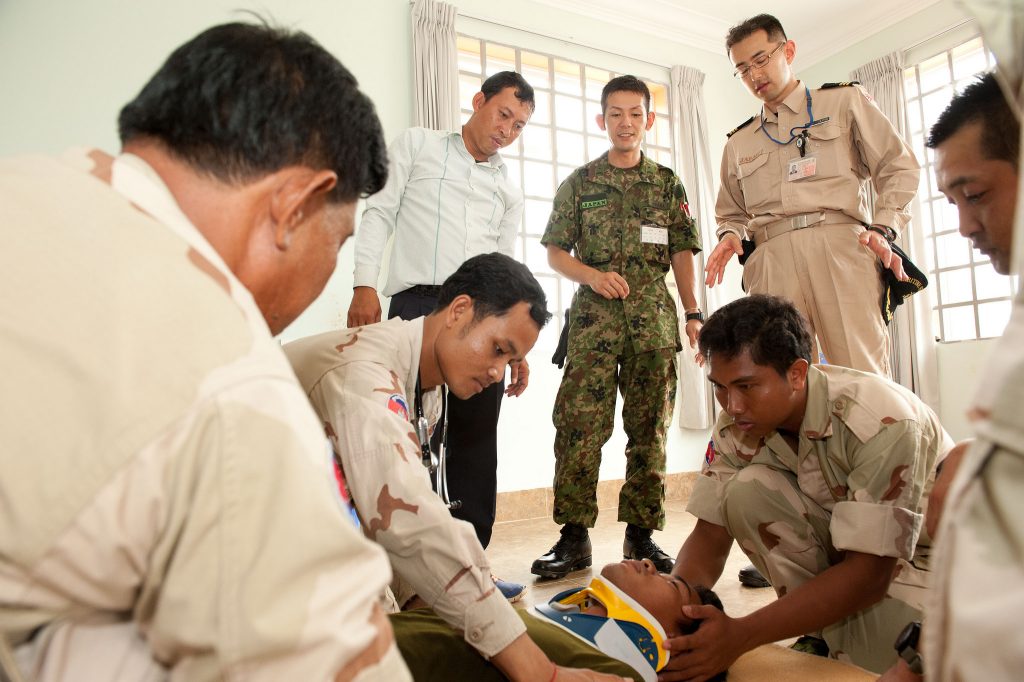 Japan, through its official development branch called Japan International Cooperation Agency (JICA), has been the largest bilateral donor to Cambodia for years (excluding China, since their aid does not always come in traditional methods). Between 1992 and 2018, Japan provided the equivalent of over US$2.8 billion in Official Development Assistance.1 This accounted for around 15 percent of financing from all development partners.

Japan’s assistance has included support for the construction, expansion or renewal of key infrastructure, including:

Japan’s basic development philosophy is “invest in the future.”2 Thus, it is Japan’s primary goals to strengthen Cambodia’s economy through sustainable and strategic growth. In order to achieve these goals, JICA has consistently funded projects in infrastructure and communication sectors. Many of Japan’s on-going projects are set up to include grant aid mixed with technical assistance.

For example, parts of the urban development projects include revamping the public bus system,3 and upgrading Phnom Penh’s drainage system to reduce city flooding.4 The projects are designed to include Japanese assistance, but are being implemented as capacity building and training projects that will provide jobs and make working in Phnom Penh easier.5

The sectors of greatest support have been selected because the deliverable results  are congruent with Japan’s sustainable growth model. Japan is most focused on economic growth, and thus is attempting to assist Cambodia maintain a 7 percent per year growth rate with a manageable inflation rate and stable interactions with the international market.6 Thus far, Cambodia’s economy has responded well to JICA’s projects – the economy, according to Prime Minister Hun Sen on 28 June 2016, has grown by 7.1 percent and the inflation rate stayed below 1.9 percent.7

Another reason JICA has favored infrastructure and communication is because Japan is one of the largest stakeholders in ASEAN, and has been working to support ASEAN’s developing countries enter the global and regional economy.8

In March 2016, JICA donated US$215.5 million in grants and loans for “The Project for Rehabilitation of the Chroy Changwar Bridge”, “The Project for Improvement of Equipment for Demining Activities (Phase VII)”, and “National Road No.5 Improvement Project (Prek Kdam – Thlea Ma’am Section) II”.10 In June 2016, an agreement was signed for implementation of the Project for Improvement of Marine Aquaculture Seed Production Techniques. The project focuses on capacity development at the Marine Aquaculture Development Center in Sihanoukville province, a facility constructed with Japanese aid in 2012.