Defining and measuring forests is not an easy business. Definitions that initially sound very similar can turn out to have crucial differences. Understanding the terms is important for understanding forest use, forest cover, forest laws and policies and deforestation. 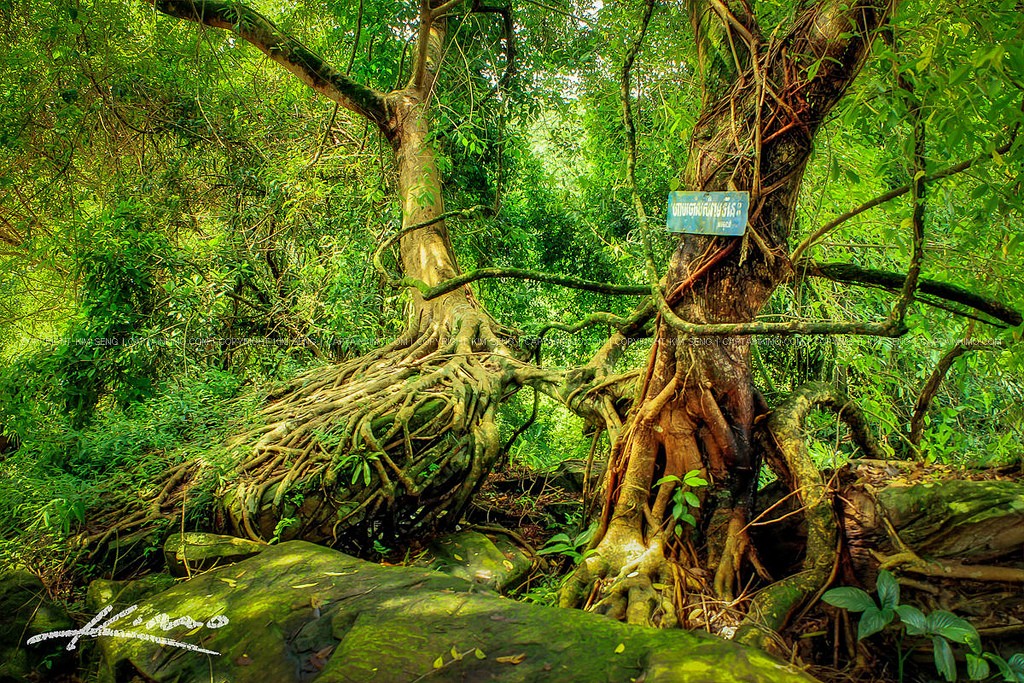 The conversion from other land uses into forest, or the increase of the canopy cover to above a 10% threshold.

The layer of leaves, stems and branches of trees that cover the view of the ground when seen from above. Often described as a percentage – 50% canopy cover means that 50% of the ground cannot be seen because of the trees.

A forest mostly made up of deciduous trees that drop and regrow their leaves seasonally.

The conversion of forest to another land use or the long-term reduction of the tree canopy cover below a minimum 10% threshold. Clearing or harvesting timber from forest areas is not considered deforestation if the land use does not immediately change.

Areas classified as dense forest in ODC’s maps include evergreen forest and semi-evergreen forest as defined in the Forestry Administration’s Cambodia Forest Cover publication (June 2010). Dense forest is mostly located higher than 500 meters. Dense forest may also be called old-growth forest. The definition allows for limited signs of human occupation, such as small settlements of indigenous people in the forest (which the ‘primary forest’ definition does not). As part of their independent analysis of ODC’s 2014 forest cover data, Global Forest Watch stated that dense forest has tree canopy cover greater than 60 percent.

Forest comprising trees that do not lose and regrow their leaves seasonally.

Land with canopy cover greater than 10 percent and area of more than 0.5 hectares. The trees should be able to reach a minimum height of 5 meters at maturity.

The area of land covered by tree canopy. 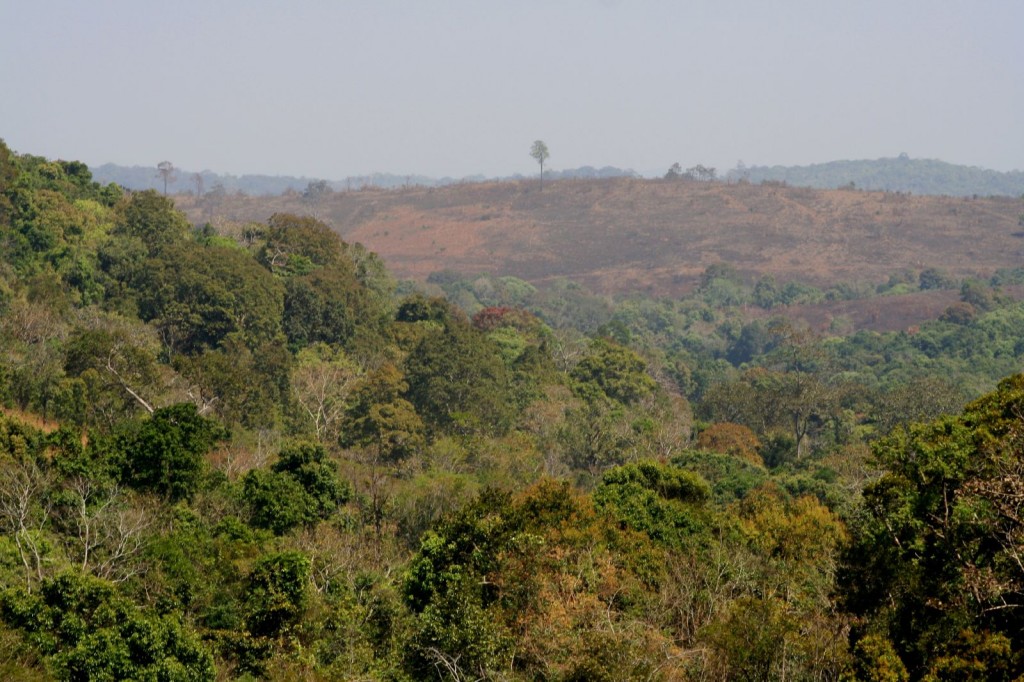 Primarily regarded as dry mixed deciduous forest. Mixed forest may also include regrowth forest, stunted forest, mangroves, inundated or flooded forest, and bamboo, as well as forest plantations growing rubber, acacia, and eucalyptus or other tree crops. Areas classified as mixed forest in ODC maps include deciduous forest and ‘other forest’ as defined in the Forestry Administration’s Cambodia Forest Cover. It also includes grassland and ‘wood shrub land evergreen and wood shrub land dry’ included in the non-forest classification of the same publication.

Non-forest is not dense forest, mixed forest, water or cloud. Non-forest includes urban areas, field crops, fallow or barren land, and other human-impacted areas. Areas classified as non-forest in ODC maps align with non-forests as defined in the Forestry Administration’s Cambodia Forest Cover, with the exception of grass land and wood shrub land (evergreen) and wood shrub land (dry), which were included in mixed forest.

A forest without significant disturbance for at least 100–150 years, with the presence of old trees, a multi-layered canopy, the presence of woody debris, standings and fallen dead trees (snags) which provide diverse wildlife habitat. 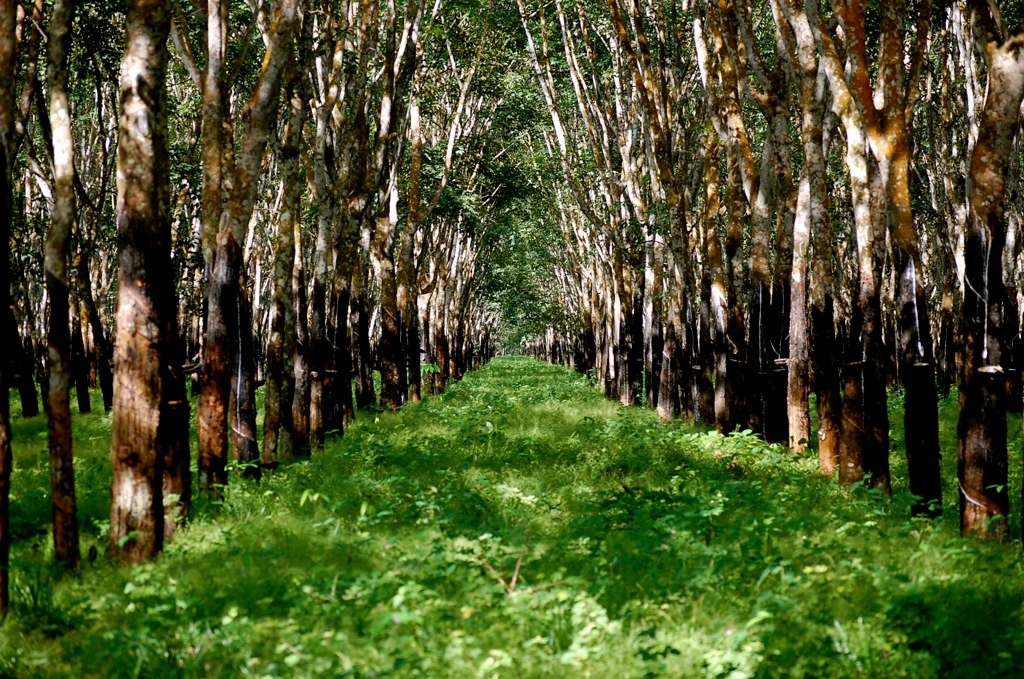 Forests established by planting and/or seeding to create new forest areas or for reforestation and can include either introduced or native tree species. Plantations are often managed for commercial timber harvest.

Planted forests are made up of plantations (such as rubber, acacia, eucalyptus) and the planted component of semi-natural forests.

Forests of native tree species where there are no clearly visible indications of human activities and the ecological processes are not significantly disturbed. (A forest of broadly similar tree makeup but with a human presence, such as small indigenous communities, is called dense forest.)

Planting trees on land that was forested before, but had fallen below the 10% forest cover definition.

Regenerated or native forest that has been cleared, such as for agriculture or ranching. This forest displays a major difference in forest structure and/or species composition compared to primary forests.

Land that meets all other requirements of the forest definition but has only 5–10% canopy cover.