Although there are often new discoveries,1 a global lack of up to date data on botanical research makes plants biodiversity hard to assess in Cambodia. Compared to neighboring countries, the number of plant species is low, mostly due to the relative country’s flat landscape.2 Botanical knowledge changes at an extraordinary pace: the fourth biodiversity report (2008) estimated 2,308 plant species in Cambodia, while the most recent fifth biodiversity report (2014) assesses 4,500 species.3

Among them, the International Union for Conservation of Nature inventories 23 endangered species, 10 of which being critically endangered.4 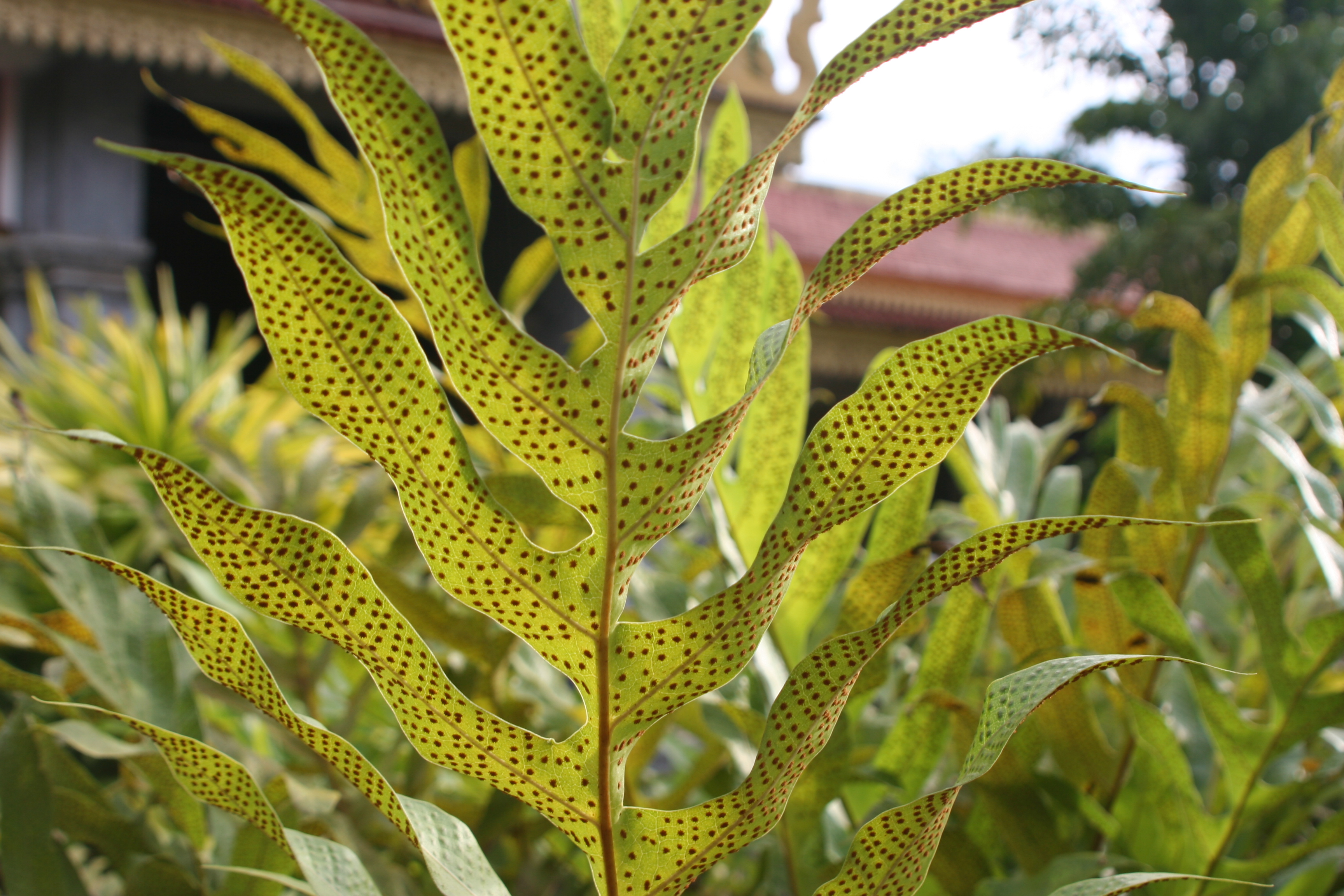 The current extent of sea-grass in Cambodia’s coastal waters is 32,494 ha, and 10 sea-grass species and 30 species of mangroves have been identified.5

We purposely exclude corals, as they are categorized as animals.6

In addition, most of the research were conducted during French protectorate, and a lot of these finding are scattered in Paris, Saigon among other places, while little efforts that have been made to put the pieces together. One of the best recognized survey is “Flore du Cambodge, du Laos et du Vietnam », which has been conducted since 1960, and had released its 35th volume in 2014.7 Recent efforts are improving botanical knowledge, especially accessible in the Cambodian Journal of Natural History, which publishes updates on general nature protection, as well as thorough studies on plants and biodiversity.8

Most Cambodian plants exist in evergreen forests. The best way to ensure plants diversity is to keep forests unaltered and improve their protection. Actions are currently taken to formalize environment protection in Cambodia, which may be a priority since 40% of Southeast Asia’s flora and fauna faces extinction by the end of the century.9

Plants are not only valued for their inherent contribution to biodiversity, they also have a role in agriculture. For example crop genetic diversity has a critical role in increasing resource yields and sustainability in agriculture. Organizations such as IRRI provide ecological counseling that helps rice farmers in improving crops yields by selecting species depending on the soil composition and whether condition. Ecological engineering is overall an important to improve agricultural production systems.10 Nowadays, two vision of agriculture are opposing each other, single-crop farming and mixed farming. Single crop-farming is used in big-scale fields and is the basis for the high yields that we have today. On the other hand, mixed farming is developing especially in exploitations of smaller scale. Although the yields may not be as important, mixed farming takes into account plants interaction and is healthier for the soil.11

Soil regulation is another major ecosystem regulation provided by plants, they play a role in decomposing the litter and recycling nutrients, as well as photosynthesis and carbon sequestration.12