Criminal litigation refers to the judicial procedure held before a criminal court to resolve accusations brought against a person accused of a criminal offense. As defined in the law, “The purpose of a criminal action is to examine the existence of an offense, to prove the guilt of an offender, and to punish the person according to the law”.1

In Cambodia, the establishment of a criminal legal framework adapted to international standards is a relatively recent development.2 The 1993 Constitution of the Kingdom of Cambodia provides for the recognition of and respect for human rights, as guaranteed in relevant international human rights instruments.3 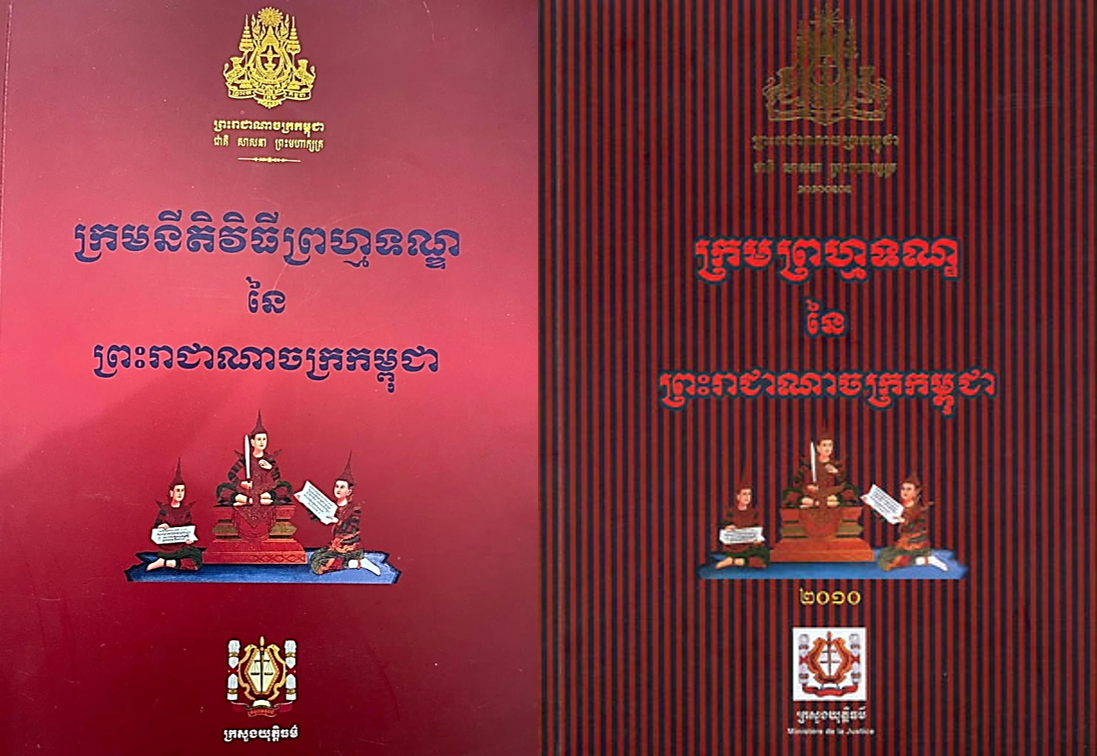 The Code of Criminal Procedure of the Kingdom of Cambodia was adopted by the National Assembly in 2007, and in 2010, the Criminal Code of the Kingdom of Cambodia was enacted.4 These two documents are the legal framework of Cambodian criminal law and procedure. The law sets out a list of criminal offenses. Most of these offenses and the conditions that must be met are found in the Criminal Code. Technically, a person can only be convicted if all the elements of the definition of the offense are met.5

However, while a legal framework exists, its application has been widely criticized.6The lack of staff and resources7and especially a lack of integrity in Cambodian courts have been criticized by international and national organizations.8 Justice is seen as biased and there are claims that it is influenced by the executive, political and economic powers, largely bypassing the application of the law as it exists to the benefit of other interests.9

The Code of Criminal Procedure defines the purpose of criminal actions as follows: “Criminal actions are brought by Prosecutors for the general interests of a society. Prosecutors initiate criminal proceedings and request the application of the law by investigating and trial judges.” After a complaint is filed by a victim or police investigation, the criminal case is initiated by the prosecutor. A criminal action must be brought within a specific time limit. Criminal courts may also rule on a civil claim. This will be at the request made by the victim of the criminal offense, called a “civil party”. The victim will not ask for a penalty but will seek compensation for the damage suffered because of the criminal offense.10

The law gives a range of potential sentences, such as a minimum and a maximum penalty, and the court chooses from within this according to the gravity of the acts committed or the background of the perpetrator. It is the principle of individualization of penalties.11 All criminal offenses are separated into one of three different categories, depending on the seriousness of the offense and the sentence that it carries: felony,12 misdemeanor13 and petty offense.14 There are rules regulating both pre-trial and trial proceedings.

Pre-trial procedures are the legal framework of the preliminary investigations. When the prosecutor becomes aware of acts that may be classified as criminal offenses through complaints, denunciations and submissions from judicial police officers, either the file is held without processing or criminal charges are brought.15 Criminal prosecutions can be processed through an investigation, direct hearing (before the court of the first instance) or an order to appear immediately (before the court of the first instance, if the offense was flagrant and not among the most serious ones).16 In the case of a felony or the most serious misdemeanor, conducting an investigation is compulsory.17

The police may notify the suspected individual of the order to appear and keep them in custody for questioning.18 Rules of procedure and the limitations of the duration of police custody are to be respected by the police.19 For example, after 24 hours in custody, the detainee may ask to contact their lawyer or any other person to assist them.20

The proceedings begin before the Criminal Court of the first instance.25 It is presided over by a judge, separate from the investigating judge. For felonies, a panel of three judges is required.26 During the trial, the procedure states that all parties concerned may be questioned and the evidence presented, by both the prosecution and the defense, in order to establish the facts.27

At the end of the trial, the judge or judges issue and announce their verdict, which must be made public.28The accused may either be acquitted or found guilty beyond a reasonable doubt and be convicted.29 Either party may appeal against the judgment of the court of the first instance.30 The case is then brought before the Criminal Chamber of the Court of Appeal. When the defendant appeals, the Court may acquit the defendant, reduce their sentence or re-qualify the offense, but it may not increase the sentence or add a new one. When the prosecutor appeals, the Court can reverse an acquittal judgment and increase a sentence.31

Finally, if one of the parties contests the judgment on appeal on the basis of a procedural defect such as an abuse of power, an unlawful composition of the jury or manipulation of the facts, then an approach made be made to the Supreme Court,32 which may dismiss the request or overturn the judgment in whole or in part and refer the case again to the Court of Appeal.33