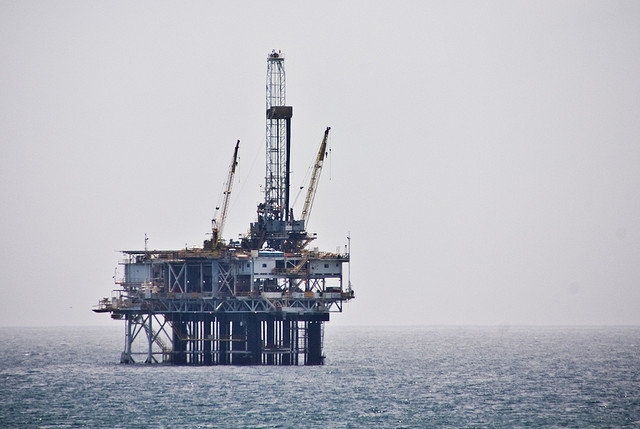 For the purposes of oil and gas exploration, six Offshore Blocks (A–F) have been set out. Significant finds of oil have been reported in Block A, but no oil has yet been extracted.

There is also an Overlapping Claims Area (OCA) of more than 27,000 km2 which both Cambodia and Thailand lay claim to. This lies in the Pattani Basin, which Thailand has already extracted oil and gas from.

Despite oil dipping to a price that is extremely low compared to recent decades, in January 2016, the company with the controlling interest in Block A, KrisEnergy, said that it remained committed to producing oil.1 In August 2017, the company signed a production-sharing agreement with the Cambodian government.2 However, it has also been reported that an analysis by consulting firm Resources for Development found that production from Block A is not viable until oil prices rise to at least $70 per barrel.3

Of the six offshore blocks (A-F), Block A is the most advanced in terms of exploration and production plans.

Block A: Covering 6,278 km2 in the Gulf of Thailand, this area was awarded to Chevron Overseas Petroleum (Cambodia) and Moeco Cambodia in 2002. In 2005 Chevron announced that oil had been found in four wells and gas in one. Subsequently, 18 exploratory wells were drilled and commercial discovery was announced in 2010.4 Ownership changes included a move in August 2014 by KrisEnergy Ltd. to acquire Chevron’s stake. The Singapore company’s purchase gave it control over the exploration and production at Block A.5

Provided that certain requirements set down in the production-sharing agreement with the government are met, production may begin in 2019.7

Block B: Awarded in 2005 to PTT Exploration and Production, Singapore Petroleum and Resourceful Petroleum Ltd (RPL), and covering 6,551km2. Findings so far have only revealed non-recoverable oil deposits. In 2013 PTT’s shares were transferred to RPL.

Block C: Licensed to Polytec Petroleum Hong Kong. The company is at the stage of acquiring seismic data.

Block D: Covering 5,507km2, granted to Singapore-listed Mirach Energy Limited with 30 years production rights, formerly known as China Petrotech Holdings Ltd. They had completed their environmental impact assessment report by the end of 2014 and have obtained exploration approval from the Ministry of Mines and Energy. An MME spokesperson said that CPHL had conducted geological and geophysical surveys over the years 2006–2013 to identify the location of potential oil reserves.8 In March 2016, industry website Rigzone reported that Mirach Energy Ltd. was finalizing plans to conduct exploration drilling at Block D following the approval by MME to extend the exploration period for the permit till December 2018.9

In June 2015, CPHL Cambodia signed off a deal with two subordinate companies of Shezen listed Landocean Energy Services Company, namely PST Service Corporation (PST) and Chengdu Western Union Petro Engineering Technology (UP) and has been waiting for the approval from General Department of Petroleum of Cambodia and associated authorities for their agreement to be fully established.10

Block E: Originally licensed to Medco Energi, Kuwait Energy and JHL Petroleum. Reports from early 2016 suggest the block is no longer assigned to any company.11

It was reported in January 2016 that the Ministry terminated the contract of RPL for its two off-shore oil blocks (B and F) because of a lack of progress on exploration activities.12

Related to Off-shore oil and gas exploration and extraction