Commercial-scale production of gold in Cambodia could soon begin. In August 2016 the Council for the Development of Cambodia granted approval for mining to Mesco Gold.1 The Ministry of Mines and Energy issued a mining license on 12 km2 for the company’s Phum Syarung mine in Ratanakiri. This was the first industrial mining license for gold issued under the new regulatory framework established by the Royal Government of Cambodia.2 Gold is found in a  number of provinces, mostly in northern Cambodia.3 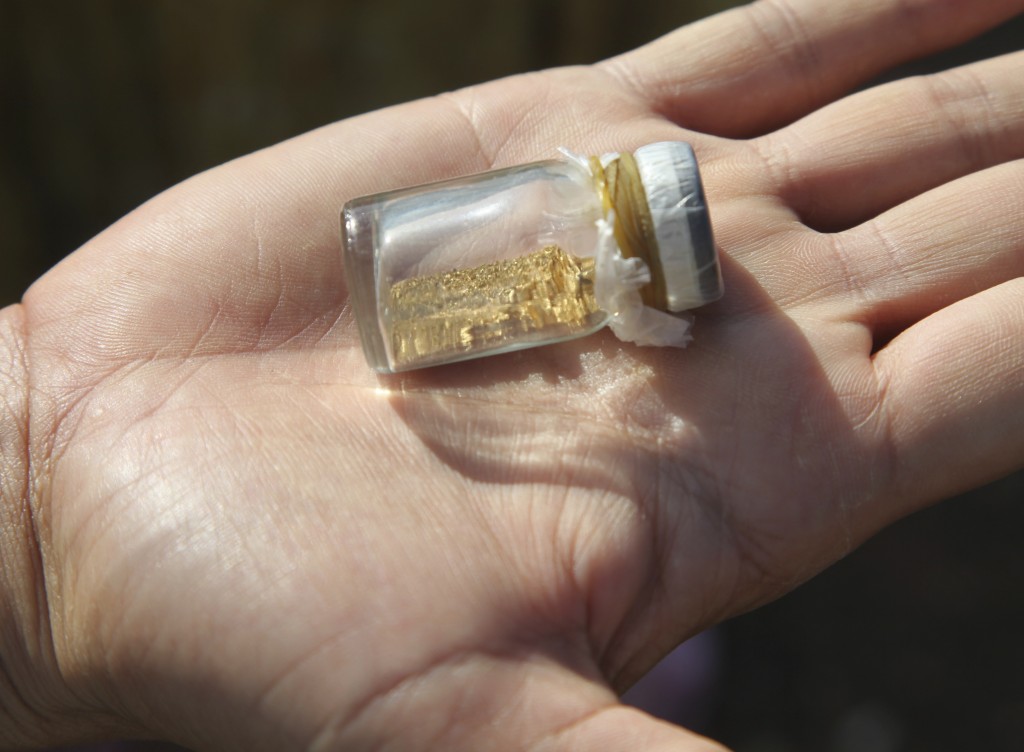 A slow path to development

Civil war and political uncertainty held up exploration for many years. Even after 2000, challenges such as limited road access in remote sites, the presence of land mines, and an underdeveloped legislative framework remained. Significant investment in exploration only began after 2006/2007. Today, some companies still cite higher risks in Cambodia than other countries as reasons for limiting or reducing investment.4

Australian-based Southern Gold obtained seven exploration licenses for gold and base metals on an area of 1,500 km2 in northeast Cambodia. In 2014/15 the company completed a sale, purchase and joint venture agreement with Mekong Minerals Ltd over its tenements in Cambodia. Southern Gold will not put further cash into exploration, but will earn a royalty if Mekong Minerals strikes an economic deposit.5

USA-based Angkor Gold has seven exploration licenses in Cambodia covering 1,448 km2, which it has explored in the past six years. 6 The company conducts early exploratory work and then engages in strategic partnerships with other companies to take the find to production. Angkor Gold has seven projects, shown in this graphic from the company’s website: 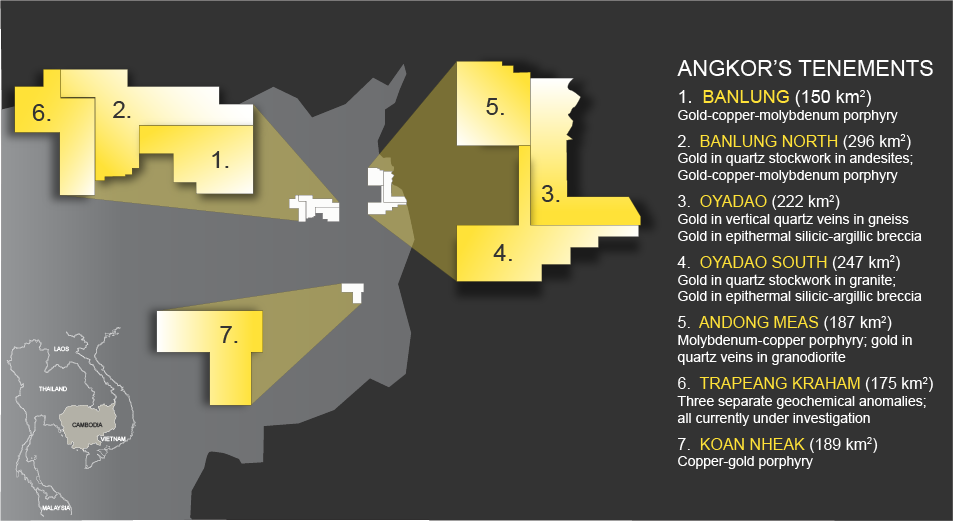 In 2014, the company announced that it had received an approval from MME to proceed with an Environmental Impact Assessment (EIA) on Cambodia’s first royalty-generating underground gold mine at Phum Syarung in Ratanakiri. The actual production would be carried out by Mesco Gold (Cambodia) Ltd.7

Mesco is an associated company of Mesco Steel Ltd., a leading India-based iron and steel producer with other resources interests. Mesco Gold’s partnership with Angkor Gold means that if/when the mine goes into production, Angkor will receive a sliding scale royalty based on the price of gold from all production.8  Mesco Gold anticipates a rolling start to production and has the ambition of becoming a mid-size gold producer in Cambodia. In March 2015 it was announced that an agreement for financial compensation had been reached between Mesco and affected villagers.9 On 29 October 2015, Mesco Gold announced that it had established the required surface-level infrastructure. 10

Australian-based Renaissance Minerals has exploration licenses covering 400 km2 of Cambodia’s eastern plains in Mondulkiri province.11 A positive scoping study was completed in October 2014 for the development of its Okvau deposit. This was followed by a Pre-Feasibility Study, completed in July 2015. This 2015 study indicated a mine would have a potential life of 8 years, producing an average 91,500 ounces of gold each year from a single open pit mine.12

Geopacific Resources entered Cambodia in 2011 and formed a joint venture partnership with Royal Group. It acquired the Kou Sa project in Preah Vihear province in 2013. It has reported good finds, and in September 2015 announced that it would begin a scoping study in 2016.13