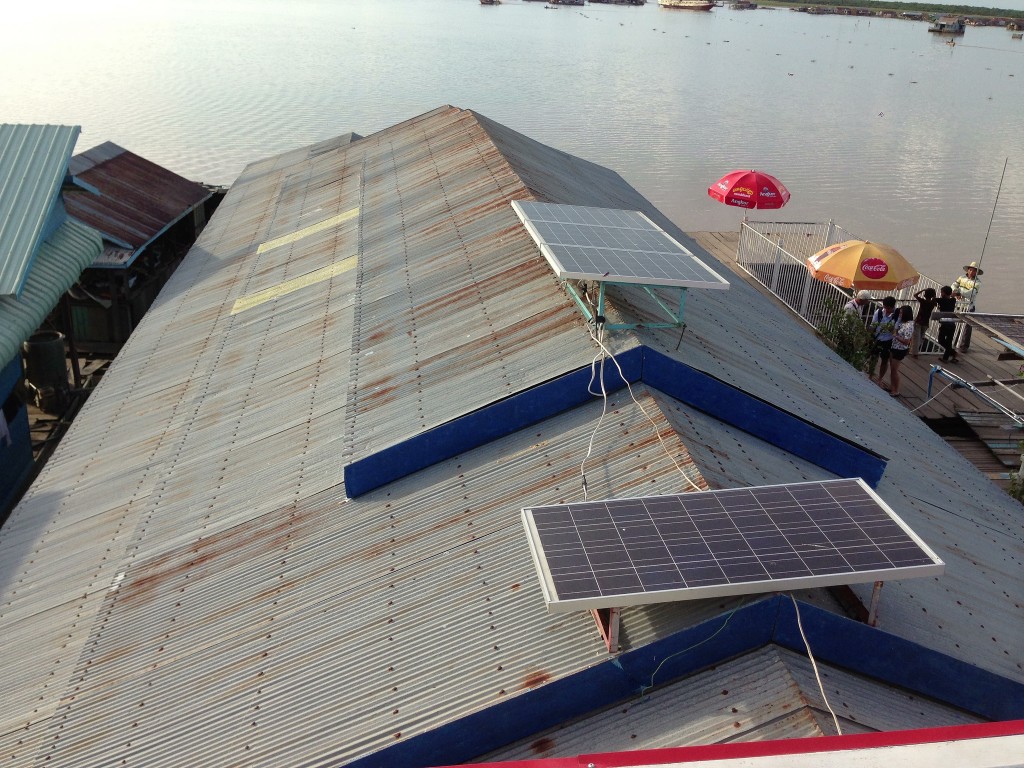 Renewable energy is energy that comes from sources that can be replaced, such as hydropower, solar photovoltaic (PV generation) and biofuel. It excludes fossil fuels. In 2018, renewable energy made up 62% of Cambodia’s installed electricity capacity, with by far the largest part of that coming from hydropower dams.1

The Phnom Penh Post reported that biogas plants will be installed across Cambodia to provide electricity to rural areas. This 15-year project is led by the United Nations Industrial Development Organization (UNIDO) and funded by the Global Environment Facility (GEF). The project is expected to generate 1.5 megawatts of electricity in its first phase.2

A $360 million Chinese-owner sugar mill that opened in Preah Vihear province in April 2016 has, in addition to its sugar production, an annual capacity to produce 50,000 litres of ethanol and 9 megawatts of surplus electricity.8

According to the Electricity Authority of Cambodia (EAC)’s Annual Report on Energy Sector 2014, Angkor Bio Cogen Co. Ltd., Phnom Penh Sugar Co. Ltd., IED Invest (Cambodia) and Cam Chilbo Electric Power Co. Ltd. use wood and agricultural products or waste as fuel to generate electricity in Cambodia.9 By 2014, due to the addition of biomass plants, the electricity supply by biomass saw huge growth. From 2013 to 2014, electricity generated by biomass increased from 6.68 GWh to 16.79 million GWh.10 By 2016 there had been another jump, to 42.44 GWh.11 Despite this growth the production is comparatively small, producing less than 1 percent of the kingdom’s electricity.12

No assessment available in Cambodia. The country has just one small area where geothermal activity is visible at ground level, in Kampong Speu province.

Solar power is increasingly being used in rural areas of Cambodia. Through the Rural Electrification Fund (REF) with NGO assistance, 12,000 solar home systems have been installed in rural areas since 2012.13

The Asia Development Bank (ADB) provided a loan for Singapore company Sunseap Group to build Cambodia’s first large solar farm in Bavet. Sunseap has signed a 20-year power-purchase agreement with Electricite du Cambodge for the 10 MW facility, which is anticipated to meet around a quarter of Bavet city’s energy needs.14 Part of ADB’s funding is a concessional loan from the Canadian Climate Fund for the Private Sector in Asia.

The construction cost per megawatt generated of this solar plant has been estimated at less than half that of the Lower Sesan II dam.15 The same scientists have said that a 10,000 hectare land block in Cambodia could be used to generate approximately 3000 megawatts of electricity.16

In May 2019 the ADB announced its support for a much bigger solar facility, providing a $7.64 million loan to support the construction of a 100 MW solar power park in Kampong Chhnang province.17 The support package includes funding from Korea and other sources to provide capacity development for Electricite du Cambodge and the Electricity Authority of Cambodia in PV technology and solar park planning. It also provides for a transmission system to connect the solar park to the national grid.

One of the challenges for companies that install solar photovoltaic panels for their own energy needs is that there is no feed-in tariff that allows them to export surplus electricity to the national grid. A garment manufacturer in Siem Reap that has installed 280 solar panels at its factory cannot get a full return on its investment because it cannot sell the electricity that is produced when the factory is not operating.18

No assessment available in Cambodia.

The Atlas Report in Southeast Asia estimates the total wind energy potential in Cambodia to be around 1380 MW. A 700 kW wind energy project is being used in Prey Veng province to pump water.19