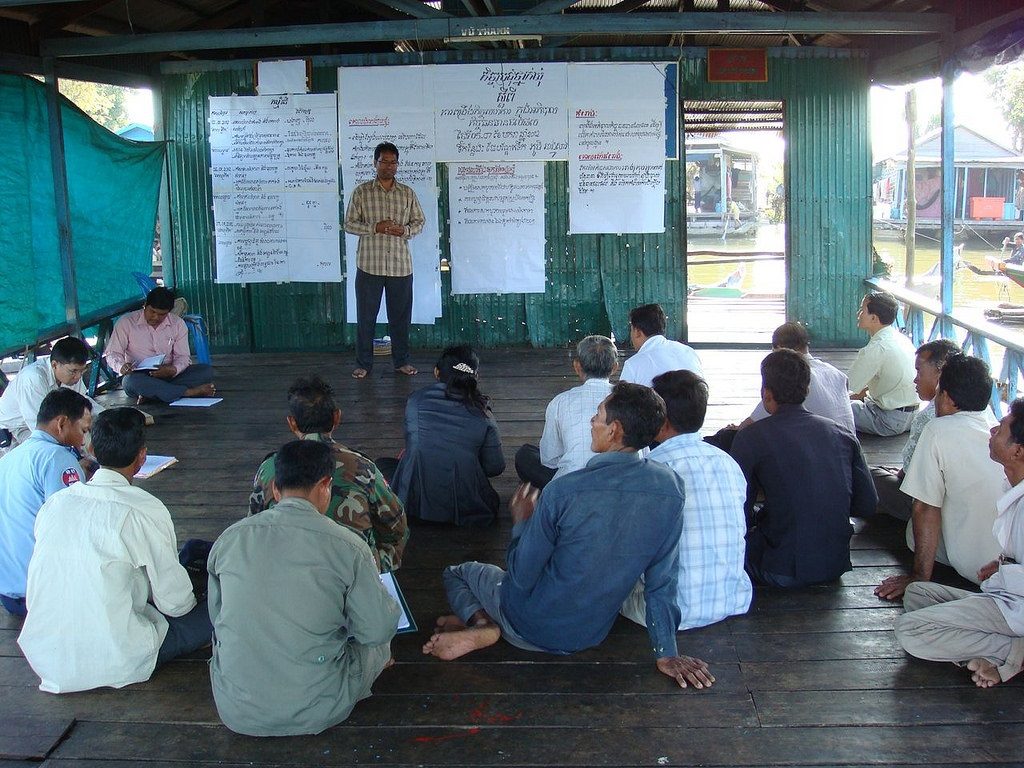 Multilateral aid is funding that is funneled between more than one party before it reaches its ultimate intended recipient. This is done when a donor country allocates aid to an intermediary organization such as the World Bank or the United Nations, which in turn disburses the donations to recipient countries.

Most International Development Assistance (IDA) from donors is made up of concessional loans, which are loans where the terms are more generous than market loans. The concessions are typically interest rates below those available on the market, or extended grace periods of ten years or more, or a combination of the two.1 Non-concessional loans and technical assistance (spending by donors on consultants, training and research) are also significant.2

A large proportion of the international aid coming to Cambodia is multilateral.

Cambodia’s largest multilateral development partner is the Asian Development Bank (ADB), which has been supporting the Government of Cambodia since 1966. By early 2018, ADB had committed a total of $2.86 billion in lending, grants, and technical assistance for Cambodia.3 The largest amounts of ADB funding have supported agriculture, natural resources and rural development, and transport.4

The EU and UN almost completely give to Cambodia in the form of grants.6 These grants are given primarily to NGOs, much like bilateral aid, and as is shown in Bilateral Aid there is are clear types of development that this funding supports.

Academic research in the field suggests that the political interests of the organization’s major stakeholders shape multilateral aid allocations.7 For example, the World Bank cut its funding to Cambodia for roughly five years due to pressure from its sponsors and resumed again according to political interest.

Multilateral aid can be funneled in two ways: directly to the recipient county or to an NGO, which will compete for the money through grant writing. For example, in 2015 $286,650,639 was given as IDA in a multilateral form with of that $13,664,649.92 given to NGOs working in Cambodia.8

While a great deal of multilateral aid comes from government-funded or sponsored programs, many are independent actors promoting development in specific sectors. For example, Scaling Up Renewable Energy in Low-Income Countries Program (SREP) – an arm of the global Climate Investment Fund donated $30 million to the Royal Government of Cambodia (RGC) on Tuesday, 21 June 2016 to be used exclusively on solar power infrastructure.9

These types of projects are often referred to as co-cooperative agreements, seeing the donor(s) have some say in how the money is spent. In the case above, the money will be spent on clean energy. This type of aid is expected to dwindle in coming years due to the RGC’s stronger ties to regional banks and donor nations. Investments are expected to be the leading source of foreign capital coming in – and particularly to the Special Economic Zones.

Technical Assistance (TA) is also a major emphasis of multilateral aid. TA projects are set up in such a way that development partners give support and consultation to the RGC. A few examples of these projects include: rural sanitation10 (supported by World Bank), the creation of microfinance institutions11 (supported by ADB), Cambodia-Singapore Training Compendium12 and the Technical Cooperation Action Plan13 (backed by the IMF).