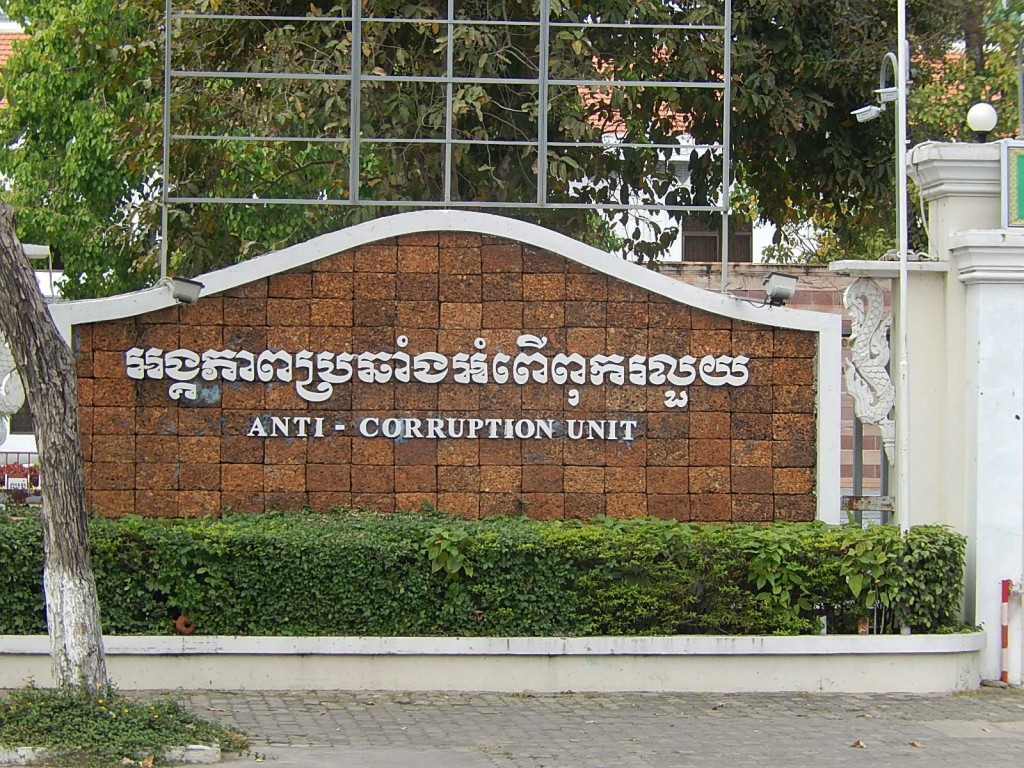 In the 2016 Corruption Perceptions Index published by Transparency International, released in January 2017, Cambodia ranked 156th out of 176 countries.1 Cambodia has the lowest score of all ASEAN countries; in the Asia/Pacific region only Afghanistan and North Korea have poorer scores.

In 2014 TI released a 233-page report Corruption and Cambodia’s Governance System: The Need for Reform. It included the comment:

“Bribe-seeking and offering undermines the professionalism and accountability of government institutions. It leads to situations where those that can afford to pay more receive preferential treatment, inequality is exacerbated, and impunity reigns.”2

The report rated institutions with a scoring system from zero (very weak) to 100 (very strong). The judiciary ranked lowest at 16, followed by law enforcement agencies at 22. Political parties scored 42 and civil society 48.3

In its Freedom in the World 2017 report, Freedom House says of Cambodia: “A climate of impunity remains a serious obstacle to criminal cases of any type against powerful Cambodians.” Cambodia was scored 3 out of a potential 16 points in the Rule of Law rating.

There is some evidence that corruption at lower levels is declining. The Global Corruption Barometer, based on interviews with more than 1,000 Cambodians, indicated a fall in direct experiences of corruption. Nearly two-thirds of respondents reported paying bribes to officials to get identity documents in 2013, but less than a third did in 2016. In 2013, 38 percent said they paid bribes to receive health care, but in 2016 only 19 percent did. However, 45 percent of respondents said they had not reported corruption in the past out of fear of repercussions. The findings were released in early 2017 by Transparency International.4

Cambodia has ratified the United Nations Convention Against Corruption.

Corruption is a crime in the provisional Criminal Code, particularly Article 38, which criminalises actual and attempted corruption conducted by any political official, civil servant, military personnel or official agent for the Cambodian parties.5 Corruption in the form of active and passive bribery, abuse of office for private  gains and extortion are also criminalised under the provisional Criminal Code.

The Anti-Corruption Body (ACB) in the Council of Ministers was created as the body to be the main anti-corruption agency and was charged with developing anti-corruption measures and presenting proposals to the government.6

Cambodia passed an Anti-Corruption Law in 2010. Officials found guilty of corruption under this law can face up to 15 years in prison. People who pay bribes for government services can also be charged. However, whistleblowers can also face imprisonment up to 6 months if the Anti-Corruption Unit (ACU) established under this law cannot find sufficient evidence to support their claims.7

By December 2017 the whistleblower and witness protection law was still only at the drafting stage. However, head of the Anti-Corruption Unit Om Yentieng said the draft was 90 percent complete and had gone to the Ministry of Justice for their comments. The head of Transparency International in Cambodia, Preap Kol, said his group had seconded a legal expert to help draft the law.9

In 2012 and 2013 the government began publishing the standard fees for various government services to reduce the risk of higher payments being made.