Oil and gas have been found on Cambodian territory. No commercial extraction has yet begun, although steps are being taken towards production from an offshore oil field. All the petroleum products for local demand are currently imported, chiefly from Vietnam, Singapore and Thailand. Consumption has been growing – Cambodia imported 2.55 million tons of petroleum in 2015, a 64% jump from 2014.1 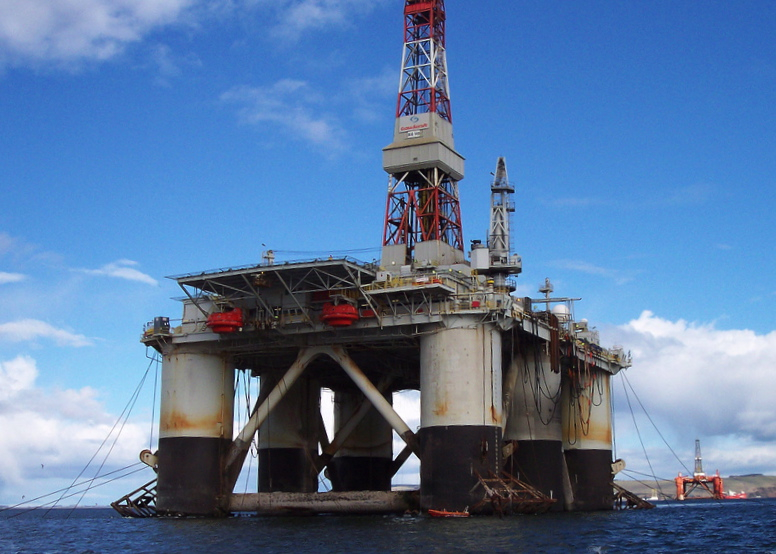 For oil and gas exploration, Cambodia has established six offshore blocks (A–F), nineteen onshore blocks (I–XIX) and four blocks in an overlapping claims area (OCA) that is contested with Thailand. Offshore Block A is likely to be the first to produce oil. The government has estimated that the field holds 30 million barrels of oil, which could be recovered over nine years.2 In August 2017 the government signed a production-sharing agreement with Singapore-listed KrisEnergy, which holds the rights to develop Block A.3

Production of oil is slowly getting closer. In late 2018, Singapore company Keppel Offshore & Marine was contracted to modify and upgrade a production barge for use in the Apsara oil field in Block A. Oil industry publications say the barge will be able to process up to 30,000 barrels of fluid per day and be able to separate oil, gas and water.4 Plans for the first stage of production include a single unmanned wellhead platform and a moored production barge. Crude oil will be piped to a storage and offloading vessel approximately 1.5 km away.

Cambodian law on oil and gas

Under the Cambodian Constitution, all mineral resources are state property.5 There is as yet no specific law in place covering oil and gas in Cambodia, although in April 2019 it was reported that the Council of Ministers had approved a draft of the Law on Petroleum and Petroleum Production Management. Made up of nine chapters and 72 articles, the law gives authority to the Ministry of Mines and Energy to manage all activities in the petroleum industry, from study and research to business development.6

The sector is currently governed by the amended Petroleum Regulations, 1991. In 1998, the government established the Cambodian National Petroleum Authority (CNPA) under the (then) Ministry of Industry, Mines and Energy (MIME) to manage petroleum resources. (The Ministry is now the Ministry of Mines and Energy, MME.) The CNPA is responsible for evaluating bids and making recommendations to the government that petroleum agreements be granted to specific companies.7

Cambodia uses a Petroleum Agreement (or Production Sharing Contract) for licensing companies to explore. This sets out:

Other standards for safety and security are set out in the Regulations, as is the requirement that the contractor protect the local environment and the health and safety of workers.8 A full environmental impact assessment (EIA) is also required for all oil and gas operations,9and project implementers are required to abide by all relevant legal frameworks, including the environment laws and associated regulations. Operators are also required to submit a safety management plan, emergency response plan, and an oil spill contingency plan.

Cambodia has no refinery with the capacity to deal with the oil and gas that may be extracted, although in early 2015 the Cambodia Petroleum Company confirmed its $2.3 billion oil refinery, to be built on 365 hectares across Kampot and Sihanoukville provinces, was in the early stages of construction.10

Developing the legal framework for oil and gas extraction and developing the regulatory and administrative capacities of the CNPA are crucial to ensure competitiveness and transparency, and to safeguard the interests of investors, consumers, the environment and local people. Several international development agencies and financial institutes have provided, or are providing, technical and financial support to the government to achieve this, and the government is working to develop a complete legal framework for managing petroleum resources. A new Petroleum Law will be accompanied by a sub-decree providing implementing regulations.

Oil and gas resources can be a curse if the income is not well managed, distorting the economy and not improving the overall livelihood of citizens. Harvard professor Jeffrey Frankel has found that “the quality of institutions is the deep fundamental factor that determines which [oil and gas producing] countries experience good performance and which do not.”11

Some researchers have suggested that Timor Leste’s approach to oil income could be a useful model for Cambodia.12 Both countries suffered years of turmoil, have limited infrastructure and small oil reserves by world standards. Timor Leste set up a sovereign wealth fund, and by law, all oil and gas income must go into this. This fund is managed by the central bank, and withdrawals can only be made to finance the state budget below 3% of estimated total oil and gas wealth. The aim is to maintain a long-term fund to serve future generations.

In March 2015 it was reported that MME and the Finance Ministry were assessing the risks of setting up a government-owned and operated oil company.13 If established the company would invest in the industry and engage in joint venture with foreign partners.