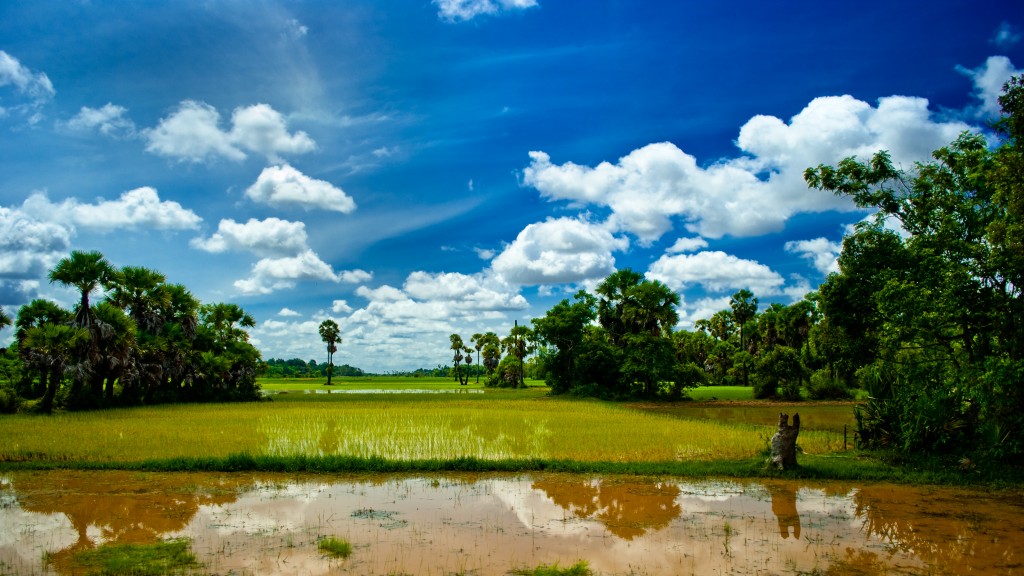 As Cambodia moved away from a socialist system and began to embrace a free market economy in the early 1990s, the country implemented a series of unprecedented land reforms that created the foundation for an entirely new regime of land administration. In the late 1980s, and for the first time since the Khmer Rouge came to power in 1975, Cambodia began to acknowledge the private ownership rights over certain types of land.1 A new land policy released in April 1989 confirmed that the state was the default owner of the country’s land, but also that Cambodian citizens had the right to acquire private ownership of residential land and private possession of agricultural land.2

In 1992 Cambodia adopted a new Land Law, which specified that ownership could be acquired through succession, contract or by converting “temporary possession” into full ownership.3 In 1999 the Ministry of Land Management, Urban Planning and Construction (MLMUPC) was established to govern and administer issues related to land management and administration in Cambodia.4 The MLMUPC is supported by provincial and municipal departments across the country.

Not long after the establishment of the MLMUPC, the 2001 Land Law was adopted. This law provided the foundation for Cambodia’s current land reforms and introduced important new provisions such as those related to land registration and indigenous land rights. The 2001 Land Law is still in place today, although it has since been amended by Cambodia’s new Civil Code. The Land Law is supported by a large body of sub-decrees, prakas (declarations), circulars and decisions, which add detail and set out specific implementation process.

In 2001, the Cambodian government issued a new statement on land policy. The broad objectives were to strengthen land tenure security and land markets, and prevent or resolve land disputes; manage land and natural resources in an equitable, sustainable and efficient manner; and promote land distribution with equity (i.e. social land concession).5 In order to achieve these objectives the government established the Land Administration, Management and Distribution Program (LAMDP), implemented by the MLMUPC. The government’s 2002 Interim Paper on Strategy of Land Policy Framework provided more detail on the three policy pillars of administration, management and distribution.6

Land administration relates to issues including land registration and dispute resolution. Social land concessions are implemented under the pillar of land distribution, the goal of which is to encourage distribution with equity.7 Land management policy aims to ensure the efficient, sustainable and equitable use of land and natural resources.8 To date, although a number of regulations relating to land management issues have been passed, progress under the land management pillar has been less significant than expected. In a 2009 Declaration on Land Policy, the government again emphasized the importance of the three pillars.

In 2012 the government issued a new White Paper on Land Policy, the main objective of which is to promote land use, land management and natural resource management for sustainable and equitable socio-economic development. The Land Policy aims to achieve this goal through:

The Cambodian government has since reaffirmed its commitment to the White Paper on Land Policy in both the third phase of the Rectangular Strategy Phase III and the National Strategic Development Plan: 2014-2018.10 These espouse a commitment to developing further the legal framework for land management and land use; improving land tenure security in the form of accelerated land registration and title issuance; promoting transparency, efficiency, and sustainability in land use and management; and spurring the distribution of land through social land concessions.11

Cambodia has made considerable progress in developing the regulatory framework and institutional capacities required to implement its land reform agenda. The MLMUPC has established strong mechanisms in areas such as systematic land registration, indigenous land registration and social land concessions, although full implementation remains a challenge. Other frameworks such as for state land management, have been developed but are still not systematically implemented. As frequently reported in the media and by non-governmental organizations, Cambodia continues to face significant problems concerning land disputes and evictions. While huge progress has been made in developing policy, regulatory and administrative framework for land in Cambodia, it is clear that the government still has some distance to go in achieving its policy objectives.