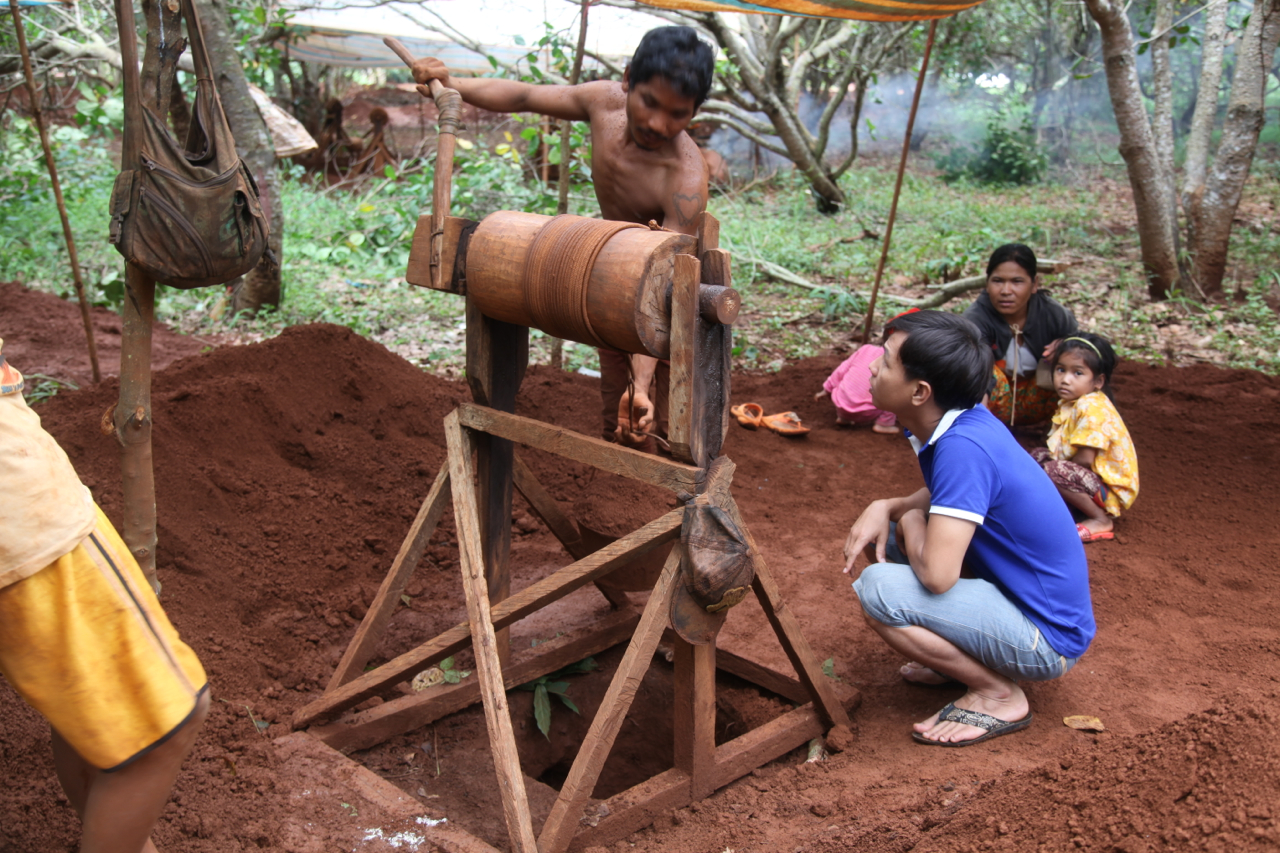 Zircon mining in a cashew plantation in Ratanak Kiri province. Photo by ODC, taken on September 2014. Licensed under:  CC BY-NC-ND 2.0

There is no large-scale industrial mining of gems in Cambodia, and few full-time miners. Most people involved in looking for gemstones fit it around other work – typically farm work – and mostly do it without licenses. As with artisanal mining, miners are often very poor. Transactions are usually informal. Many stones are sold to buyers from Thailand or Vietnam. There are no reliable statistics on the value or quantity of gemstones mined in Cambodia each year.

A large range of gemstones is found in Cambodia. The most valuable are rubies and sapphires, but peridot, aquamarine, amethyst, citrine, topaz, agate, garnet, zircon and other stones are also recovered here. There are no diamonds or emeralds found in Cambodia. There was heavy exploitation of Pailin rubies and sapphires in the 1970s, and few large stones are found today.1

A large number of gemstones for sale in markets throughout Cambodia are imported, mostly from Thailand, India, Myanmar and African countries.

The Law on Mineral Resource Management and Exploitation (‘the mining law’) confirms that all mineral resources are the property of the state.2 Under the Cambodian mining law there are six types of mining license, and one of those is a gemstone mining license. It is an offense to conduct commercial mining operations without a license, and this is punishable by a fine and/or time in prison.

Hun Bun Than, a director at the provincial office of the Ministry of Mines and Energy in Ratanakkiri, was reported as saying that said citizens with land ownership titles have the right to dig mines up to five metres deep on their own land. But if the holes are any deeper, then the necessary permits are required.3

Mining without permits is very common.4 A coordinator for the NGO Adhoc reported thousands of holes up to 10m deep in Bakeo district in Ratanak Kiri. Locals paid to dig and search for zircon stones reported that if they dug for a day they could earn 5,000–10,000 riel ($1.25–2.50), but if they found a good gem they could get more than 30,000 riel ($7.50).5This type of mining is dangerous and miners are killed when the holes they are digging collapse. Much of the mining is carried out by indigenous people on Bokeo, and an ethnic Tampoun man died while mining in July 2014.6