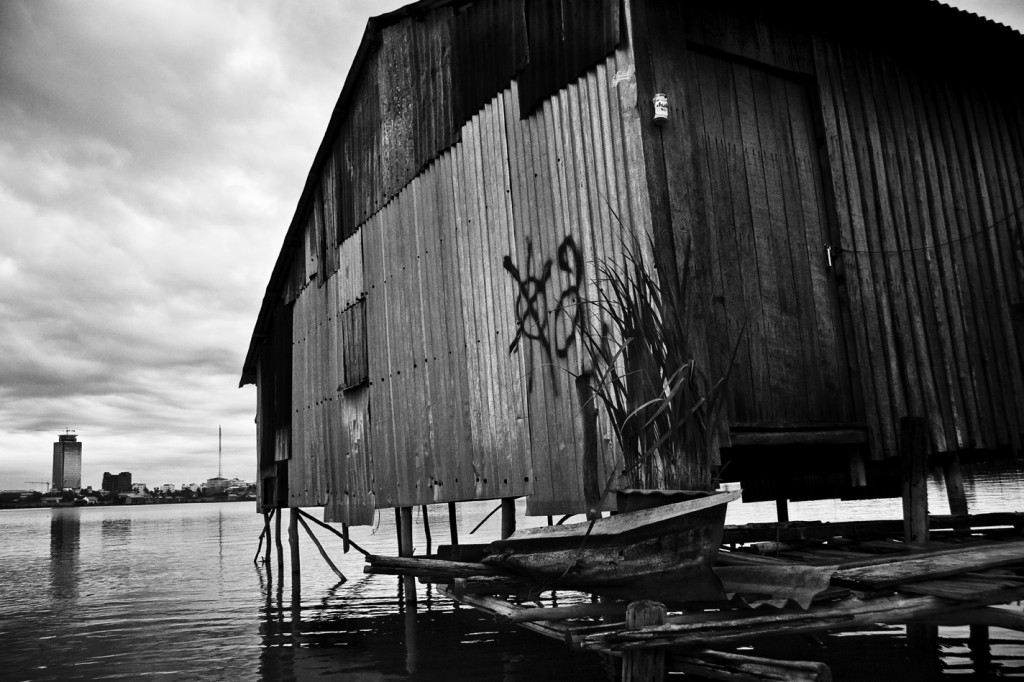 Under both the Cambodian Constitution and Land Law of 2001, the state has the responsibility to protect the right to private ownership. An individual may only be deprived of ownership if it is in the public interest, and only after the payment of fair and just compensation.1 The only indisputable proof of ownership is a land title certificate, yet many Cambodian landholders still do not have formal title and instead depend on ‘soft’ possessory rights. Without a formal title, landholders face the substantial risk of land conflict. NGOs working in the field say that over half a million Cambodians have lost their land through forced evictions over the last 20 years.2 The Government says the number of land disputes is falling. It says its working group on land dispute resolution received 637 complaints in 2015, 757 in 2016 and 511 in 2017.3 Researchers report that the poor, less educated, indigenous communities, and women are most likely to face land tenure insecurity.4

Rights in private property were established formally in the 1993 Constitution, but the framework governing those rights was not created until the passage of the 2001 Land Law. As a result, Cambodia has a dual land tenure system containing both ‘soft’ and ‘hard’ titles, with the objective of eventually registering all land with nationally recognized hard title. Soft title applies to land rights that are registered with or recognized by a local or district authority. Under the framework of the 2001 Land Law, soft title does not confer a right to legal ownership. Rather, soft title is recognition of the right to possess property.5

Occupiers of land who do not have hard title may have rights in the land as legal possessors. Legal possession is a right in rem, such that the possessor has similar rights to an owner.6 The possessor can exclude, transfer, build, improve structures, and use land as collateral. According to the 2001 Land Law, anyone who began occupying land before the law’s passage may have legal possessory rights provided the possession meets certain criteria. The landholder must prove that the possession is: unambiguous, non-violent, notorious to the public, continuous, and in good faith.7 However, any possession that began after the passage of the law in August 2001 is not legal.8 Subsequent purchasers retain the possessory rights of the original possessor if they can show a documented chain of possession commencing prior to the passage of the law.9 Legal possession rights exclude state public land.10 If the possession meets the above conditions, the landholder has a right to request hard title.

Holding hard title is the only means by which a landholder can obtain ownership rights over property. Land with hard title has been registered at the centralized national level through one of three registration mechanisms. Acquiring official recognition of ownership is important, as this can minimize the risk of land conflict and protect landholders from losing their property, and it can be used in court as evidence in a dispute. Land title documents also can provide access to capital as security for bank loans.

It has been reported by NGOs and researchers that land titling processes in Cambodia have created a risk of forced eviction for many, and urban populations or populations living in high-value areas are particularly at risk.11 For example, after land registration in 2009, 80 percent of parcels remained untitled in Tumnob Village, Phnom Penh.12 According to the United Nations, it has been estimated that 120,000 people in Phnom Penh were forcibly evicted between 1990 and 2012, though no official data exists.13 Current estimates are unknown. Additionally, researcher have reported that the formalized titling process has caused land tenure insecurity by undermining soft title possessory rights, which are often denied when property becomes highly valued.14 Concerns have also been raised, particularly following the cases of Boeung Kak Lake and Koh Pich Island, that people who may have legal claims to land were not given the opportunity to have their rights assessed before their land was taken.15 It should be noted that for various reasons people who do not have rights as land owners or possessors may be illegal settlers, even though they believe they have legal ownership or possession.16

In rural areas, researchers find that land that has not been registered in the national registration system is at risk of being granted to private companies in the form of land concessions.17 Despite the suspension of grants of economic land concessions in 2012, land disputes involving villages and ELC holders are still reported in the media.18 Additionally, only individuals and entities of Khmer nationality can own land.19 In in June 2015 a village of Vietnamese residents in Akreiy Ksatr commune, Kandal province left their homes before their eviction deadline to avoid violent conflict.20

In a statement dated 2 May 2019, the Ministry said that of the roughly 5.2 million land parcels registered nationwide, 4.6 million were registered in a systematic manner and around 600,000 in a sporadic manner.23

The Ministry has made noteworthy progress in developing the legal framework and distributing titles for 5.2 million plots of land, but the land registration program has faced considerable challenges. Both communities and civil society groups began to raise concerns in 2009 that residents of certain areas were unable to access land titles, despite being located within adjudication areas.24 The government’s position regarding many of these cases was that the landholders were illegal settlers; however, this was often disputed by concerned residents.

Concerns among civil society remain that certain areas are still being excluded from the land registration process, in particular those communities located in areas where land values are high or where land has been marked for development.25 Another issue that has been highlighted in a number of civil society and donor assessments is that most transactions of registered land are not being subsequently registered. This raises potential sustainability issues, as the land register could become increasingly inaccurate.26

In 2012, following the adoption of Order 01BB on Measures for Strengthening and Increasing the Effectiveness of the Management of Economic Land Concessions, Prime Minister Hun Sen announced that, in support of the order, he would launch a campaign to survey land and issue titles to people living on state land, including forestland, ELCs, and forest concessions.

Titling under Order 01 is distinct from the SLR process. It was established outside the formal registration framework and was privately funded by Prime Minister Hun Sen, utilizing youth volunteers to survey and register land until 2015.27 The National Strategic Development Plan: 2014–2018 reported in July 2014 that 380,000 parcels of land were registered and titles given.28 However, as of December 2014, the MLMUPC reported that more than 610,000 titles were delivered and 710,000 parcels of land surveyed and displayed under the Order 01 initiative.29 The program was highly active leading up to the 2013 elections, at which point it slowed significantly. Titling resumed in December 2013,30 and the program is encompassed in the Cambodian government’s land reform policy.31

Researchers raised critical questions and concerns arose about the approach and implementation of the campaign, often seen as politicized and militarized.32 Media also reported instances where some people were denied land surveys because their land was disputed,33 and registration of collective ownership rights for indigenous communities was suspended.34 Additionally, many instances were reported in which land was surveyed and titles promised, but the certificates were never delivered.35

In March 2019, the Minister of the Ministry of Land Management, Urban Planning, and Construction H.E. Chea Sophara told a conference that “The ministry has so far legalised a total of 5.1 million title deeds out of 7 million unofficial deeds, which is equal to about 73% of the whole title deeds in Cambodia.” He said that he wanted to legalise all the title deeds nationwide by 2021, with the aim to build more confidence for investors both domestically and internationally.36

Related to land tenure and titling