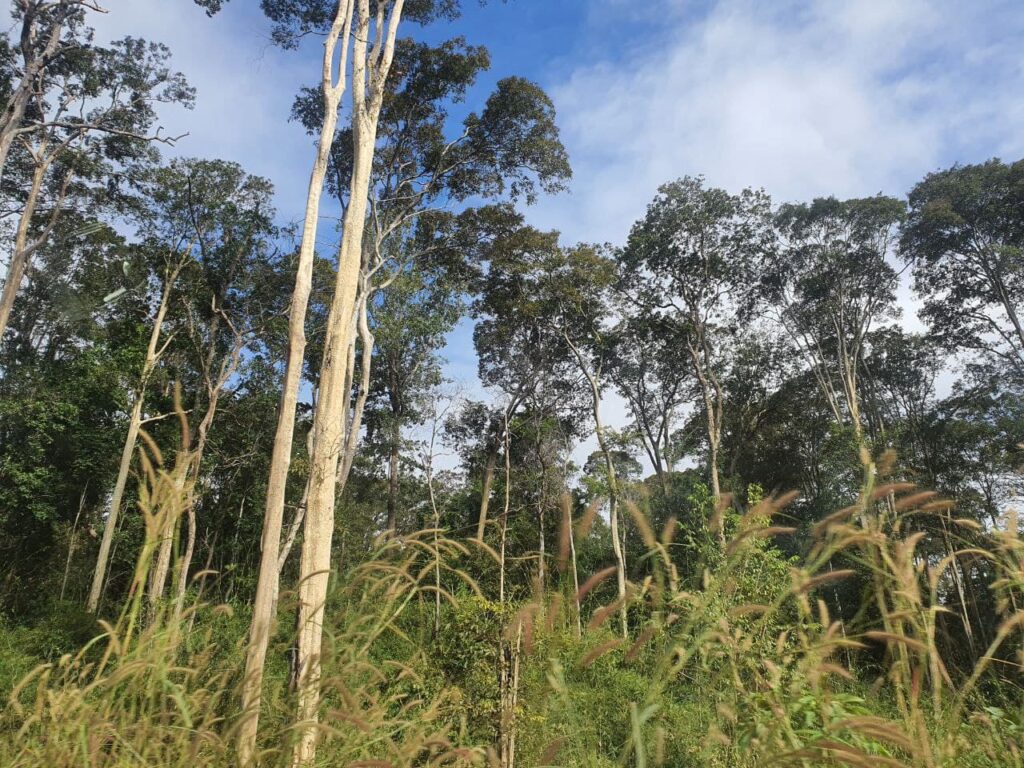 Cambodia is covered with forest, accounting for around 13.1 million hectares in 1973, and it is had fallen to 8.7 million hectares in 2014.1 However, based on the Ministry of Environment, the forest is covered 73% of the total land area in 1965, and it is decreased to 46.86% of the country’s total land area in 2018.2 Because large-scale agricultural expansion and illicit logging remain important challenges, the country is considering how to connect national development objectives with sustainable management of these forest resources.

The ecosystem services are listed as the following:4

The carbon credits are traded under the Reducing Emissions from Deforestation and Degradation (REDD+) framework, which allows forested developing nations to create cash by allowing firms to avoid government pollution limitations. Cambodia strongly supported the adoption of REDD+, a global policy initiative to reduce emissions from deforestation and forest degradation, at the United Nations Framework Convention on Climate Change (UNFCCC) Conference of the Parties (COP) in Bali in 2007, as well as the role of sustainable forest management, conservation, and enhancement of forest carbon stocks in developing countries. During 2008-2016, the Cambodia REDD+ Programme reached significant milestones and learned significant lessons. The RGC has identified REDD+ as one of the ways for Cambodia to contribute to tackling global climate change and meeting its UNFCCC commitments.5

Several legal and policy frameworks support the REDD+ implementation in Cambodia as the following:

The NRS will consolidate and complete its preparedness, establish the institutional structure, access suitable financing, and implement actions that will contribute to carbon reductions and make Cambodia eligible for result-based payments. The NRS is divided into two phases as the following:

In December 2021, the National Council for Sustainable Development (NCSD) and the Ministry of Environment released an official report titled “Cambodia’s Long-Term Strategy for Carbon Neutrality (LTS4CN).” Every five years, the LTS4CN will be evaluated. According to the LTS4CN simulation, Cambodia may reach carbon neutrality by 2050, with the Forestry and Other Land Use (FOLU) sector producing a total carbon sink of 50 megatons of CO2 equivalent (MtCO2e). The energy industry is predicted to be the largest emitter of CO2e in 2050, with 28 MtCO2e, followed by agriculture with 19 MtCO2e. The waste and Industrial Processes and Product Use (IPPU) industries are allowed to release 1.6 and 1.2 million tons of CO2e, respectively.9

By 2030, loss of forestry and other land use will account for 49% of Cambodia’s annual greenhouse gas emissions, followed by the energy sector 22% and agriculture 17.5%.10

Cambodia has a protected area of 7.3 million hectares or about 41% of the country.11 From 2016 to 2020, Cambodia earned $11.6 million from the sale of carbon credits in Keo Seima Wildlife Sanctuary in Mondulkiri Province and the REDD+ project at Southern Cardamom National Park in Koh Kong Province.12

The registered REDD+ projects are the Tumring REDD+ project, Reduced emission from deforestation and degradation in Keo Seima Wildlife Sanctuary, and the Southern Cardamon REDD+ project, while a project is in the pipeline, Cambodia National Animal. From 2013 to 2017, the verified emission reductions are 20,336,462 million tCO2e.13

Related to Carbon trading and other Payments for Ecological Services (PES)