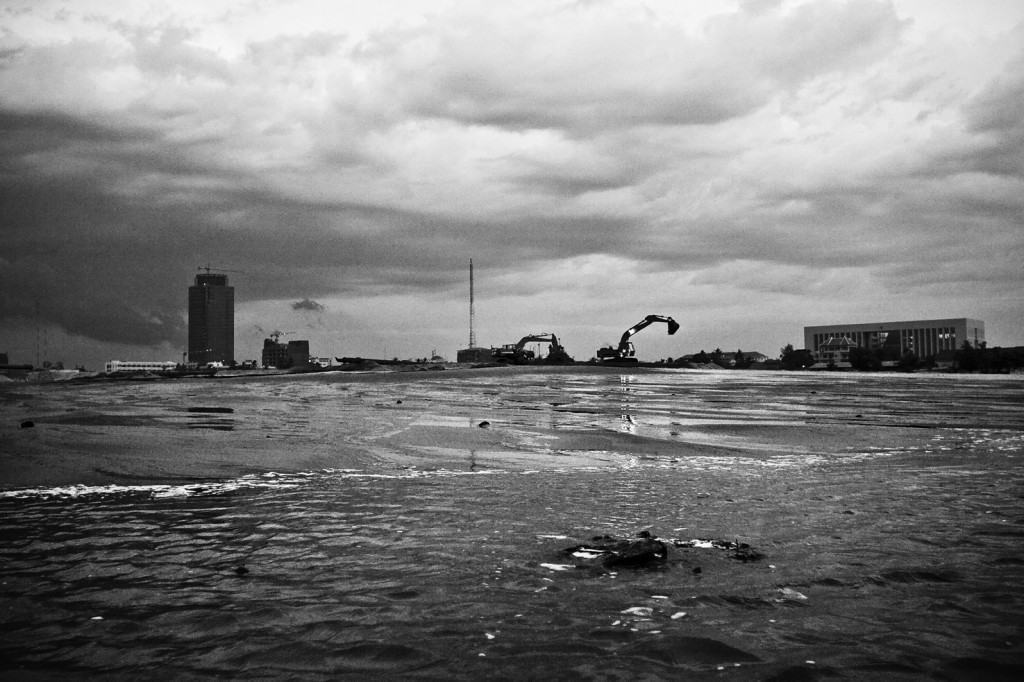 Development assistance for land tenure and titling began in 2002 with the multi-donor funded Land Management and Administration Project (LMAP). This project supported the establishment of a functioning land administration system including a centralized land register and systematic land registration program.  Following events surrounding a land dispute over Boeung Kak Lake in Phnom Penh, LMAP was suspended. After the termination of LMAP, the land-titling program continued under the Land Administration Sub-Sector Program (LASSP) of the Ministry of Land Management, Urban Planning and Construction (MLMUPC).

LMAP was a land tenure security program implemented by the MLMUPC and financed by the World Bank. Germany, Finland and Canada provided technical support and some financial support to the program.

The project implemented a systematic land registration process by which whole districts or communes were identified for adjudication, and registration teams surveyed and demarcated land parcels, assessed ownership documents, and adjudicated ownership for the issuance of land titles. Considered to be a success in titling rural areas, concerns over the project arose following controversy surrounding forced evictions in urban areas, in particular Phnom Penh’s Boeng Kak Lake.1

Initially marked for registration and title adjudication, Boeng Kak Lake and the surrounding area were never assessed and instead were leased to a private company by the government.2 The area was home to 4,250 families, and residents were pressured to vacate their homes in exchange for compensation or replacement land in a resettlement area removed from the city.3 In 2009 residents filed a complaint with the World Bank Inspection Panel, which ended the LMAP project due to breaches of the World Bank’s safeguard policies.4

Land registration continued under the Land Administration Sub-sector Program with support from Germany and Finland. Canada ceased funding the project in mid-2013,5 and Finland concluded its involvement in program until the end of 2013.6 Germany’s support under the Land Rights Program currently is set to end in 2016.7

Following the events at Boeng Kak Lake, the German Ministry for Economic Cooperation and Development (BMZ) had announced that continued funding would be contingent upon Cambodia’s completion of milestones related to human rights in the land sector.8 However, these milestones were not fully accomplished and support continued. As a result of its involvement in land titling in Cambodia and associated allegations, BMZ has faced pressure and concern from German parliamentarians, NGOs in Germany, Cambodia and abroad, as well as from the United Nations Committee on Economic, Social and Cultural Rights.9

Related to development and assistance for land tenure and land titling