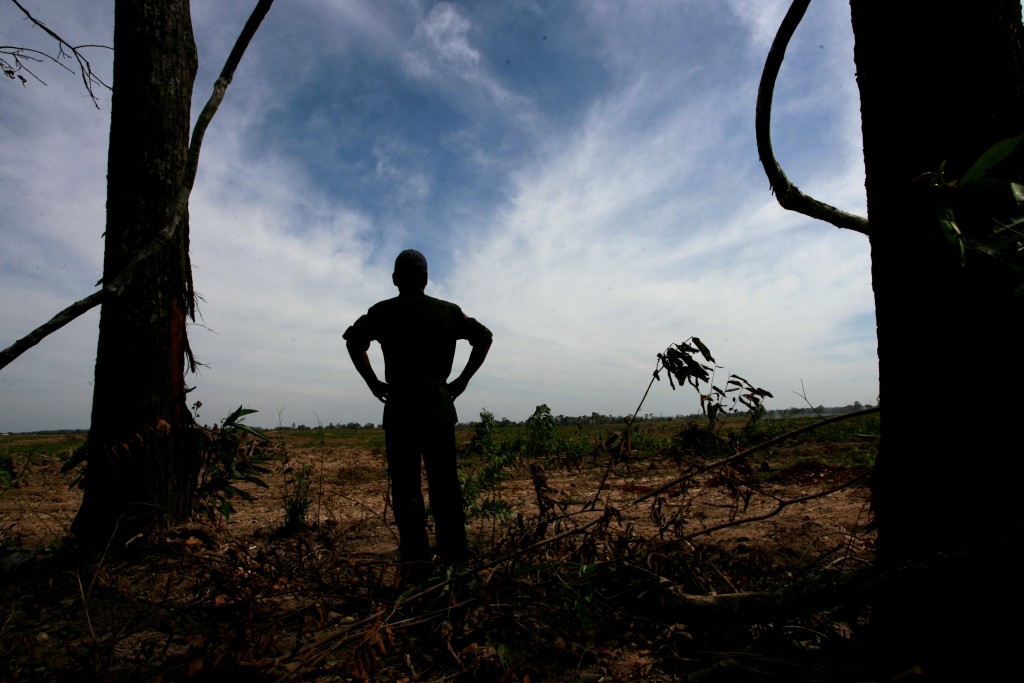 Under the 2001 Land Law, there are two types of communal or collective property: monastery property and indigenous community property. Monastery property constitutes the land and structures within Buddhist monasteries belonging to the Buddhist religion.3 It cannot be sold, exchanged or donated, nor can it be legally possessed by another. However, the land may be rented or sharecropped provided the income is used strictly for religious purposes.4

Indigenous community property is land used by an indigenous community and for which they can apply for communal titles. (Communal land is typically made up of a number of separate areas that each receive a separate title). Land held in communal title cannot be sold or mortgaged. It is a useful approach to protect an indigenous people’s spirit forest, graveyards and important ancestral lands for future generations.

The Land Law defines an indigenous community as one whose members manifest ethnic, social, cultural and economic unity; practice a traditional lifestyle; and cultivate lands under customary rules of collective use.5 Cambodia has 24 indigenous peoples, who together have an estimated 450–500 communities.6 It is generally accepted that they represent 1–2 percent of the Cambodian population, but their numbers have never been clearly measured in a national census.7

While the Land Law of 2001 introduced communal title, the process of granting title wasn’t clear. Clarity came in 2009 with the Sub-decree No. 83 Procedure of Registration of Land of Indigenous Communities9 and the Circular of the Ministry of Rural Development on the Procedures and Methods of Implementing National Policy on the Development and Identification of an Indigenous Community.

Sub-decree No.83 provides the framework by which indigenous communities can acquire collective title. There are 3 stages:

The process requires that the community have bylaws and internal regulations governing land use and management.11

The Sub-decree sets out what land can be registered as communal:

If communal land is in public state land, a sub-decree is required to change that portion of land to private state land, to allow title to be granted.

Only relatively small areas of forest can be included in communal land titles – up to 14 ha per village.

The first collective titles were awarded in 2011.18 NGOs have expressed concern that the slow progress can be attributed to the complexity of the process and the asymmetrical power of investors and indigenous communities; the latter often live in natural resource-rich areas.19 Further, during the lengthy application process, indigenous communities receive no protection from the risk of an ELC being granted on their land until they have completed the first two steps.20 It is reported by researchers that communities that overlap or exist near concessions face greater difficulty obtaining title.21

There have been concerns that the government’s national titling drive – Order 01 – undermined the process of issuing collective titles. The program prioritized registration of individual over communal property rights. Officials claimed that community titling was a complex, time-consuming process that would divert resources away from titling efforts across the country. Therefore, the surveying and registration of collective indigenous community property was postponed. Nevertheless, many households in indigenous areas were offered private rather than communal ownership titles.22

At present, once community members obtain individual title they are unable to obtain collective title over communal land, though the Government plans to create a process for converting individual titles to collective titles. Offering private titles to indigenous communities has become a contentious issue. NGOs report that the practice can cause social division because when members register communal land as private property, they first must formally leave their communities.23 After leaving, they are no longer eligible to collectively own indigenous land.

There have been reports of survey teams pressuring families to leave their communities and accept individual titles.24 Researchers from Heinrich Boll Cambodia asserted that the practice of misleading and pressuring villagers to accept private titles and thereby forgo claims on communal land was widespread under the Order 01 program.25 They claim the government used the titling program to divide communities in the resource-rich regions where indigenous peoples reside.

In addition, it has been reported that under Order 01 indigenous households’ uncultivated land and forest land is often not surveyed by cadastral teams.26 Because of this, individuals who accept private titles may lose access to communal spiritual forest land, burial grounds or uncultivated land important to traditional agricultural practices. Worse, there have been reports of companies appropriating unregistered land important to indigenous communities after surveys have ended in contested areas.27

A more recent study of Order 01 did not find evidence of widespread coercion of communities to accept titles.28 The report found that in some cases indigenous households accepted private titles for pragmatic reasons, including to protect their property from an immediate threat or to secure credit. The study also noted instances when community members were encouraged to accept individual titles and others where indigenous households did not receive title for all their parcels of land, which subsequently became more vulnerable to appropriation by outsiders.29

The government has acknowledged the criticism of titling in indigenous areas. While denying claims of pressure by survey teams to induce community members to accept private titles,30 officials have made policy commitments to improve indicators related to titling indigenous communal land.31