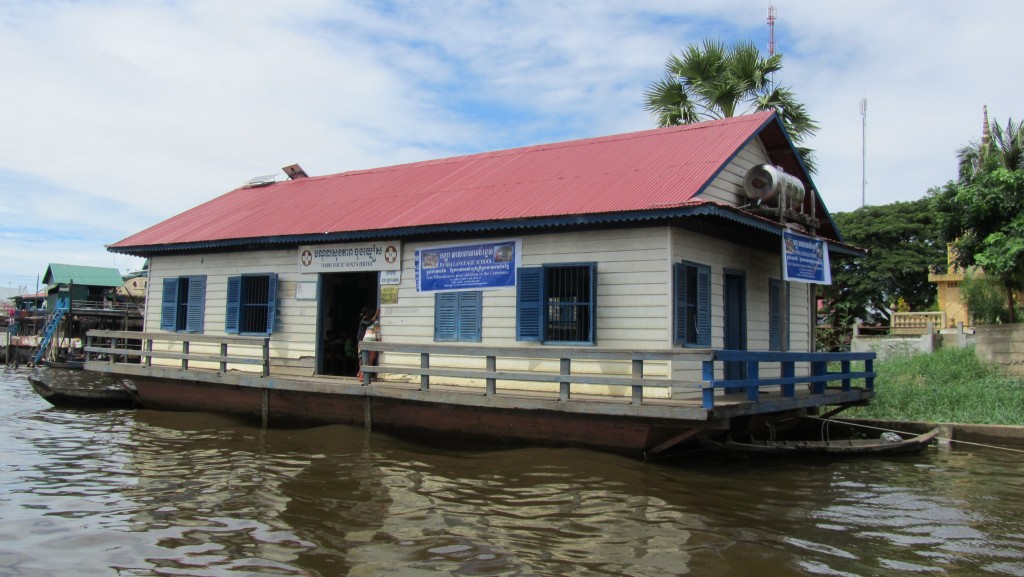 Currently, the kingdom consists of a capital city, 24 provinces, 159 districts, 26 municipalities and 12 khans, 1406 communes and 227 sangkats.3 The most recently established province is Tboung Khmum, an area separated from Kampong Cham province. Villages are not part of the country’s territorial administration. Currently, the total number of villages recorded by the Ministry of Interior stands at 14,168.4

Communes/sangkats have a legal personality independent from other national and provincial and local governments.6 This lowest territorial level has its own financial resources and administration. Its sources of revenues may come from taxes, service charges, allocation of the national revenues and a transfer of fees for performing agency functions assigned by the executive, ministries and other national bodies.7

Each commune/sangkat has a commune/sangkat council, a representative body of Cambodian citizens in a particular locality, to serve their general interests.8 The council consists of a president, who is also commune/sangkat chief, a few deputies and members. The number of the council members in each commune or sangkat is variable depending on population density. Through a proportional electoral system and a candidate list, all members of the council are directly elected by Khmer citizens in their own locality (See Elections). The date for the next commune elections has been set at 4 June 2017.

Capital city, provinces, municipalities, districts and khan are administered by councils and boards of governors at each territorial level. The councils are the legislative body while the boards of governors are the executive body. The number of the council’s members depends on population density.10 Through a proportional electoral system and a candidate list, all members of the councils are indirectly elected by the commune/sangkat council’s members. The council decides on and approves investment programs, development plans, annual budget plans and public security matters by decisions or deika.11

The council’s work is assisted by special technical committees, a Women and Children’s Affairs Committee and Procurement Committee. Depending on local needs, various special committees may be established for each sector such as education, economy and planning. The Procurement Committee is responsible for ensuring that all bidding processes and methods comply with laws and regulations covering public procurement (See Procurement). All committees are required to regularly report their activities to the councils and boards of governors.12

Boards of governors consist of a chairperson, or the governor, and certain deputy governors. Their nomination relies on requests made by Ministry of Interior.13 The boards are responsible for implementing policies, action plans, decisions and deika decided and approved by the councils, and also reporting to the councils on progress.14 As representatives of the executive, governors supervise, coordinate and direct all line departments and units of the government ministries and institutions that operate within the jurisdiction of that capital or provincial administration (see Ministries and national bodies).15

With a recent amendment to the Law on the Organization and Functioning of the Council of Ministers, all levels of local administration will have more authority in directing and managing civil servants from government ministries and other national bodies who are working in their jurisdiction. However, such authority remains pending since it needs a delegation of power from the government by sub-decrees.