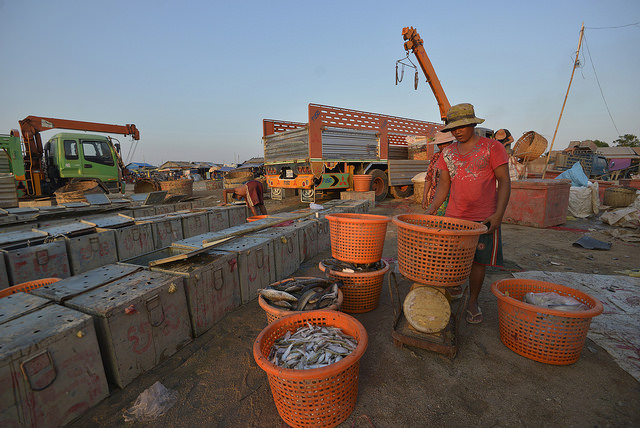 Cambodia has abundant and productive fisheries. Fish is a traditional staple in the Cambodian diet and vital to nutrition and food security. The country’s inland fisheries form part of the Mekong River system, the biggest inland fishery in the world yielding around 2.1 million tonnes of fish each year.1 Cambodian fishery resources are unparalleled on a global scale, too. The country holds two world records: the highest catch of inland fisheries per capita and the highest consumption of freshwater fish per capita.2 According to a 2015 WorldFish report, Cambodians are among the highest consumers of freshwater fish in the world, with annual per capita fish consumption estimated at 52.4 kg.3

Fishing industry on the Tonle Sap Lake employs about 2 million people in capture, culture, processing, trade and transport.4 The Cambodian Fisheries Administration estimated that the total fish catch landed from the Lake in 2012 was about 500,000 tonnes.5

Speaking at the National Fish Day in July 2015, the Minister of Agriculture, Forestry and Fisheries Ouk Rabun highlighted the remarkable growth of aquaculture production, with 65,000 households involved in fish farming, up from 61,000 in 2013. The minister also noted the importance of freshwater fish production for family consumption as well as for local and export markets.7