The number of mothers who died in labour has nearly halved over four years, from 182 fatalities in 2011 to 100 in 2015.1​ Deaths among children have also dropped, although they remain comparatively high, and the prevalence of underweight newborns is high compared to many countries. 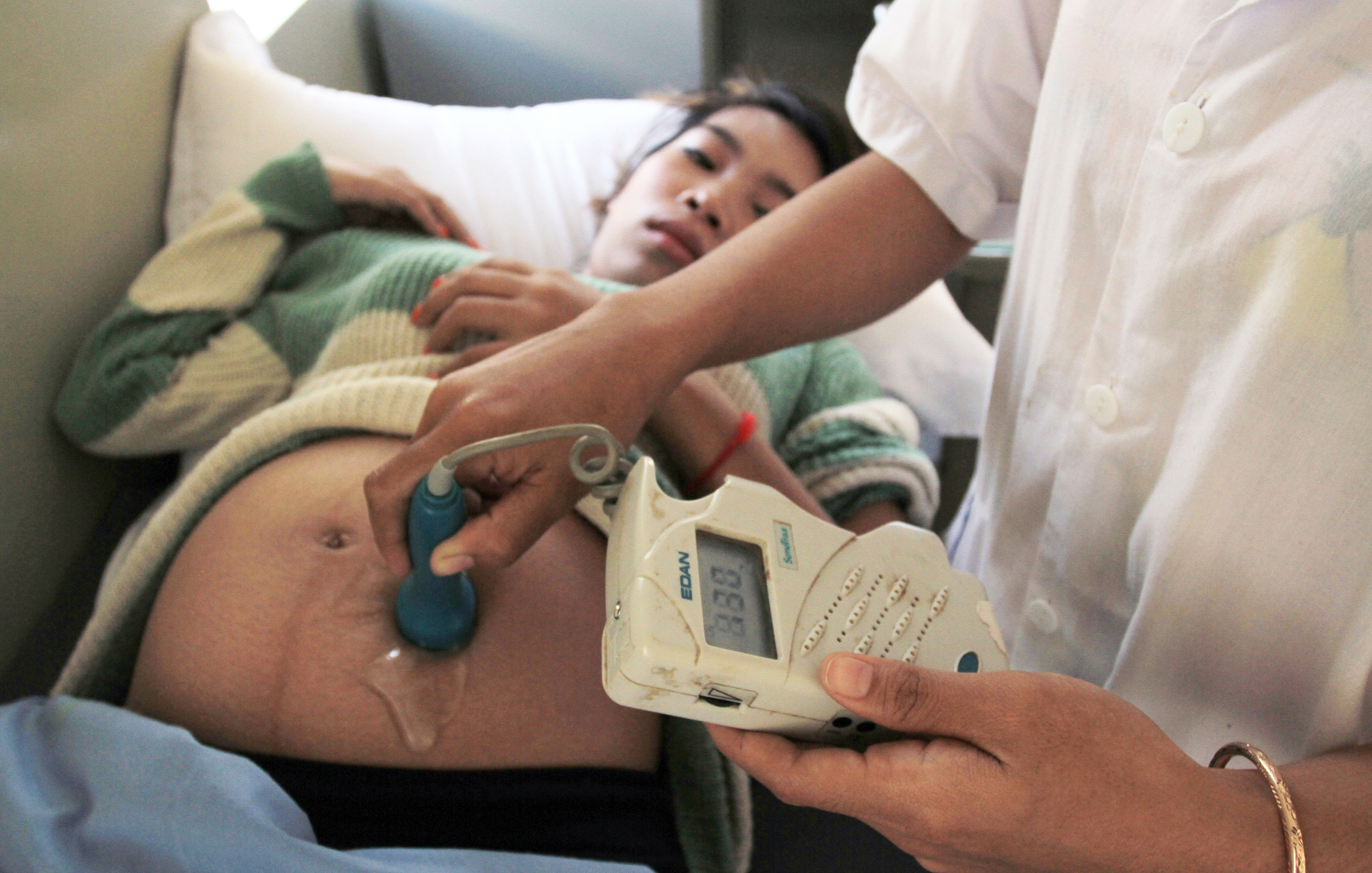 Cambodia’s maternal mortality rate (MMR) is lower than that estimated for Myanmar and Laos, but many times higher than the figures for Thailand and Vietnam. Intensive work has seen an enormous improvement in the last 15 years.

The big change reflects significant improvements in the national health services available to mothers, and this is continuing. In the preliminary results of the 2014 Cambodia Demographic and Health Survey (CDHS) released in early 2015:

Improving maternal health was a Millenium Development Goal (MDG 5). The two targets for assessing MDG 5 are reducing the MMR by three quarters between 1990 and 2015 (a goal Cambodia has already reached), and achieving universal access to reproductive health by 2015.

Pregnant women in Cambodia frequently suffer from nutritional deficiencies. Several researchers have found that at least half have anemia (lack of iron), for example.5 As well as impacting on their own health, this obviously impacts too on the health of the child, with a correlation between maternal illness and premature, underweight babies.6

Cambodia had the highest prevalence of underweight newborns among nearly 30 countries studied in a 2014 medical report by Japan’s National Center for Child Health and Development.7 Around 19% of Cambodia’s recorded hospital births were infants small for their gestational age (the number of weeks they were carried). The premature, underweight births were found to correlate with maternal illnesses. Around 31% of the preterm and too-small babies delivered in Cambodian hospitals were born to mothers ill with pre-eclampsia (a high blood pressure condition), for example, or the more serious eclampsia. 8

The Cambodian government’s National Strategic Development Plan 2014–2018 says that in 2013:

However, only 34% was reported using any modern form of contraception.

Another Millenium Development Goal (MDG4) was to reduce child mortality (and specifically to reduce under-5 mortality by two-thirds by 2015).9 Significant improvements have been made.

The infant mortality rate (children dying before 1 year of age) changed little in the 1990s,10 but between 2000 and 2010 declined from 95 to 45 deaths per 1,000 live births.11 Progress has been attributed to successful immunization programmes and breastfeeding promotion, and factors such as poverty reduction, improved education and better roads.

Around 17% of deaths of children under 5 are due to pneumonia, while meningitis is accountable for another 1.4%, according to 2013 WHO data.12 Since January 2015, children under one have been able to receive a pneumococcal conjugate vaccine (PCV) that targets these illnesses free of charge in public health facilities and other immunisation services.

In March 2015, Cambodia was verified as having eliminated measles by the Measles Regional Verification Commission.13

Note: There is a considerable range of estimates for certain health statistics and it is not uncommon to find a difference greater than 10% between figures from different global agencies or between agency data and government data.