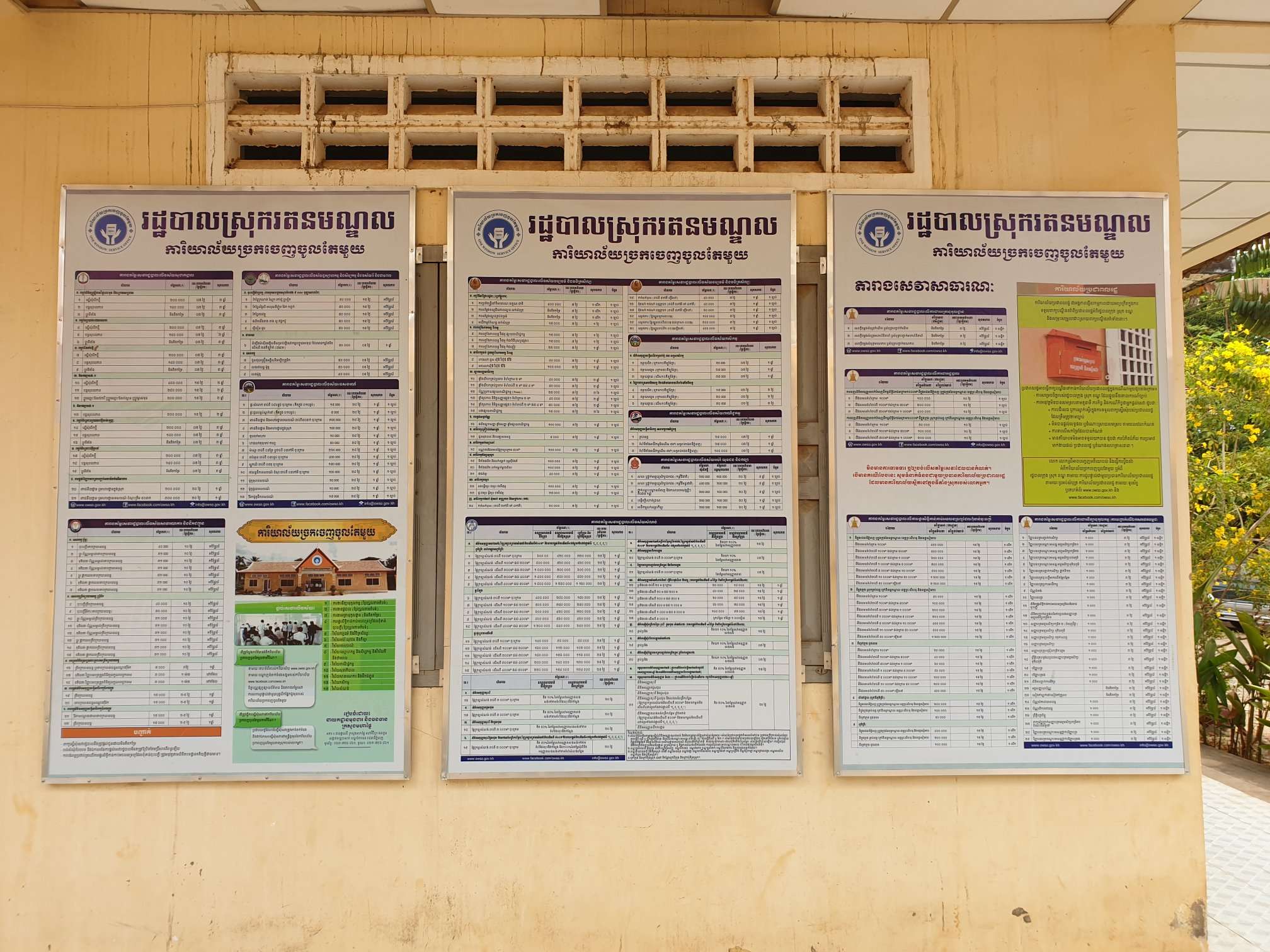 Government services might be perceived as tools in pursuing the country’s development, and assuring “equitable distribution of the fruits of growth” to the public. In the last decades, the education and infrastructure sectors have become the government’s priorities for the country’s public investment. For example, as of 2015, the Ministry of Education, Youth and Sport reported about 7,000 primary schools, 5,750 secondary schools, and slightly over 100 tertiary schools in the country.1

Between 2008 and 2012, the country’s spending on public infrastructure such as roads, bridges, ports, irrigation systems and electricity amounted to about US$ 2.5 billion.2

By comparison, the health sector still needs a lot of improvement. The sector has gone through many reforms since the 1980s.3 Better access to health services, service delivery quality and regulation demand further efforts and resources from the government and other stakeholders. According to Cambodia’s Demographic and Health Survey (CDHS 2010), only around 1 in 4 people used public health services while the remaining turned to private health services.4 In addition, in a study conducted by GIZ in 2010, inadequate quality of the health services, insufficient facilities, and attitudes of medical workers were among the identified gaps of the sector.5

The Royal Government of Cambodia has long perceived an effective and efficient delivery of the public services as one of the core objectives of the “Rectangular Strategy” Phase I, Phase II and Phase III.  In achieving this objective, continuing reforms in public administration are necessary. While decentralization and deconcentration may bring the public services closer to the people and may reduce costs of doing business, e-Government may speed up the documentation processes, and assure its transparency.

For example, One Window Service, a mechanism for effective and timely delivery of public services, is accessible to citizens, businessmen, and small entrepreneurs.6 It is a mechanism whereby, through a delegation of power and authority from the governmental ministries, provincial and local governments may fulfill administrative services on their behalf in order to response to their regular needs.7 In addition, mostly all of the paper work that normally goes through various administrative process of different ministries, or provincial departments of each concerned ministry, can be done in one place, the office of the Srok/Khan administration.

Most importantly, a promotion of decent living for government workers is also a part of the government’s administration reforms aiming to enhance the quality of the public services. By 2018, for examples, minimum monthly salaries of Cambodia’s armed forces and civil servants will be increased up to over 1 million riel, or US$ 250, in accordance with the government’s agenda.10