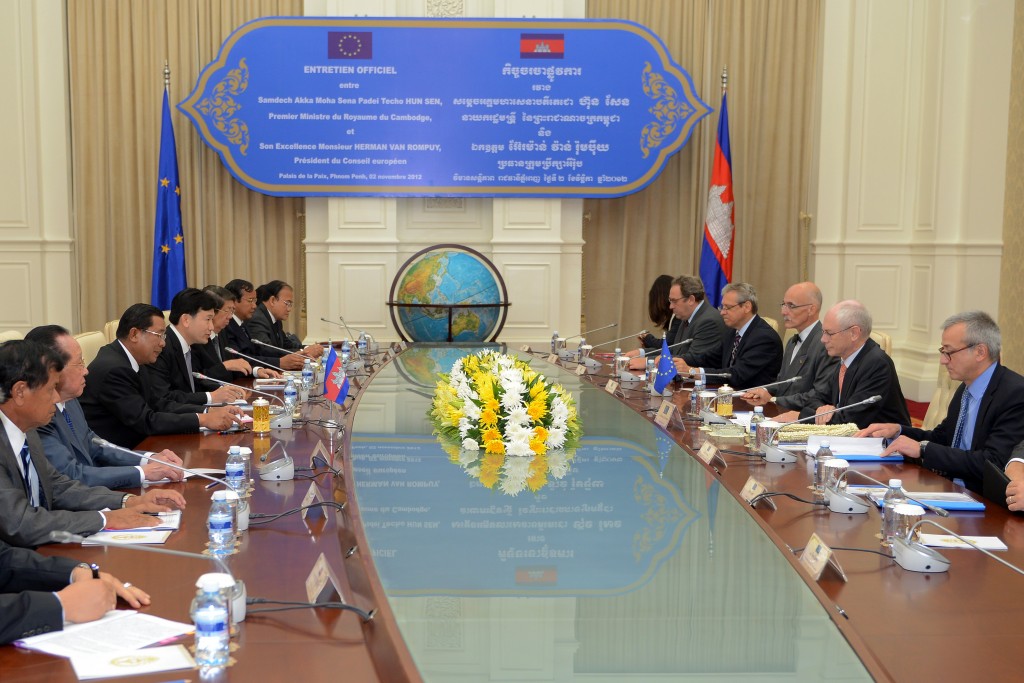 In each legislature of parliament, the Royal Government of Cambodia, the executive, is established for a mandate of 5 years through universal and direct elections for the National Assembly. Upon the proposal of the president of the National Assembly and with the agreement of the two vice presidents, the king, as the head of state, nominates a high ranking personality from members from winning political parties to establish a cabinet. After the 2013 national election, the government of the fifth mandate was established.1

The cabinet, ministries and other national bodies may change in composition and number. Royal decrees may make changes to the components of the Council of Ministers as well as leadership within ministries and other national entities. It is not necessary that all of them submit themselves to a vote of confidence by the National Assembly, but where this is done it is only early in their mandates.

Nearly all of the ministries were established in 1995. A few ministries were only recently created in the post-2013 national election by a separation of a ministry into two ministries2, or an upgrade of a secretariat into a ministry.3 There are currently 28 government ministries and secretariats, and many national bodies as listed below.

Some national bodies are provided for in the Constitution and others are stipulated in laws. While they are all created by either laws or royal decrees, their organization and functioning is defined by sub-decrees (to see more about the types, hierarchies and legislative process of any legal texts, go directly to law and judiciary).

A reform involving most of the national bodies happened immediately after the 2013 national election. They are no longer under oversight of the Office of the Council of Ministers but each government ministry.4 The reform aimed to reorganize and classify national bodies in charge of each sector into relevant ministries.

Below are the lists of government ministries and national bodies. Each link will provide insights into the jurisdiction and responsibilities of each ministry or national body. A lot of online resources can be found at each ministerial portal page.

Related to ministries and national bodies