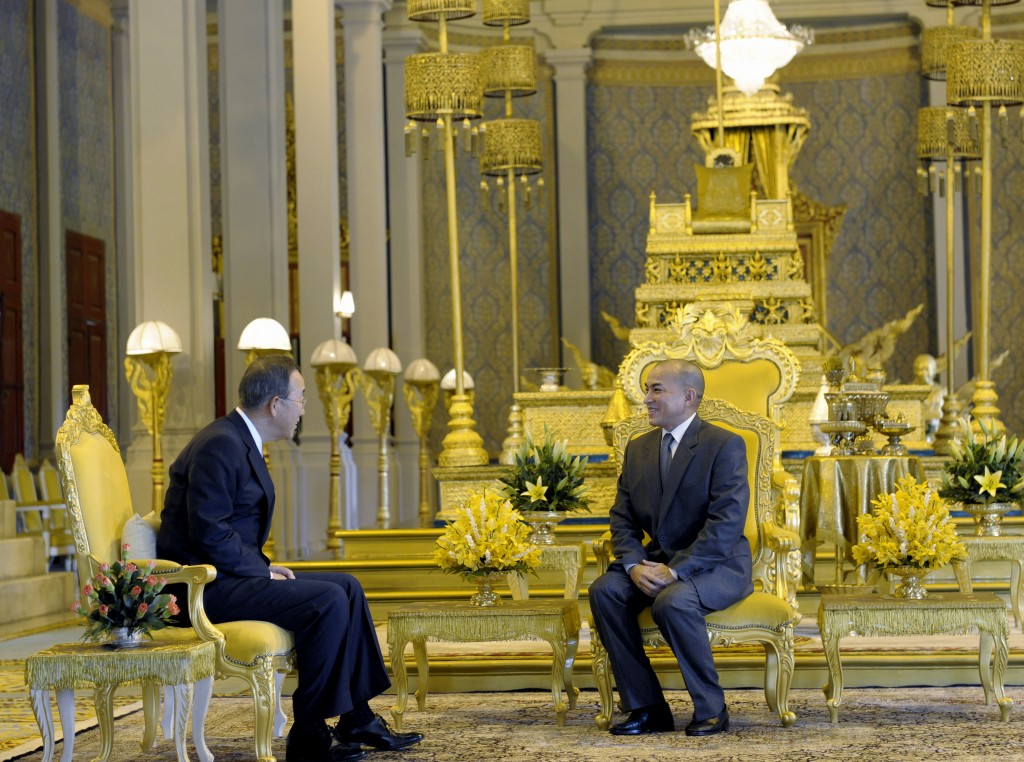 In 2004, King Norodom Sihanouk stepped down from the Cambodian throne due to health concerns. Discussions around the search for the King’s successor were on the front pages of both the local and international media. On 14 October 2004, King Sihanouk’s son with Her Majesty Queen Norodom Monineath, Norodom Sihamoni, was unanimously elected by the Crown Council to be the new King of the Kingdom of Cambodia.1

The Kingdom of Cambodia is a constitutional monarchy. The King is the head of state for his lifetime but does not govern.2 Government is exercised by representatives of Khmer citizens in the two houses of parliament, the Royal Government of Cambodia (executive), and the judiciary.3

The country’s monarchy is an elective monarchy. This means that the King cannot appoint his heirs to the throne, but the head of state is elected by the Crown Council.4 The membership of the Crown Council is composed of the presidents and deputy presidents of parliament, the prime minister and the supreme patriarchs of the two religious orders, Mahanikaya and Dhammayutikanikaya of Buddhism.5

To be eligible for the role of King a candidate must meet certain conditions. They must be from the bloodlines of King Ang Duong or King Norodom or King Sisowath, and be at least 30 years old.6 There is no recent account of the three Kings’ bloodlines – there is just one compiled by Minister of the Royal Palace Samdach Chaufea Thiounn in 1923.7 The detailed procedure for the election of the King follows the Constitution and Law on Organization and Functioning of the Crown Council.8

A candidate for the role of King must be proposed by at least 3 members of the 9-member Council.9 A decision of the Council for a particular candidate is made in a secret vote based on the absolute majority of all the members, or by at least 5 members of the Council.10 Such a decision must be made within 7 days of the previous king’s death, retirement or abdication from the throne.11 The Council’s decision on an election of the new King is made public by the Minister of the Royal Palace.

Related to head of state