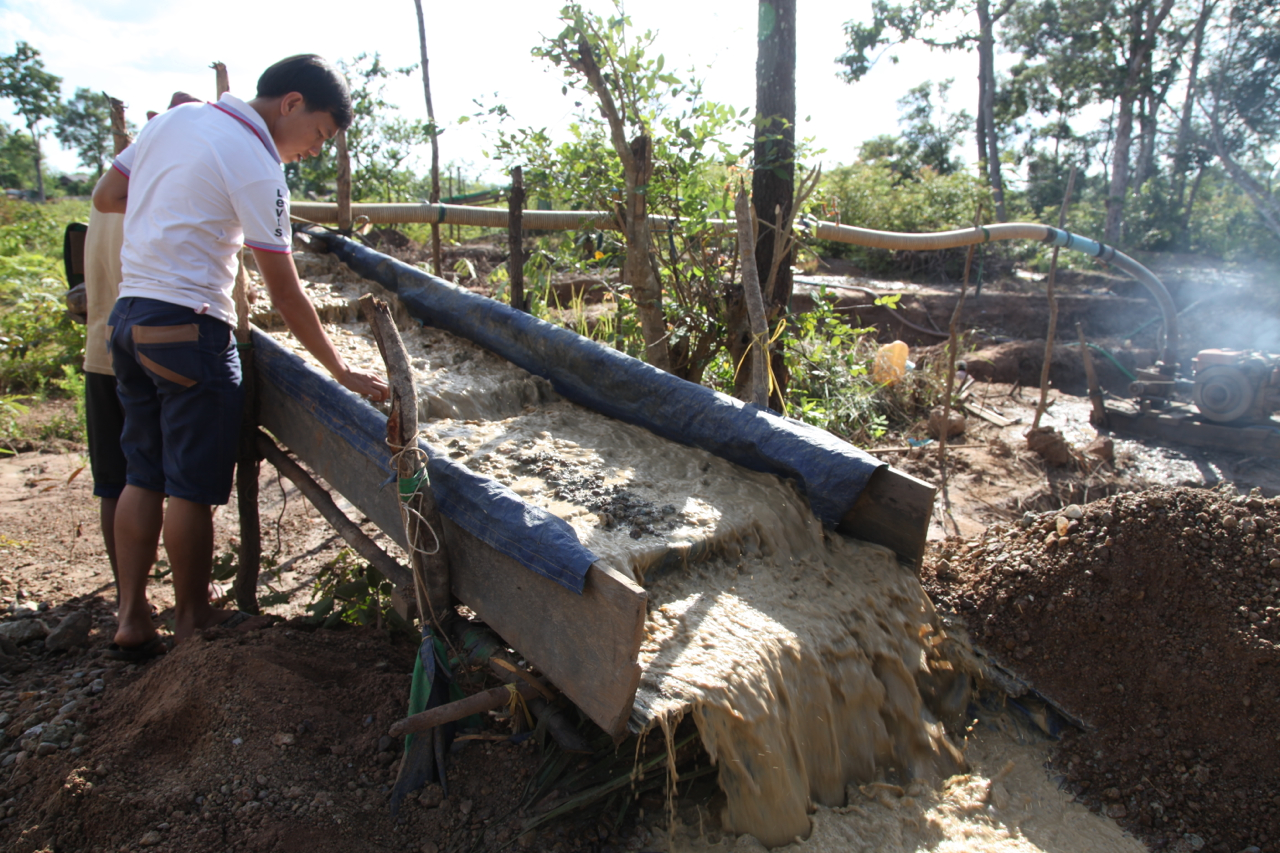 Artisanal mining is small-scale mining that typically involves individuals, family groups or small communities, often working with limited technology. The mining may be seasonal, fitted around other work such as farming. There is a large overlap between this type of activity and gemstone mining.

Artisanal miners usually target reasonably accessible minerals, often gold. Deposits are worked in old riverbeds, or occasionally down mineshafts.Estimates of the numbers of people involved run from 5–6,000 to tens of thousands.1

Most miners are extremely poor. One study of artisanal mining in developing countries found that the work is pivotal “…in alleviating poverty, increasing community capital and diversifying the local economy in many rural regions of the developing world, primarily because it is viable in areas with minimal infrastructure where other industries could not function.2”

There are numerous health risks which include exposure to dust, mercury and other chemicals, noise and vibration, poor ventilation, overwork and poor equipment. Some miners die when mineshafts collapse. There is also environmental damage.

Under the Constitution, all natural resources are the property of the state. The Law on Mineral Resource Management and Exploitation (‘the mining law’) confirms this.3 Mining conducted without a license is illegal.

There have been government attempts to develop licensed mining communities. Cambodia’s first formal artisanal mining community was established in Mondulkiri province in April 2015.6 As well as bringing such communities inside the law it allows training and aims to help raise living standards.