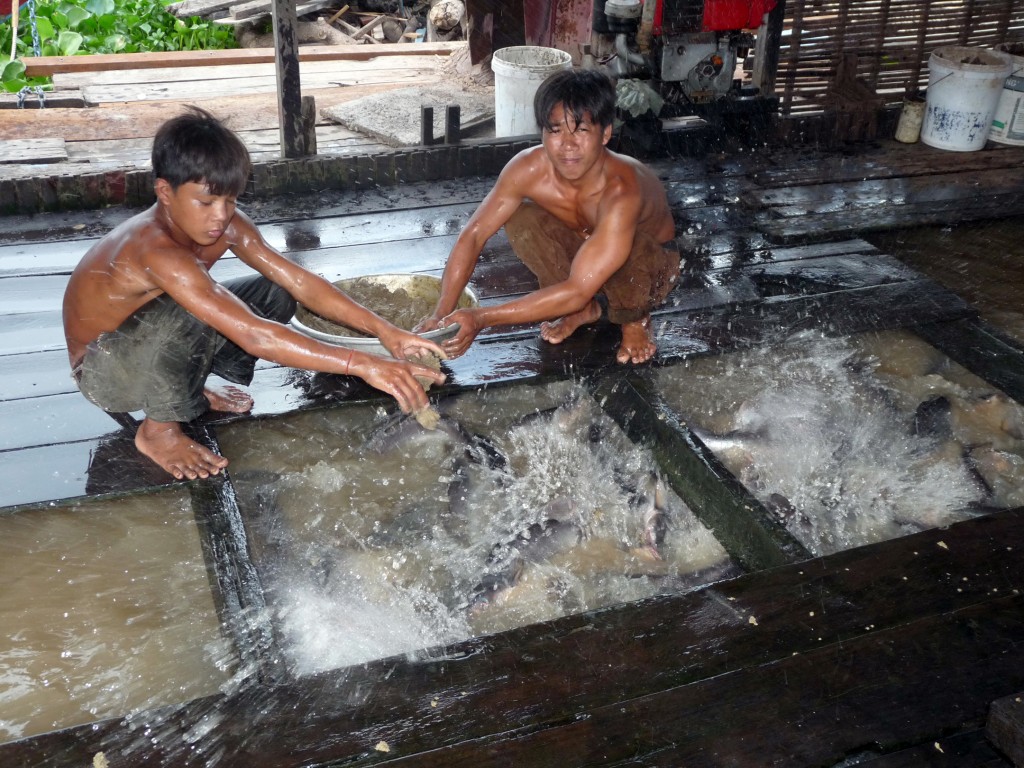 Aquaculture production has grown significantly. In 2012 it stood at 74,000 tonnes, or almost 11 percent of total fishery production. By 2016 it had grown to 172,500 tonnes, almost 22 percent of total production.1 Freshwater aquaculture systems include cages and pens, intensive ponds, extensive homeland ponds, community fish refuge (CFR) ponds and integrated rice-fish farms. A CFR is a form of stock enhancement or a fish conservation measure that is intended to improve the productivity of rice field fisheries by creating dry season refuges for brood fish in seasonally inundated rice fields.2

Cambodia still cannot export crocodile skins to international markets because its farms have not yet been able to fulfill industry standards. Currently, 16 farms have applied for a CITES (Convention on International Trade in Endangered Species of Wild Fauna and Flora) license, while only six have so far obtained approval to export skins.4

In 2014, a Japanese ‘third water’ technique was introduced in Cambodia whereby artificial river and sea water is created through blending fresh water with a mix of minerals, including salts of sodium, potassium and calcium. The project, in the mountainous province of Takeo, is led by the Japan International Cooperation Agency (JICA). Roughly 30,000 giant river prawns, which sell for eight times the price of fish in Cambodia, are to be reared at each of three farms.6

Related to fish farming and aquaculture