Protected Forests are generally established under individual sub-decrees, specifically for the purpose of protecting biodiversity and conservation. They are home to many endangered or threatened species. The Mondul Kiri Protected Forest, for example, is home to three wild cattle species, cats such as tigers and leopards, sun bears and various primates and birds.1 There are elephants, bears, and seven species of cat in the Seima Protected Forest.2 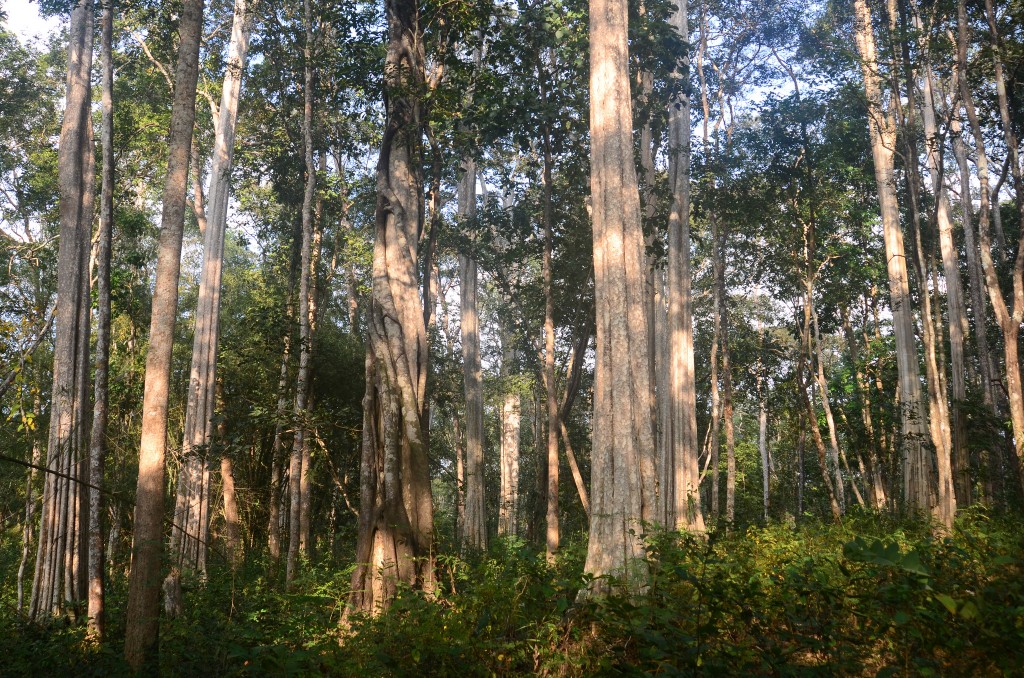 In addition to their conservation and biodiversity values, protected forests also directly support a number of human communities: rivers in the Central Cardamoms Protected Forest are the key source of water for over 30,000 people, for example.3

Previously, these forests were managed by the Forest Administration, part of the Ministry of Agriculture, Forestry and Fisheries (MAFF). However, under sub-decree No. 69 on the Transfer of the Protected Forest, Forest Conservation and Production Forest Areas, and Economic Land Concessions between MAFF, and MoE (Ministry of Environment), dated 28 April 2016, the protected forests are now under the management of the MoE.4

The government also receives technical assistance in its management from bodies such as WWF (Mondul Kiri) the Wildlife Alliance and Conservation International (the Cardamoms) and Wildlife Conservation Society (Seima).

List of Protected Forests added to Natural Protected Areas in 2016.

Deforestation sometimes occurs in protected forests, although at a much lower rate than surrounding forests. Conservation International estimates a deforestation rate of 2% for the Central Cardamom Mountains Protected Forest over a six-year period.5

According to Sub-decree No.69, both the MoE and MAFF are responsible for cracking down on any illegal logging. While MAFF manages economic land concessions, MoE manages protected forests, forest conservation and production forest areas in addition to the natural protected areas. The transfer of responsibilities should be followed by the allocation of resources to match the new responsibilities.