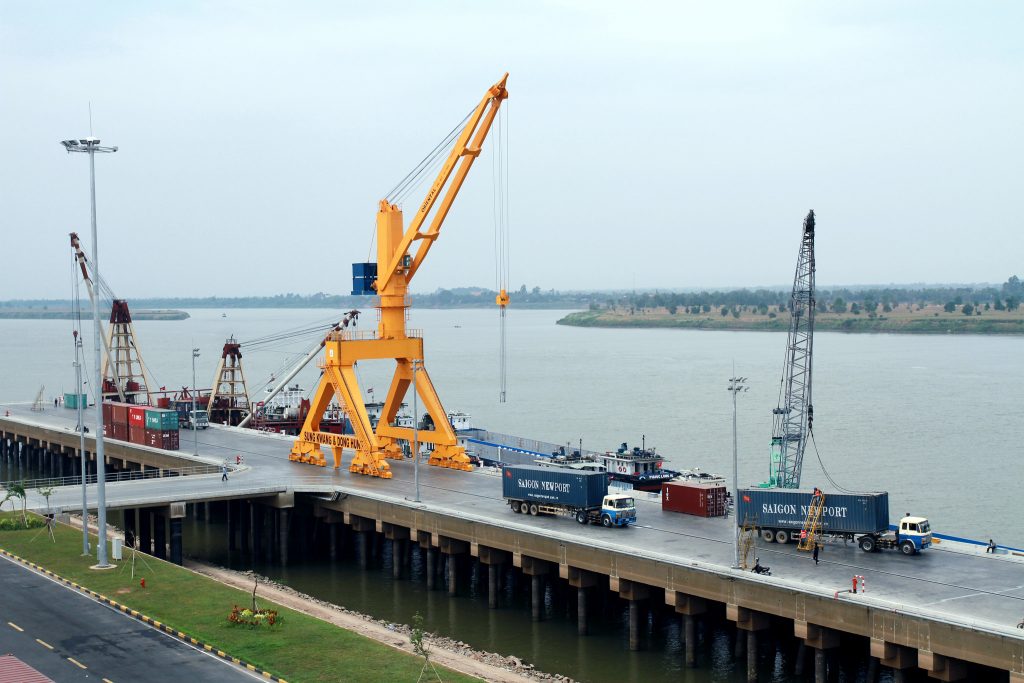 The Comprehensive Cambodian Peace Agreement, commonly referred to as the Paris Agreement, is seen as the beginning of foreign aid to the country that we now know as Cambodia. This agreement marked the beginning of normalized international relations between Cambodia and the rest of the world. Cambodia’s largest bilateral donors, Japan1 and the United States, resumed normalized foreign relations (and at that time this meant giving aid) in 1993.2

Foreign aid to Cambodia comes in several forms: Multilateral (international organization made up of several member countries i.e. The ADB and World Bank), Bilateral (country to county aid) and through non-governmental organizational (independent organizations that receive funding from donor nations and multilateral agents). Cambodia relies heavily on foreign assistance – between 30 and 40 percent of the central government’s budget depends on foreign aid.3

Since the early years of foreign assistance, Cambodia has agreed to support many international standards for aid recipients. Most recently, The Millennium Declaration was adopted in September 2000. This agreement establishes a set of time-bound and measurable goals and targets for combating extreme poverty, hunger, diseases, illiteracy, environmental degradation and discrimination against women4 and in the case of Cambodia has added mine clearance. As of mid-2015, the Millennium Declaration has begun to be replaced with The Sustainable Development Goals (See UN AID) as the new guidelines and aims for member countries to be working on. These targets are meant be the subject of aid funded projects and programs in Cambodia.

While there is little explicit legal framework regulating donor and development assistance in Cambodia, there are clear development goals and mechanisms in this sector. Despite the lack of a specific law, the Cambodian Rehabilitation and Development Board (CRDB), under the Council for Development of Cambodia (CDC), is the authorized focal point for aid management. All bilateral and multilateral foreign aid is directed to the CDC then disbursed to its target project or purpose. The CDC must approve all projects sponsored by any party, other than the Royal Government. Once this is done they are referred to as Qualified Investment Projects (QIP). QIP are then able to request and receive funding. The RGC publishes presentations and press releases for most of their development partners5 in order to make this process more transparent as required by most bilateral and multilateral aid agreements and forums.

In order to achieve the goals set out, the Royal Government has enacted the “Rectangular Stagey.” This strategy is described as, “an integrated structure of interlocking rectangles”.6

Now, Cambodia is enacting Phase III of the regulatory strategy.7 Phase III builds on the original Rectangular Strategy and Phase II that had guided national development in the period 2004-2008 and 2009-2013 respectively. The National Strategic Development Plan (2014-2018) is the regulatory and developmental framework that will be operationalized in the third phase of the Rectangular Strategy. The European Union and the Swedish International Development Cooperation Agency (SIDA) have agreed to provide a grant of €33.1 million to support the third phase of the reform program.8

In this phase, Cambodia intends to pivot away from the traditional partnerships for development to a more regional and “south-south”/Asian direction. This can be seen in the large sums of aid, both bilateral and multilateral, coming from Asian sources (see The Cambodia ODA Database). This phase also seeks “to strengthen partnerships, achieve results and to develop sustainable capacities by linking to national planning, budgeting and monitoring frameworks while ODA (Official Development Assistance) becomes more closely integrated with the Government’s reform programmes to build effective institutions”.9

Not until recently, Cambodia has been classified as a “low-income economy” (which is defined as a country with a GNI per capita $1,045 in 2014)10– with a GNI per capita of $1,020 – making it a high priority recipient of foreign aid. However, Prime Minister Hun Sen announced on June 28, 2016 that the country’s per capita income is predicted to reach $1,301 by the end of the year.11 This was confirmed by the World Banks 2016 review which moved the kingdom up to a “lower-middle income economy” – defied as a country with a GNI per capita of more than $1,045 but less than $12,736 in 201412; these standards are recalculated every July. Now that Cambodia is a lower-middle country, the amount of foreign aid is expected to be curtailed.

Cambodia’s country re-classification is a sign of progress for the nation but poses some challenges. Now, Cambodia is a lower-middle income nation where the amount of international aid is expected to be diminished. The amount of aid has decreased in recent years, but this will be even more dramatic in the future. This will cause some issues seeing that 30%-40% of the national budget is made up of foreign funds. Cambodia’s ODA as a percentage of its expenses has been dropping in the last decades. This indicates that GDP is on the rise while the ODA is making up less and less of foreign assistance.

Related to development policies and administration