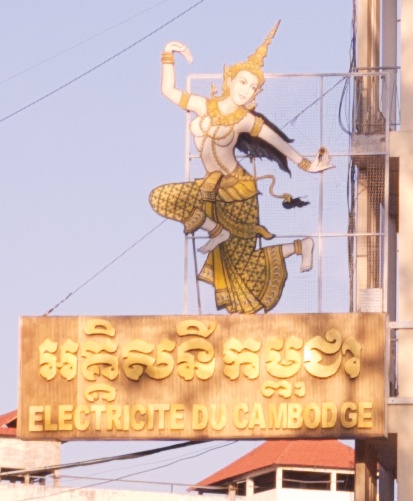 Low electrification rates and over-dependence on fossil fuel imports have contributed to Cambodia ranking 120 out of 124 nations in the new World Economic Forum’s Global Energy Architecture Performance Index Report (EAPI) for 2014. The score is calculated by averaging the country’s scores in economic growth and development, environmental sustainability, access to energy and energy security.1 A significant shortfall of energy supply remains one of the greatest challenges for the Cambodian economy. Developing the energy sector is a key priority of the country’s National Strategic Development Plan for 2014–2018.

According to the Master Plan of the Ministry of Mines and Energy, all 23 provinces and Phnom Penh will be connected to the national power grid by 2018.2

The Power Sector Strategy 1999-2016 aims to ensure a nationwide energy supply at affordable prices, so as to facilitate investment and development of the economy. The strategy encourage the exploration and utilization of socially and environmentally friendly energy resources.3

The Renewable Electricity Action Plan (REAP) 2002–2012 aimed to provide cost-effective and reliable electricity to rural areas through renewable energy technologies.4 As part of REAP, Rural Energy Fund (REF) was formed in 2005 with World Bank assistance, and transferred to EdC in 2012. Throughout 2013, EdC provided US$4 million in funds for the REF to provide grant assistance for electricity connections to rural households, units of home solar power systems  and funds for private licensees to invest in electricity infrastructure in rural areas.5

The Renewable Energy Development Program aims to target the remaining 30% of rural households through national grid electrification, mini-grids, and battery lighting. Through the 2006 policy, the Master Plan Study on Rural Electrification by Renewable Energy was developed to guide the implementation of renewable energy projects and programs. Hydropower has been seen as key to achieving these goals with a planned 70% of all future power in Cambodia being generated by hydroelectric dams. 15% of rural electricity is targeted to come from renewable energy sources by 2015.6 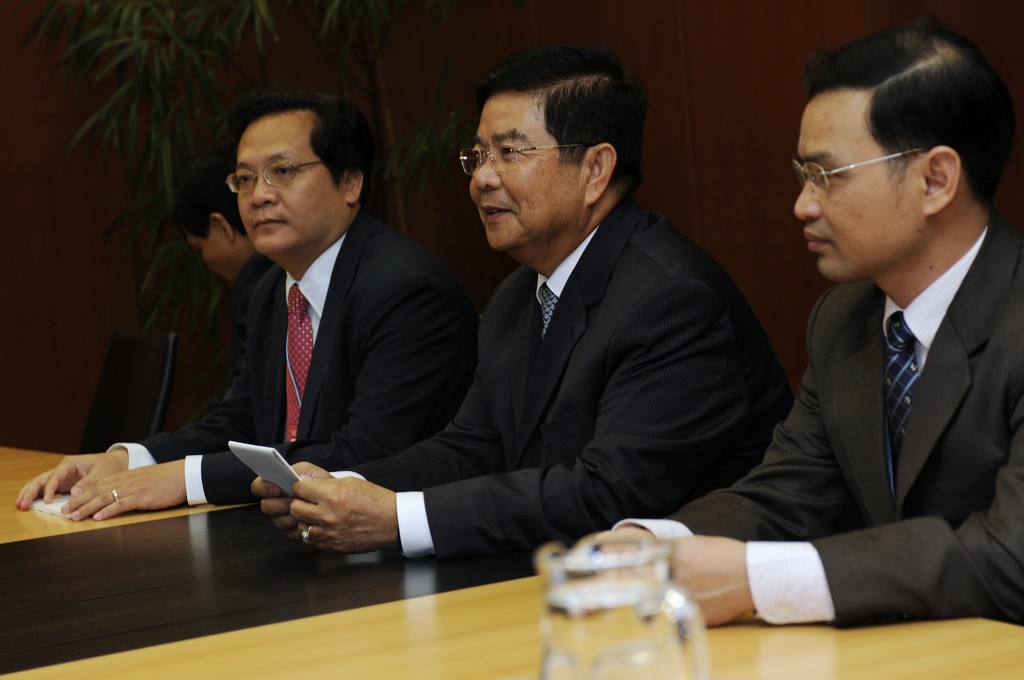 Meeting between IAEA Director General Yukiya Amano and HE Mr. Suy Sem, Minister of Industry, Mines and Energy, from the Government of the Kingdom of Cambodia. Photo by IAEA Imagebank, taken on 25 November 2011. Licensed under CC BY-SA 2.0.

The Electricity Law was passed in early 2001 with the aim of regulating the power sector, protecting consumers and ensuring a reliable and adequate supply of electricity at a reasonable cost. The law also sought to promote private investment and ownership of power facilities, and to encourage competition in the sector.7

The roles of the main actors in the power sector are set out below.