Cambodia’s forests have seen a significant reduction of total forest and dense forest cover in recent years, the growth of plantations, particularly rubber, the creation of protected forests and community forests, and a serious ongoing problem with illegal logging. 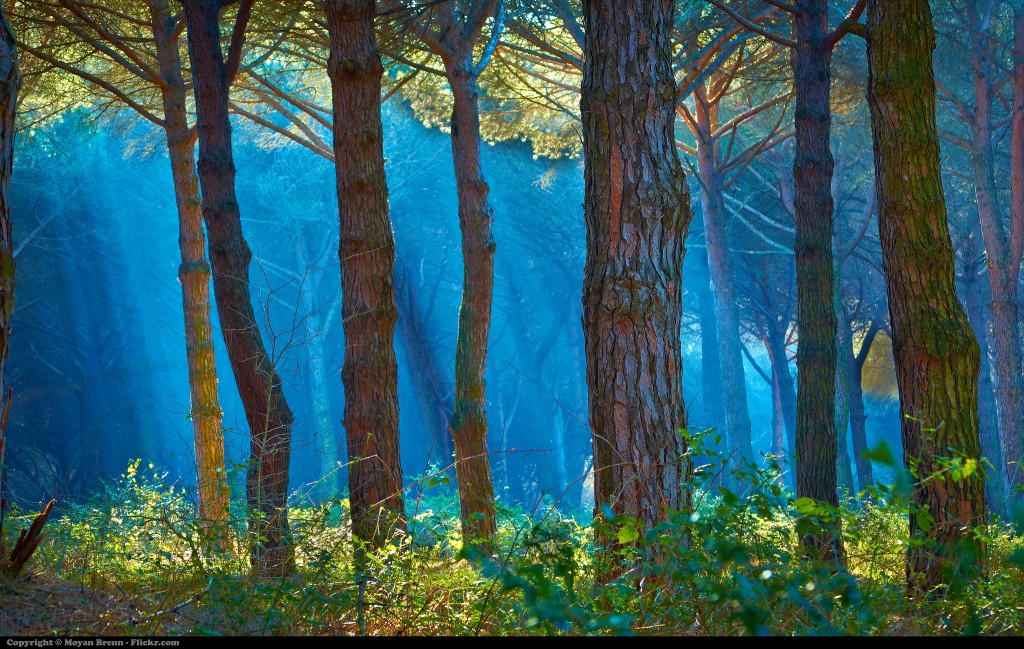 You can find an interactive visualization of forest cover change on the Forest cover study page.

Given that around 80% of the Cambodian population is rural, forests play an important role in many people’s lives as a source of food, medicine and building products, and as a source of materials and goods for small business ventures. Beyond issues of livelihood, forests also have heritage, cultural and spiritual importance for many people.

The Forest Law of 2002 “defines the framework for management, harvesting, use, development and conservation of the forests in the Kingdom of Cambodia.”2

Forests are managed by the Forestry Administration, part of the Ministry of Agriculture, Forestry and Fisheries.

How forests are managed has a very significant impact on many areas of life, well illustrated in the mission statement of the government’s National Forest Program 2010–2029:

“Our overall MISSION is to advance the sustainable management and development of our forests for their contribution to poverty alleviation, enhanced livelihoods, economic growth and environmental protection, including conservation of biological diversity and our cultural heritage.”3

The National Forestry Program consists of six major programs, to be implemented and monitored over 20 years:

The risk of loss of Cambodia’s forests has long been recognised and addressed in many ways. Cambodia’s Millennium Development Goals, for example, included the specific target (part of Goal 7) that Cambodia should maintain 60 percent forest cover by 2015,5 but this was not met. As noted above, current forest cover is much lower, at around 48%.

Protected forests are generally established under individual sub-decrees, specifically for the purpose of protecting biodiversity and conservation. An ODC dataset lists 9 protected forests, from one of 2285 ha in Takeo to the 401,313 ha Central Cardamom Mountains protected forest. These forests are managed by the Forest Administration, sometimes with expert assistance from bodies such as WWF.

Many rural communities are dependent on forests for at least part of their livelihood, including indigenous communities in Ratanakiri, Mondulkiri and other provinces.

The Forest Law provides a legal basis for rural communities to use and help manage forests through community forestry. The 2003 Sub-decree on Community Forest Management set out rules for the establishment, management and use of community forests in Cambodia. An ODC dataset lists 337 community forests, ranging in size from 10 ha to over 5000 ha.

A number of projects are helping communities to protect their interest in forests. In March 2018, for example, a 5-year, $3.4 million project supported by the European Union and WWF was launched to assist Mondulkiri forest communities. The project aims to help 2,000 households in 34 villages inside two national protected areas to protect their forests from external pressures.6

Forest products fall into two categories: products such as resin, foods and animal fodder, beeswax and construction material collected on a small scale by individuals, families and communities, and larger scale commercial production.

Large-scale plantation forestry income accounted for $390 million in 2011,7 or 3.2% of GDP. Rubber and palm oil, the key tree products in Cambodia, were the first and second biggest export products by value in 2011.8 The area under rubber has grown markedly, especially within economic land concessions, although the price of rubber has fallen by more than half since early 2011.9 The Ministry of Agriculture, Forestry and Fisheries says the country had more than 325,900 hectares of rubber plantation in 2013.10 By mid-2017, this had grown to 433,827 hectares.11

There are very frequent reports of illegal logging in Cambodia and export of illegally logged timber involving people across all levels of society. Government and provincial officials as well as members of the armed forces and police have been investigated or arrested on many occasions. In February 2015 the international NGO Global Witness issued a report that named a prominent Cambodian businessman as being involved in large-scale illegal logging with official collusion.12 Logging has been carried out illegally in protected areas and wildlife sanctuaries. There are obviously no reliable statistics for the volume or value of luxury timber illegally cut and exported, but it is likely to be substantial.13

In January 2016 Prime Minister Hun Sen ordered the creation of a commission to combat illegal logging, with a pilot scheme in six provinces.14 Leading conservation groups have welcomed the action and pledged their support, but expressed concerns that it may be merely for show.15

A 2018 report by the Environmental Investigation Agency says that illegal logging is continuing, with the timber going to Vietnam:16

Related to forests and forestry